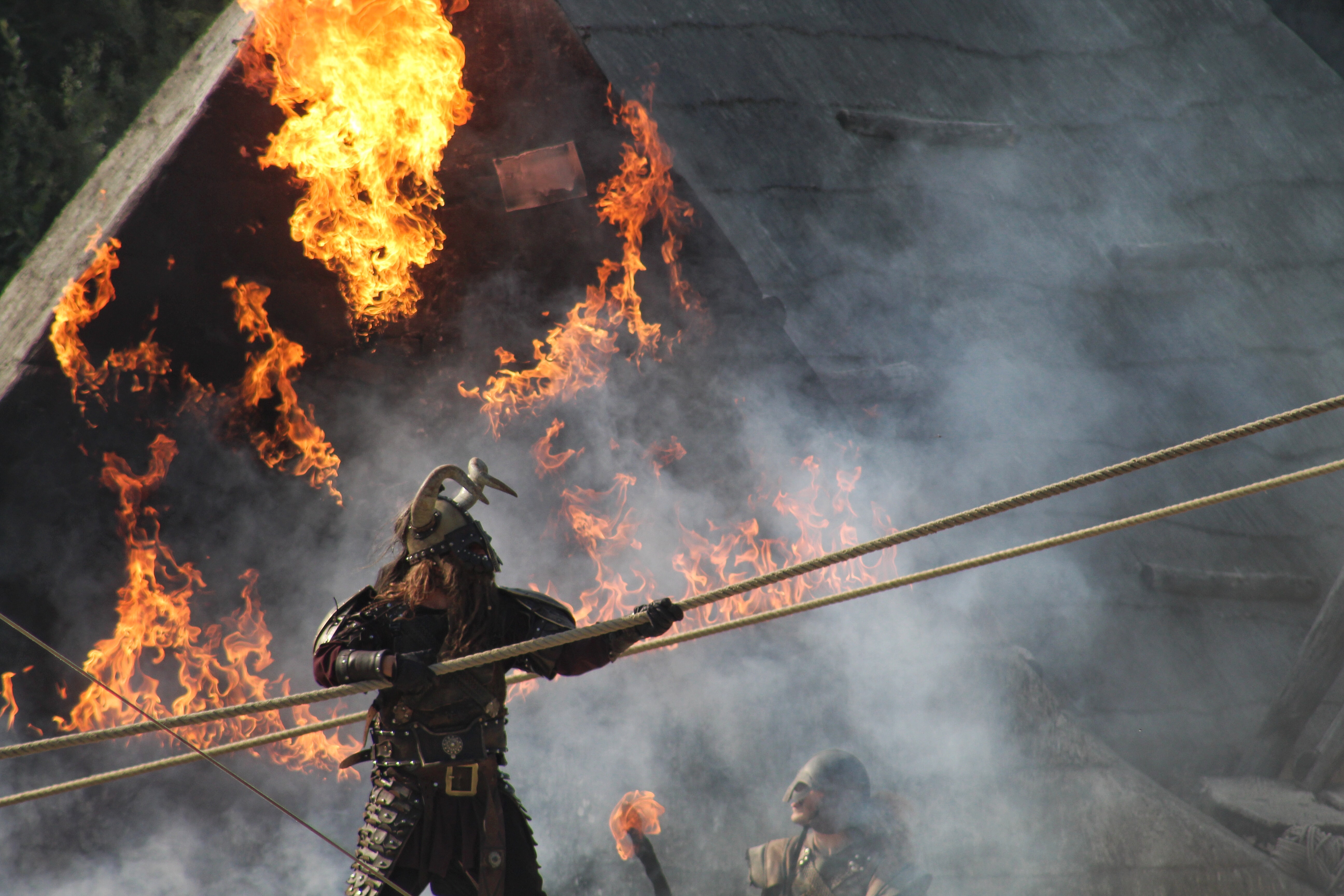 If the plot essentials of the Bard’s Hamlet (or, say, The Lion King) have eluded you to date, Robert Eggers’ brutish Viking fantasia puts it in plainspoken terms. The above mantra is not all that needs to be known about outcast Danish prince Amleth, but it’s most certainly all he cares to know about himself. Prince Amleth is a man on a mission wherein introspection is besides the point; after all, nothing stops a death wish in its tracks like common sense.

In the gnarly 10th Century Scandinavia of The Northman, “To be or not to be” is no question at all. Death is the most aspirational of life goals, with the race from cradle to tomb on pretty much from birth. This is a world in which no Father worth his salt allows himself to reach his son’s adolescence without meeting a gruesome end. A world where, once a certain cutoff point is reached, a man is allowed but one bottled tear for the remainder of his hopefully short lifespan, lest he be so ungodly as to shed any more. A world where dying gloriously counts for so much more than living remotely well.  Even the ball games are auditions for a private audience in Valhalla, with all the skull-crushing, face-smashing conviction that entails (it’s one area where 10th Century Scandinavia seems not so different from today).

The Northman is Hamlet by way of Wrestlemania, soaked in steroidal machismo so unselfconscious as to be almost comical. Yet Eggers and co-writer Sjon are not laughing, and one comes to miss the knowing absurdism of the director’s last feature, The Lighthouse. That pic took two briny barnacle men (Willem Dafoe and Robert Pattinson), deposited them in a seething cauldron of boredom, paranoia and sheer, crazy-making sexual frustration, and let them cook. When pushed to the limits of sanity by the elements and each other, these overgrown boys responded by feverishly performing manhood for one another’s eyes only. The inherent comedy and indeed, the homoeroticism of this performance was not lost on The Lighthouse, but The Northman greets the spectacle of absurdly jacked men grieving before a campfire with stony seriousness.

Now, one might be getting ahead of oneself. After all, it would appear that Eggers, Sjon and buffed up producer-star Alexander Skarsgard’s sole ambition is to conjure up a yarn worthy of a midnight congregation of The Ancient Ones; a tale to inspire much drinking of mead and beating of chests and howling at the moon. Judged on these merits, it’s hard to witness Skarsgard pounce upon an assailant, wrenching his throat from its natural resting place with his teeth, and not deem the image worthy of such a tale.  And that is far from the most metal image The Northman has on offer. One thrilling, vertiginous vision of Valhalla’s embrace follows a lone rider over the edge of a cliff, then up, up, up and away, riding skyward to the gleaming gate in the sky that awaits. In every moment, Eggers’ movie strives to capture the mythic grandeur of ancient baroque art or heavy metal album covers. To inject the slightest hint of self-awareness or, God forbid, genuine feeling would surely extinguish its mojo. The movie is as ruthless in its single-minded pursuit of its goal as its hero, that goal primarily being to be as apocalyptically hardcore as possible (let’s just say you don’t introduce a volcano early in your story without the implicit promise that our hero will be headed there before this is over). But one can’t shake the feeling that in the process, both lose sight of the more interesting, idiosyncratic details to be taken in along the way.

The distinctive strangeness that marked Eggers’ prior historical fables is not wholly absent. Flatulence once again has a role of unexpected portent to be played in this opera; animals and severed heads still have wisdom to dispense; Bjork plays a blind seeress with otherworldly menace. Yet in place of the archaic, flavourful history speak of those past ventures is a succession of grunts, growls and bellows. In place of Pattinson and Dafoe’s warped intimacy is the coupling of Skarsgard with Anya Taylor-Joy’s warrior witch, a pairing predicated on a romantic chemistry that can be generously described as negligible. The Northman is firmly a plot-driven endeavour, and perhaps what ultimately makes the affair more wearying than energising is the simple fact that it’s hard to determine what exactly the point of any of it is. The same query could, of course, be posed to its hero, determined to cut a bloody swathe through his enemies to no particular end other than to eventually die gloriously in the process. The refusal of either to answer this query, even to consider it, renders The Northman a curiously insular and even claustrophobic experience. So trapped are we in our hero’s blood-addled mind that by the time the movie is finished hammering us into submission, bloodshed seems about the only thing with any meaning, and the meaning is that there is no meaning at all. But I suppose that’s heavy metal for you.