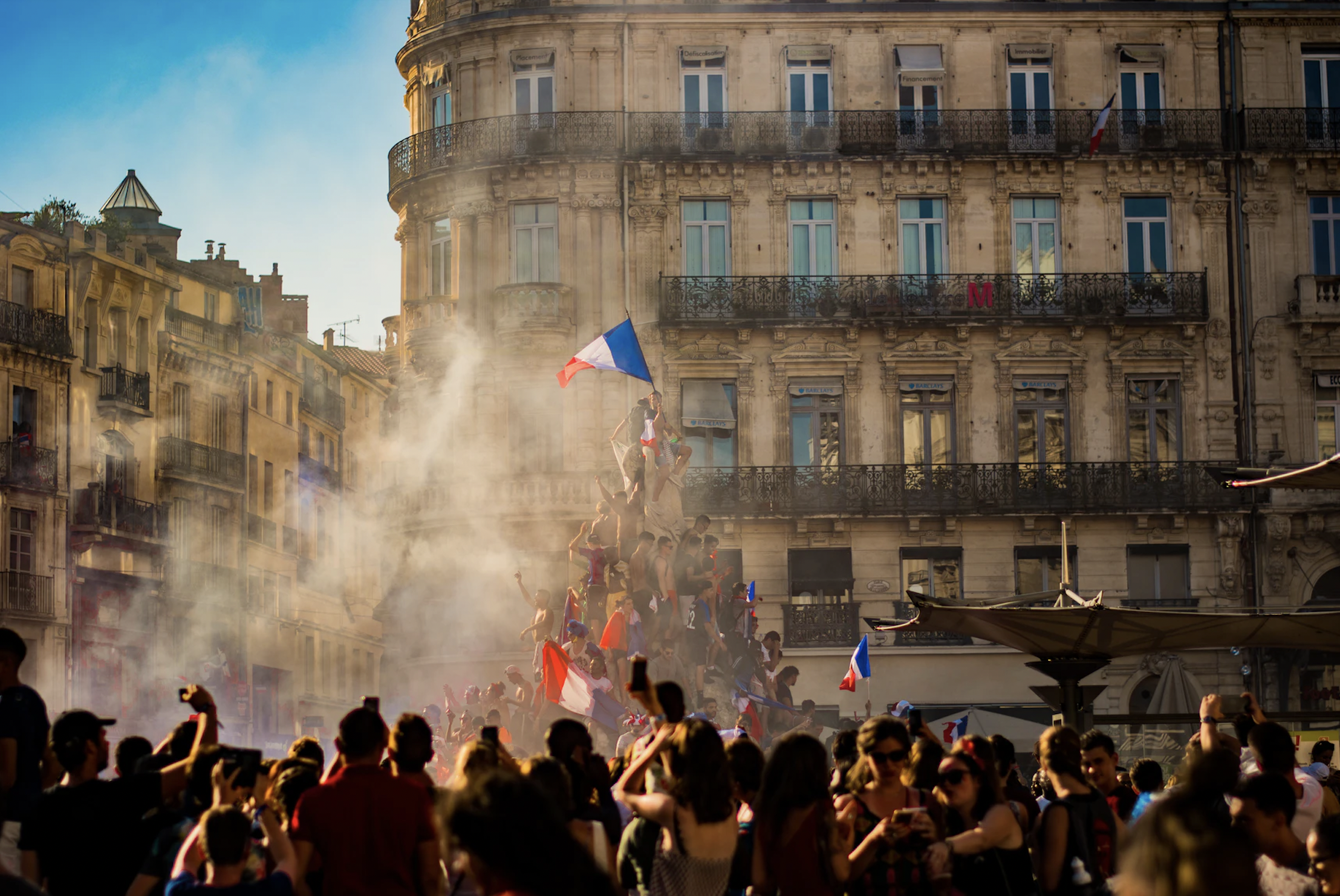 It has become evident, particularly following the ‘gilets jaunes’ debacle, that a considerable proportion of the French population feels alienated from the Parisian epicentre and blatantly ignored by moderate politics. As a friend, Thomas Camara, brilliantly put it, ‘the May 68’ revolt sowed the seeds of social discord rather than those of fraternity’. But what does this hellish state of unrest in a country that was once a beacon of liberty and order tell us about the dwindling notion of national belonging?

In the past, western countries were inclined to propose a clear national model. They took pride in the handful of deeply-rooted principles that characterised their cultures and made them more or less attractive to the external observer. The French peasantry, mistreated though they were, united under a tyrannical figure and flag. However, post-modern notions of morality have made the concepts of universalism and acceptance the utmost concern of leaders, granting them little space to build a distinct notion of what it means to be French, or British; and those who were once oppressed but united have lost the latter. It is only natural that a figurehead for the notion of being French would leap out of the rubble; someone the provincial ploughman could feel represented by, someone to tell him that he will always remain the essence of ‘true’ France and the backbone of the country.

This observation of the dissipating identity of nations was brought to the political table by Eric Zemmour. It is not only potent, but perhaps the most important issue facing France today. The streets are swarmed with people who feel that they do not belong and division wreaks havoc. More often than not, if one were to ask a Frenchman of African descent where he feels his home is, he would answer in a heartbeat with the name of his country of origin. However, once the observation has been made, an honest thinker tries to address what is at the root of it, asking questions such as: What is it that makes our country so unattractive and rotten that a Frenchman (whose family has moved to France generations ago) reside on its soil for nothing more than economic prosperity, and not in order to be French? Is the French model so profoundly corroded that it has become repulsive? Naturally, the answers are as complex as the plethora of reasons that makes such questions relevant; and a presidential candidate scarcely has the resolve to explain such things to the general public.

As a result, characters such as Mr Zemmour opportunistically step forward, proposing solutions that are misleadingly simple to attract the uneducated. A good example is his emphatic proposition of a net-zero immigration system which, as well as being impracticable, does not strike at the root of the issue: the division exists largely between fellow Frenchmen. The ones whom he attempts to blame for the shipwreck were born on French soil, to French parents. This, of course, is much more difficult to admit; and means that the issue is more deeply ingrained than a populist, with seemingly unambiguous answers to a crisis that originated centuries ago, would have us believe.

Mr Zemmour is the culmination of the profound helplessness that cripples the hope of the forgotten citizen, who feels that the country he once belonged to is vanishing in a great cloud of neo-liberal thought. By virtue of being the only candidate to acknowledge this momentous issue, he takes the liberty to victimise himself and his supporters whilst proposing radical solutions which he knows to be riddled with utter falsehoods.