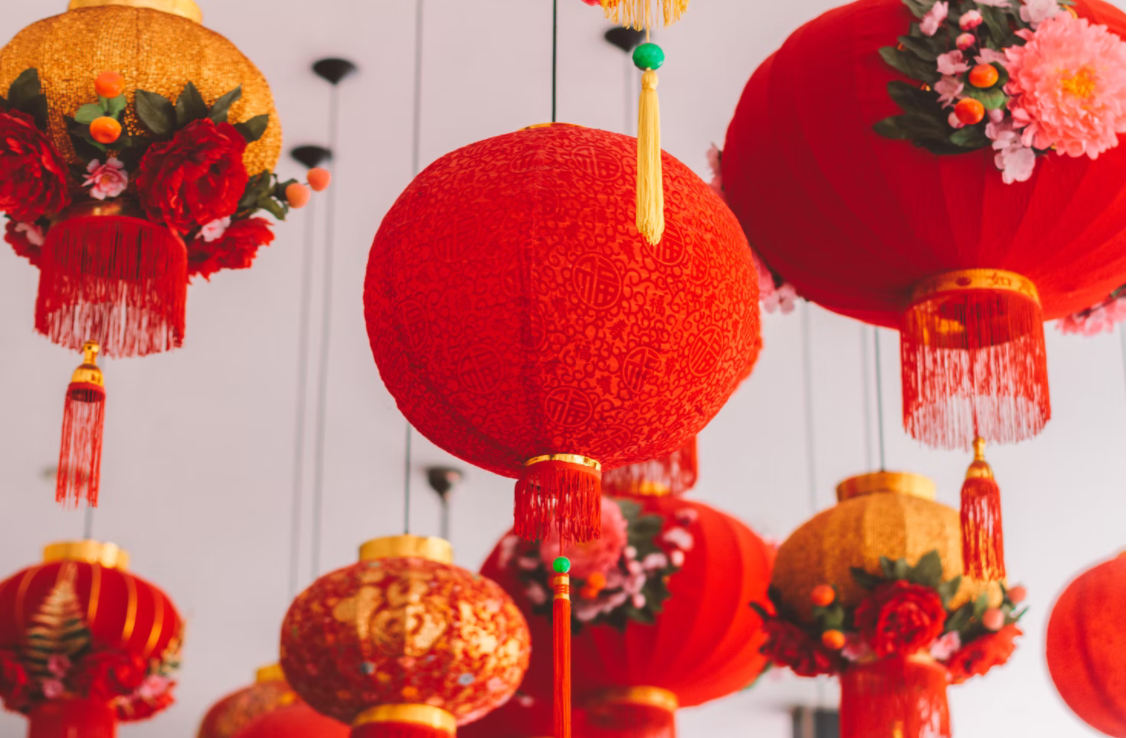 Year of the Tiger: off to a roaring start

You may have seen red Chinese lanterns and paper cuttings hanging in windows and across London. If you were unsure of what this was, you may have later found that it was for Chinese New Year. Chinese New Year was celebrated Tuesday the 1st of February 2022.

What it is: Chinese New Year is a festival that celebrates the beginning of a new year on the traditional solar and lunisolar Chinese calendar. This celebration is also referred to as the “Lunar New Year.” This year, the festival started on the 1st of February and ended on the 15th of February, marked by the Chinese Lantern Festival. This year is the year of the Tiger, which comes from the Chinese zodiac, and it’s considered the king of all beasts. Those who are born in the year of the tiger are thought to be very loyal to their family and have strong relationships with other people in their life.

Who celebrates it: Chinese New Year is celebrated by millions of people worldwide, mainly in the countries of China, Vietnam, North and South Korea, Mongolia, and other parts of Asia.

Why we celebrate it: This celebration consists of removing the old and bad, and welcoming the good and new. It is a time to honour the heavenly gods, ancestors and the household, whilst exorcising evil spirits and praying for good harvest.

When it occurs: As Chinese New Year/Lunar New Year depends on the moon, the date changes each year, however, it falls between the 21st of January and 20th of February.

How to celebrate:Chinese New Year’s celebrations start on the eve of the New Year and finish on the 15th day, with children and adults joining in on the sixteen days of fun and festivity. On New Year’s Eve, a family dinner, arguably the most significant component of the festival, occurs. Referred to as ‘reunion dinner’, the festivity allows the whole family to come together. As a result, Chinese New Year is considered the world’s largest human migration, with three billion trips made across China in 2019. With the family together, gifts are exchanged. Children and unmarried relatives receive red envelopes containing money. Finally, the celebrations conclude on the 15th day of the New Year, the Lantern Festival. The event is jam-packed with engaging activities, from stilt performances to the renowned lion and dragon dances.

It would be remiss not to mention the assortment of food items prepared and consumed during the celebrations. The most famous Chinese New Year dish has to be dumplings (Jiǎoz), but these are primarily enjoyed in the North. Southerners are more likely to snack on sweet rice balls (Tāngyuán). The pronunciation and round shape of the food are associated with reunion and being together. That’s right, not only are these foods mouth-wateringly good, but they also have a symbolic significance! An essential part of the reunion dinner is fish, whether carp or catfish, as the Chinese word for fish (Yú) sounds like ‘surplus’ and symbolises abundance. Moreover, the head of the fish is placed towards elders or distinguished guests as a sign of respect. Additionally, the two people facing the head and tail of the fish must drink together. Deserts are just as emblematic and delicious, with glutinous rice cakes (Niángāo) loved by the nation during this time of the year. The desert symbolises a higher income or promotion as it sounds like ‘year high’ in Chinese.

What happened this year

This Chinese New Year, people flocked to Chinatown, where, despite the lack of parade due to COVID-19, they were able to bask in the assemblage of red banners and decorations. However, there was an online programme of events where traditional Chinese dragon dancers performed. The London Eye illuminated in gold and red, and the dancers performed in front of the London Eye. Chinese Dragons are used as they are luck-bringers, and Dragon Dancers are performed to scare away evil spirits. Other events include the National Maritime Museum’s Lunar New Year celebrations (including lion dancing, fan making and mahjong) and the Museum of London Docklands’ family-friendly activities and performances.

We hope you tuned into Chinese New Year this year and enjoyed the celebration! If not then no worries! Next year is the year of the Rabbit, which will occur on Sunday the 22nd of January. Until then, “Xīnnián hǎo” (新年好), which ‘New Year Goodness’ or ‘Good New Year’ in Mandarin.