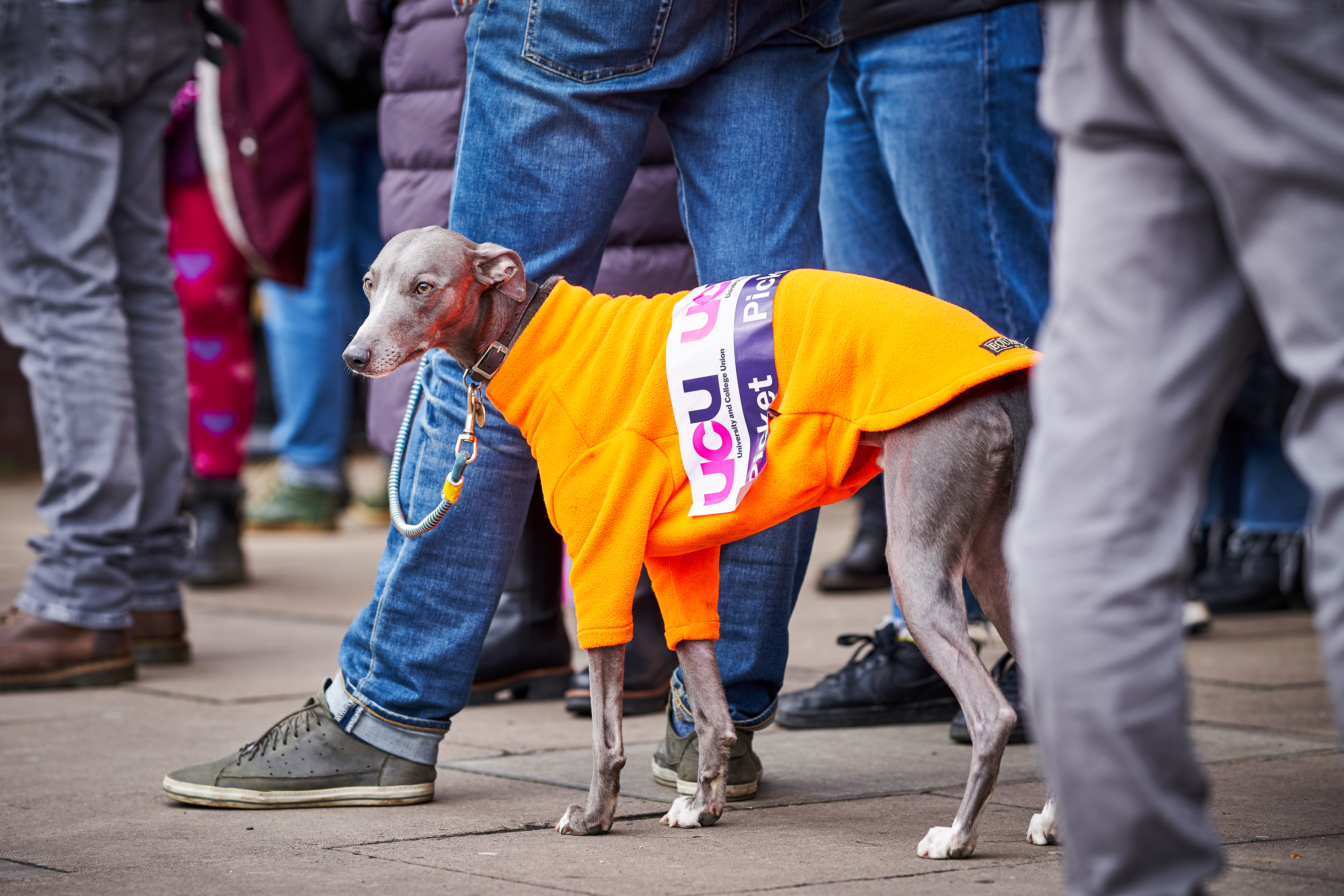 The Higher Education Committee of the University and College Union (UCU) authorised ten days of sustained industrial action on Wednesday 19th January, including staff strikes at higher education institutions across the country. Since February 14th staff at up to 68 institutions, including Queen Mary University of London, have suspended teaching in order to engage in collective action against what the UCU have described as a “20% real terms pay cut over the past 12 years, unmanageable workloads, pay inequality and the use of exploitative and insecure contracts”.

Faculty striking at Queen Mary cited specific goals to address pay discrepancies along gendered and racial lines, claiming female staff are paid 14% less than their male counterparts, whilst BAME staff are paid 22% less than non-BAME staff – with BAME women suffering a 31% pay gap. Other complaints include real wage depreciation, the increasing casualisation of contracts for academic staff, and unpaid hours – with the average staff member allegedly working an additional 16 hours per week over their 35 contracted hours.

The schedule of the strikes dedicates a week to each grievance. Week 1 focuses on the Universities Superannuation Scheme (USS) pension dispute (Monday 14th to Friday 18th of February). Week 2 focuses on both the pension and pay dispute, running from the 21st until the 22nd of February, and has the highest turnout of UK Higher education institutions with 68 participating. Week 3 focuses on pay and working conditions (Monday 28th of February until Wednesday 2nd of March).

Support for the Strikes:

The announcement received support from a mix of students and local government. The National Union of Students (NUS) offered their ‘solidarity’ with staff participating in industrial action and the final day of strike action is to coincide with the NUS-organised student strike on Wednesday the 2nd of March. Apsana Begum, MP for Poplar and Limehouse, in a letter to Queen Mary Principal Professor Colin Bailey, highlighted the disputes involving pension cuts that left the average UCU member £240k worse off, the gender, BAME, and disability pay gaps, as well as increasingly precarious casualised contracts.

Begum’s letter also emphasised Queen Mary’s position as one of only four higher education institutions in the United Kingdom to make the decision to withhold striking staff’s pay indefinitely until their missing hours are rescheduled. The decision undoubtedly encouraged more moderate members of staff to join the picket line, considering the unpopularity of that specific stance.

Anonymous testimonies from various members of staff were collected in an informative handbook by ‘Queen Mary Community Solidarity’, a group of those in favour of the strike. The statements shine a light on the anxieties, exhaustion and alienation felt by many staff members at the University: “After rent, bills, pension contributions (which are set to go higher) and student debt (yes I am still paying off my tuition fees!) are all taken off from my monthly pay packet (which isn’t at much as you might think), I sometimes actually find myself struggling each month. I’m at a Russell Group uni in London, with a vice-chancellor on a 6-figure salary, and I’m struggling!”

Alongside the UK’s spiralling cost of living crisis, with the energy price cap set to increase by £693 in April, the situation of academics seems to be growing more precarious – a sentiment encapsulated by one protest banner reading: “My colleague would be here, but they can’t afford the train fare on their precarious contract”.

The atmosphere of the strikes was described by participating staff and students as ‘disruptive, yet educative’, featuring teach outs – informal lectures by academic faculty members on a topic of their choosing – and guest speakers, including MP Apsana Begum, across the picket line which falls across East Gate and other entry points. Placards conveying messages of solidarity and hope for “another QMUL” were ubiquitous, alongside slogans highlighting the intense workloads of academic staff: “Staff working conditions are your learning conditions”.

Some feel less enthusiastic about the strikes. Two years of disruptions following the COVID-19 Pandemic and the subsequent restrictions has left many students dissatisfied with their higher education experience. The high costs of tuition, both for home students and even more so for international students, has also fueled further discontent towards the UCU’s decision to pursue industrial action. Despite this, the UCU stressed the last-resort mentality behind their actions, with attempts at reconciliation normally preceding the pursuit of a strike.

Strikes are necessarily disruptive, with the act of suspending one’s essential labour being a key method of placing pressure on university management to pursue fairer policies. The problem, however, lies in which party can hold out the longest and with the recent decision of the USS Joint Negotiation Committee to implement cuts to future pension benefits for UK higher education staff, it seems as if university management can hold out just a bit longer.

In an email to all students regarding the strikes, Principal Professor Colin Bailey said: “a significant amount of misinformation has been spread. On the pensions issue we will continue to lobby for the best possible scheme for our staff, that is affordable and sustainable –  the scheme simply isn’t viable at the moment.”

“The trade union is significantly over-estimating the cuts that staff will see; even with the proposed changes, the scheme will be significantly better than pension schemes available to anyone working in the private sector. In relation to equality of pay: there have been claims that we pay women less than men. This is simply not true: it is illegal to pay women less than men for the same work. At Queen Mary, we are doing better than most in narrowing the pay gap, which is the difference between the average earnings of all men and women within an organisation. We have made good progress so far with closing this pay gap, and are committed to eliminating the gap completely.” He added.

He urged those with questions about the strikes to contact him at principal@qmul.ac.uk or the Student Enquiry Centre.