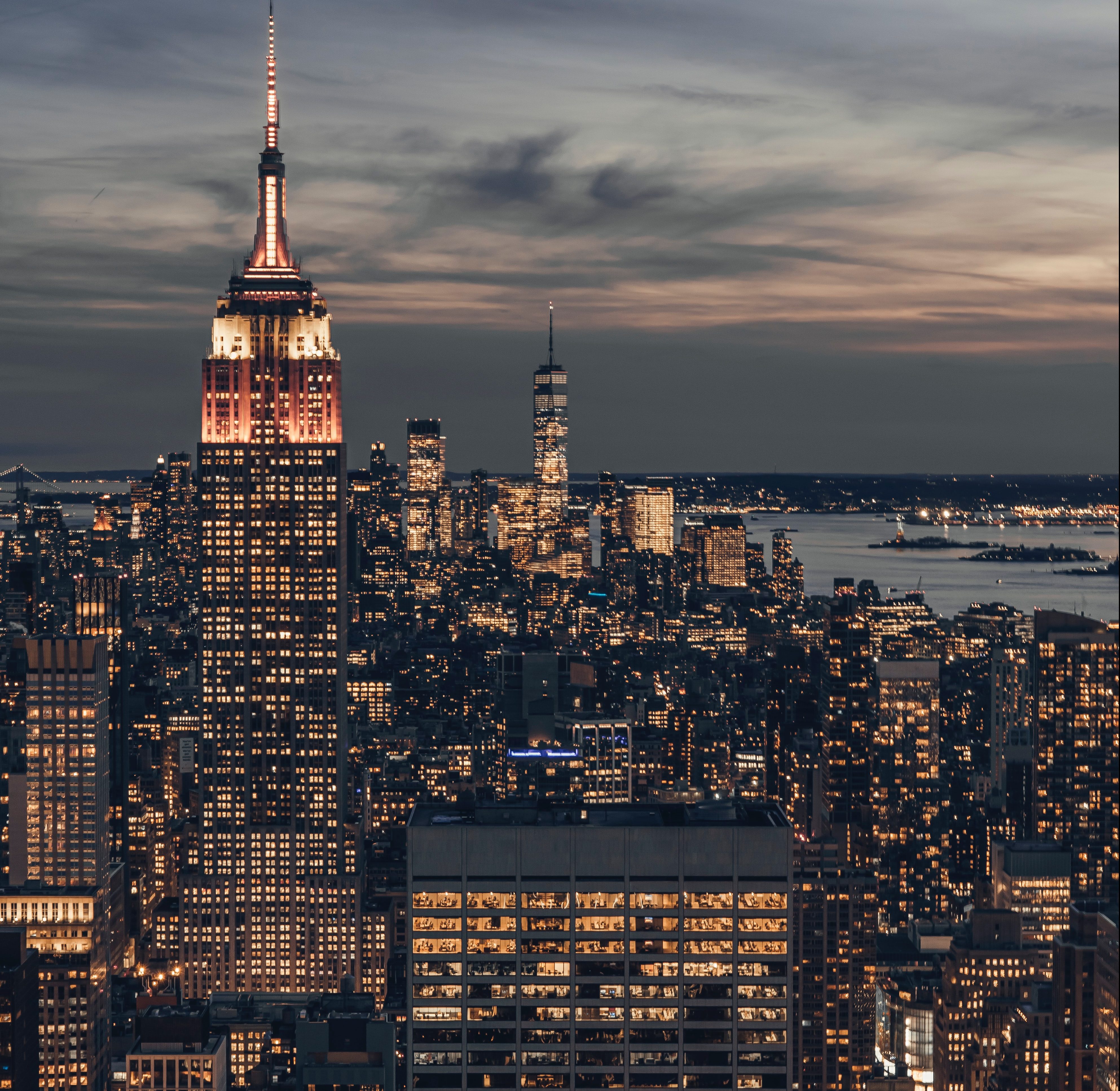 Riddle me this! “When you are convinced that all the exits are blocked, either you take to believing in miracles, or you stand still like…..”

In actuality, this Henry Miller quote resolves with “the hummingbird”, but a Batman would prove just as fitting. Now on his fifth reboot and facing down the looming spectre of superhero fatigue, the Caped Crusader would have due cause to pray for a miracle. What more could stop this latest iteration from playing as what it essentially is: a gritty reboot of a gritty reboot’s gritty reboot; a Russian doll of redundancy? Noble though the effort may be, Matt Reeves’ latest batflick is not quite that miracle, though like the hummingbird it certainly flutters in place prettily.

If there is one definitive quality to which Batman’s eternally reboot-able hold on the zeitgeist can be attributed, it may be adaptability. Over the long course of his post-Adam West cinematic tenure, the embattled nocturnal recluse has been just about everything and gone just about everywhere possible for him to go without deserting the environs of his beloved Gotham City. In Tim Burton’s duo of Art Deco goth operas, Batman was just one more costumed freak in an assorted heap of them, only this one fought for the side of the angels. In Joel Schumacher’s much-derided twin explosions of high camp disco gloss, he was the thumbs-upping, nipple-wearing, one-liner spouting and Bat Credit Card-wielding straight man out to spoil the party for his punning disco queen nemeses. For Christopher Nolan, Batman was the centre of city-spanning crime thrillers, now with added emphasis on the grit and the gravel and the grouchiness. In Zack Snyder’s hands, he was a god in the company of other gods, albeit the most inconveniently tied to gadgets, gizmos and flesh and blood of his compatriots. In his benevolence, he resolved not to smite us puny insects.

For this reboot, director Matt Reeves (Dawn of the Planet of the Apes) and co-writer Peter Craig have settled on a back-to-basics approach: Detective Batman. This time around, the main order of the night for its darkest emissary is solving a mystery; a spate of murders that are rippling through the wealthy elite of Gotham and ensnaring mob boss Carmine Falcone (John Turturro), scrappy survivor Selina Kyle (Zoe Kravitz), and, naturally, Bats himself (Robert Pattinson) in their web. As Gotham’s favourite vigilante and his trusty police sidekick (Jeffrey Wright) cruise the murky, rain-drenched streets to grill various leads, sources and suspects in the city’s sleaziest hideaways, The Batman does, for a time, feel pleasingly small scale. It’s also, at least, willing to put its money where its mouth is regarding its many obvious influences. In place of Burton’s Hammer Horror-aping Halloween wonderland and Nolan’s location-shot Michael Mann cityscapes, this Gotham is plainly redolent of the murky, damply dystopian metropolis of David Fincher’s Seven, the serial killer thriller from which Reeves and Craig have clearly lifted most of their story cues as well. Nonetheless – not least over the course of the pulverising 176-minute runtime – there is something ultimately tired and even desperate about the meticulous genre pastiche that has become the franchise’s natural recourse. As with the blatant Scorsese-aping of the recent offshoot ‘Joker’, the procedural elements of this Batman can’t help but feel like yet another prestige skin among many adopted and shed over the years. It’s equally hard to shake the notion that all this enthusiastic genre cosplaying is ultimately for the purpose of courting an adult respectability that movies centred on costumed heroes and villains have long been in the insecure pursuit of. For all the grotty, tape-plastered crime scenes to receive Batman’s attention over the course of that heavy runtime, a heavier sense that – outside of superficial gestures – there is no truly new ground left for a Batman movie to cover starts to set in. Despite the stripped-down story, more is ultimately the primary mission statement here. More rain! More brooding! More monologues on the fallibility of man and banality of evil! More! So long as it’s ultimately more of the same, that is.

That’s not to say that Reeves doesn’t still realise this latest vision with confidence. Indeed, as its central mystery unfurls in a series of not-too-ingenious puzzles and not-too-surprising reveals, it’s the surfaces that warrant the most attention. The smog-choked, foetid milieu of this Gotham is realised to immersive effect. Even better, Reeves populates it with interesting, well-chosen actors, who offer distinct pleasures of their own. As Gotham’s resident Kingpin, a louche, purring Turturro puts a seductive face on evil. Meanwhile, his co-villains Colin Farrell and Paul Dano wind up on opposing ends of the cartoon spectrum. As a snivelling wannabe mob bigshot, Farrell (despite his baffling prosthetic makeover) spiritedly embodies the ethos that you ought to go huge or go home when playing a comic book villain. As the vlogging serial killer tying it all together, Dano seems to have a similar idea, but his work instead stands as proof that it is indeed possible to do far too much when playing in the same sandpit. Giggling, shrieking and eeelllooonnngggaaatttiiiinnnggg his speech, the actor subs in a collection of vocal tics in lieu of a coherent characterisation.

This brings us to Pattinson. Since Michael Keaton’s then inspired and now well-worn conclusion that a man who dresses as a bat to beat people up must have a few screws loose, it’s been hard for following Batmen to break free of the broody baseline that was set (it bears mentioning that both Keaton and Ben Affleck are set to reprise their iterations of the role in another movie this same year). For his part, the new (Bat)man of the hour is… fine. In the Batsuit – where he spends the majority of the movie – Pattinson projects an undeniable physical authority, appearing elegantly aloof in a costume that has defeated even some of his most skilled predecessors. When the mask comes off, however, his glassy eyed pout verges on the slightly constipated; his hunched gait, mess of dark hair and “You’re not my real dad!” petulance towards his faithful manservant (Andy Serkis) proving more redolent of teen emo than real trauma. He’s best in his scenes with Kravitz as the femme fatale who may be his soulmate. Together, the two find welcome, bittersweet notes of romantic yearning.

During The Batman’s more inspired stretches, it can be tempting to wish that circumstances had permitted it to truly feel like the radical redux it aspires towards, as opposed to well-honed karaoke. But alas, this Batman also has the misfortune to release in the shadow of The Lego Batman Movie. That parody was so precisely targeted at the tropes in which the new Batman is steeped that watching it in its wake can feel equivalent to watching any music biopic in the aftermath of Walk Hard: The Dewey Cox Story. It certainly doesn’t count for nothing to own the tropes that come with the territory and commit to them, and Reeves’s movie undoubtedly does. What ‘The Batman’ ultimately exposes, however, is how hollow a ‘detective movie’ genre/stylistic adjustment to the formula can be. Procedural trappings can only do so much to muffle the faint echo of a familiar tune emanating from the Batman’s boombox:

Is he the shadows? Is he the night? If you do not know the answer to these questions, you likely have never seen a Batman movie before, and the sad truth is that this may make you the ideal target audience for The Batman.