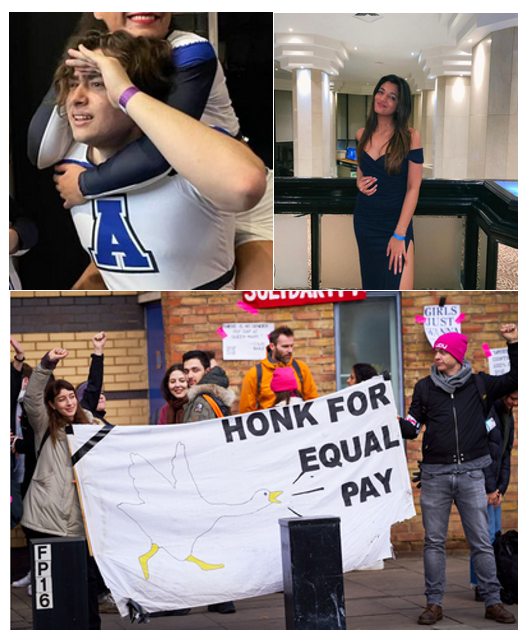 On campus we see so many faces passing by without knowing the stories behind them. As Queen Mary students, we are no strangers to big events and big personalities, and so we wanted to document those involved in all sorts of important moments that make up QM.

For this first instalment of Faces of QM, we talk to Ananya, an international student from India, some students from ‘QM Solidarity’ commenting on the ongoing industrial action, and Jack – a male member of the University’s cheer team. 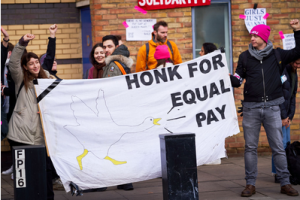 What’s personally motivating you to support the strikes?

I saw inequality! That’s the main reason. Also the many structural struggles and things that students have the power to fix and should fix. It’s time to take action.

Do you feel a connection between students and staff?

Yes because standing in solidarity with the staff means we connect and understand the staff members and connect through relatability.

Another said, “I think there’s a connection but there’s not enough fire from the students. There hasn’t been a realisation of how much our idleness contributes”.

Favourite interaction on the picket?

When I was handing out booklets, a group of guys stopped to talk to me and I told them about the 100% pay reductions and [pay] gaps. They were so shocked and one guy in particular was so mad! They had no idea and said immediately when they get home, they will email The Principal and tell as many people as they can about it. That’s what’s needed!

Do you feel a stronger sense of solidarity or division during the strikes?

Solidarity for sure because even though there are some staff who are not striking and some students who don’t agree with the strikes, the solidarity shines through more than division for sure. Light always triumphs. 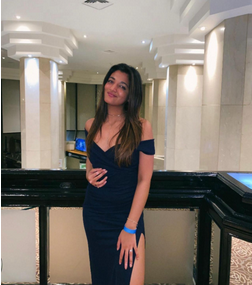 What has been the best thing that’s happened to you since you’ve moved?

Well, I honestly can’t start off with one thing because it’s not only one thing that has happened. My life in India is very different now with the friends I’ve met or study-wise, uni work or anything; all of it has been amazing. If I had to put it down to one sentence, I’ve felt more independent than I ever was in India and that has been a great feeling.

Is that the way you have grown the most since moving?

Yeah! Definitely. When I was in India, we were in a very sheltered situation back home because we had our parents to rely on and a whole familiar environment. Now, you have to do everything on your own, you have to build your own network. You meet others and everything so that’s one way.

What’s your favourite thing about being away from home?

What or who do you miss the most from back home?

If you could bring one thing from India that would make your life here better, what would it be?

And lastly, where do you enjoy being more?

That’s a difficult one (laughs). Both the places have their perks and disadvantages. But I would say now, the UK feels like more of a home than India does! 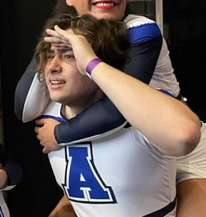 Whats your role in the cheer team?

I am a backspot on the cheerleading team, which means that I make sure that the stunts don’t fall, nobody gets hurt. Basically, it’s the power of the group.

What’s the most fun part of being a cheerleader?

I get to hang out with these awesome people. Becomes like family at some point. And to a certain extent, it becomes less about the sport and about having fun with your friends.

What’s been your biggest accomplishment as a team?

Has to be getting 2nd place at the National Cheerleading Competition and we’re aiming for 1st place at the next one next month. Wish us luck I guess, because we’re doing amazingly well.

Do you feel a stereotype exists about being a male cheerleader within the team?

Yes, there does exist a stereotype where cheerleaders are definitely gay and I don’t agree with that. All the guys on my team are very straight. It’s a very dumb stereotype wish progresses this narrative that only girls can do cheerleading. Nobody that I know of stands for that.

It’s very hard because, when you walk outside with a cheerleading jacket on, people automatically assume that you’re gay. It’s a double-edged sword because people don’t usually come up and talk to you about it but then sometimes, chuds will come up to you and say cheerleading means you’re gay and then they think “Oh it’s easy, I can do it. I can lift girls.” Their only thought is I get to be a guy in a group full of girls.

How have you adapted to help overcome this?

What I’ve been told and what I’ve been taught is to not care what other people think. All I need is my team to accept me and they have done.