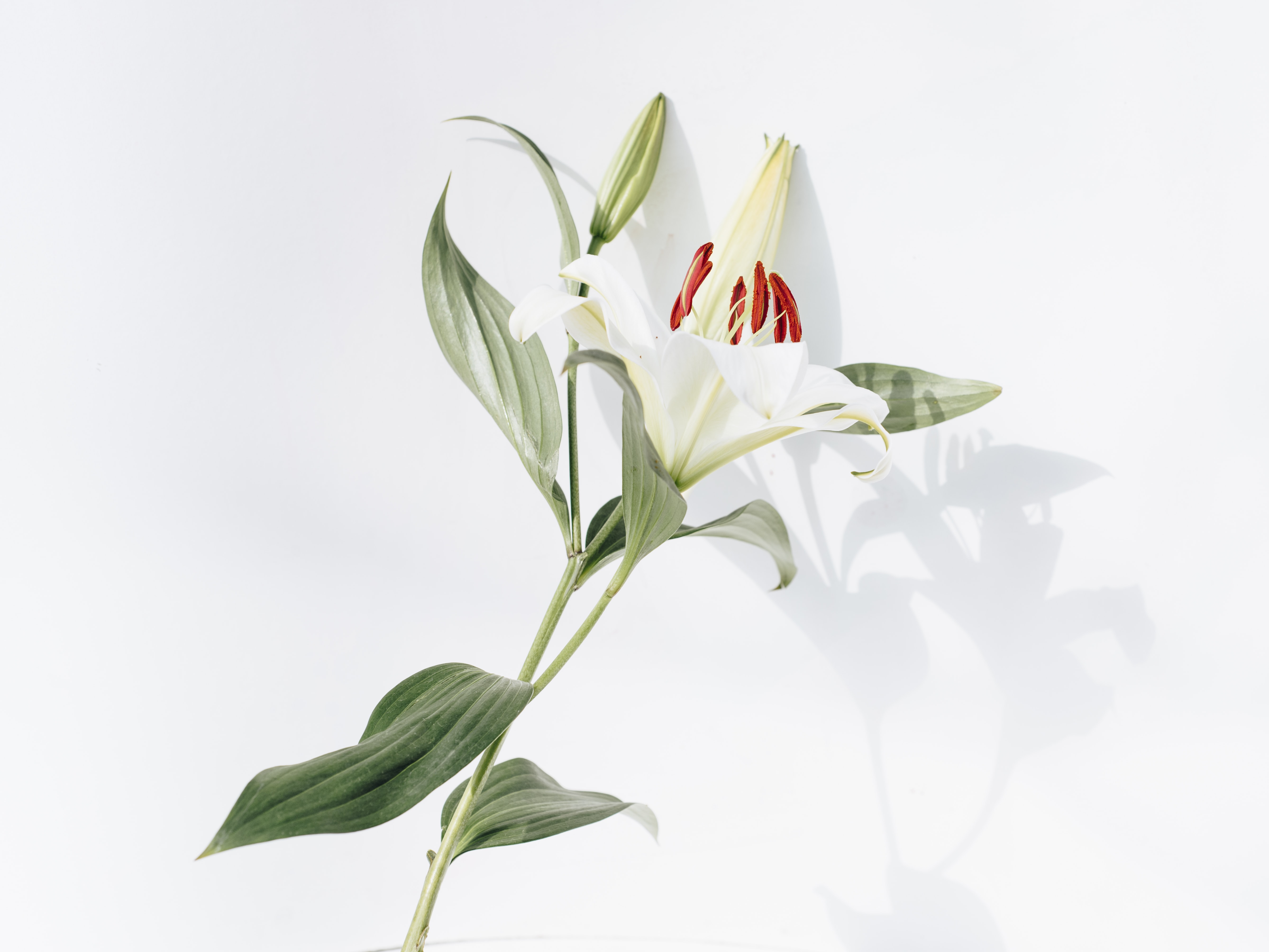 Dealing with grief at university

On a sunny 12th April 2019, whilst at work back home in Brighton, I received a call from my brother.

Our mum had been involved in a collision with a car whilst riding with the local road-cycling club and airlifted to St George’s hospital in London. My family and I arrived at the hospital and met with a doctor who informed us that Mum had experienced a traumatic head injury and was ‘unconscious but in a stable condition’. In order to get a satisfactory recovery, we needed to see improvements in her condition as soon as possible.

We spent the following weeks in intensive care, fuelled on black coffee and sympathy cake baked by friends, waiting agonisingly to see her open her eyes. It became apparent that the impact on her brain was more severe than first thought, and recovery to a quality of life that she would deem satisfactory became an increasingly distant reality.

By August 2019 there had been little, if any, progress towards a satisfying quality of life and future progress was most likely impossible. Medical staff began raising the subject of Mum’s ‘best interests’: what she would want in this situation. As she was unable to communicate her preferences, it was up to her loved ones – her husband, children, mother, and best friend – to paint the picture of this. We wrote letters to the medical staff, and the decision that it was in Mum’s best interests to withdraw her clinically assisted nutrition and hydration was agreed on unanimously.

The Coronavirus pandemic struck the UK in March 2020, and visits to the hospital were subsequently suspended. By June, Mum had begun her process of nutrition and hydration withdrawal and was brought back to the family home. Mum died on a sunny 7th July, in a bed overlooking the South Downs and surrounded by my siblings, dad and myself.

Throughout the following year, I learned some very important and helpful techniques for dealing with grief.

People tend to shy away from conversations of death, using terms such as ‘passed away’ instead of ‘died’. I appreciate that people struggle with the term, but I think that’s a result of us not talking about death enough. Grieving often requires us to acknowledge our feelings, however uncomfortable they are. By talking, we help bring these feelings to the surface where they can be better dealt with.

I found that the more I shared with my flatmates, the more comfortable they became with the subject – it provided a safe space in which discussing grief was not taboo, but instead encouraged, and subsequently acted as a means of dealing with the bereavement. This was important during Covid-19 lockdowns as we were primarily confined to the house, but the lesson can be applied more broadly to an increasingly post-Covid world. By making a safe space amongst those you spend the most time with, it avoids creating a stifling sense of grief which cannot be discussed.

Talking can be done in a professional setting with a counsellor or grief group, or more casually with a friend over coffee. Particularly, talking with someone who has experienced grief may help you (both) feel less isolated.

My final year house was situated right next to a park. From here, I regularly ran a five-kilometre route through the park, and could easily access the Peak District for longer runs. I also played five-a-side football once a week at the university sports centre, played tennis in the local courts, and regularly went to a basketball court just behind the house to compete in the flat’s self-devised league.

It was tough to get the motivation to do any of this sometimes, but time spent exercising helped me work through feelings of bereavement, whilst also acting as a temporary pick-me-up. It may be worth trying to get out for regular exercise, even just walking – a healthy body doesn’t necessarily mean a healthy mind, but it helps. Notably, a strict exercise program with goals is unlikely to be helpful, and may in fact be counter-productive by forcing expectations on yourself.

If you’re struggling to get the motivation to do exercise, try not to look at the bigger picture of going for a run. Instead, just begin by putting on your running shorts – working in small steps and breaking a task down into its components will help to get the ball rolling. Your university has plenty of opportunities for exercise, either on your own, with friends, or as part of a club.

Be kind to yourself:

Grief is complicated and manifests itself in different ways. I don’t think of it as an emotion, but a never-ending process, and in that sense, it becomes a permanent quality of the individual. It’s like learning to walk again, re-familiarising yourself with your body and brain. You may begin viewing or reacting to situations differently than you would have done previously. Don’t get stressed about not functioning the same as you once did – this is a big transformation for your body to go through, and it will take time to readjust.

I specifically noticed that I began running at a reduced capacity with my academic work, and some days I could barely write a word. It was as if my motivation and working week had halved yet the workload remained the same. As such, I had to work twice as hard to construct the same quality of work as I was producing pre-grief. When you’re not feeling able to write that essay, cook dinner, or meet your friend in a plan you made earlier, then don’t. You can apply for an extension, pick up a ready meal, or just take a rain check.

Don’t feel guilty for ordering a pizza for dinner, watching a film on Netflix instead of going to a party, or going for an extended walk during your lunch break. There are no instructions for how your grief will go or how you should deal with it. Everyone is unique, and there is nothing you ‘ought’ to be doing, so don’t set expectations of yourself. Look after your basic needs and make sure you’re getting enough sleep, eating healthily and generally resting when you feel you need to. By looking after your body and brain, you’ll be in a better position to deal with the more complex feelings you experience.

Being kind to yourself begins by acknowledging you require help, in whatever form that takes – helping yourself personally, or asking for external help. My university was incredibly accommodating when I was struggling. Whether this was a personal tutor directing me towards wellbeing services, lecturers assisting me in gathering a case study for an essay, or the academic department creating a manageable timetable for assignments. Staff genuinely cared for my well-being and had the resources to make my academic life more manageable. Speak to your academic department to get the ball rolling. They can put you in contact with relevant actors to support you, and will know the specifics of how your assignments can be adjusted to fit your schedule. Utilise the resources that your university offers and help make life a little easier for yourself.

The same goes for friends. It’s important to remember that people want to help in whatever way they can. Chances are they don’t know how, or even if you want help, and would appreciate you telling them – they want to look after you and make your life easier, so don’t be afraid of asking for help. Whether this involves requesting a chat, asking them to proofread an essay or inviting yourself over for dinner (which I did many times). With regard to talking about it: friends may be uncomfortable with instigating conversations about your feelings in fear of making you upset – they may see that you need help but are too nervous to offer it. Sometimes this requires you to instigate the connection. They’ll be happy to help, and asking them is a step in the right direction.

I hope this short piece has helped you in some way, whether you’re personally experiencing grief, or wanting to know how you can be of assistance to someone in a position of bereavement. Grief is a complicated thing, so be kind to yourself, get help, and take time to remember the deceased party. Cherish the memories you had together, keep telling stories of them, and keep them present in your life through small and frequent acts of memorialisation. Personally, I now bake bread in memory of my Mum, as she once bought me a bread baking lesson for my birthday. The sight, smell and taste of fresh bread now reminds me of her, frequently offering pleasant memories and a bittersweet comfort.