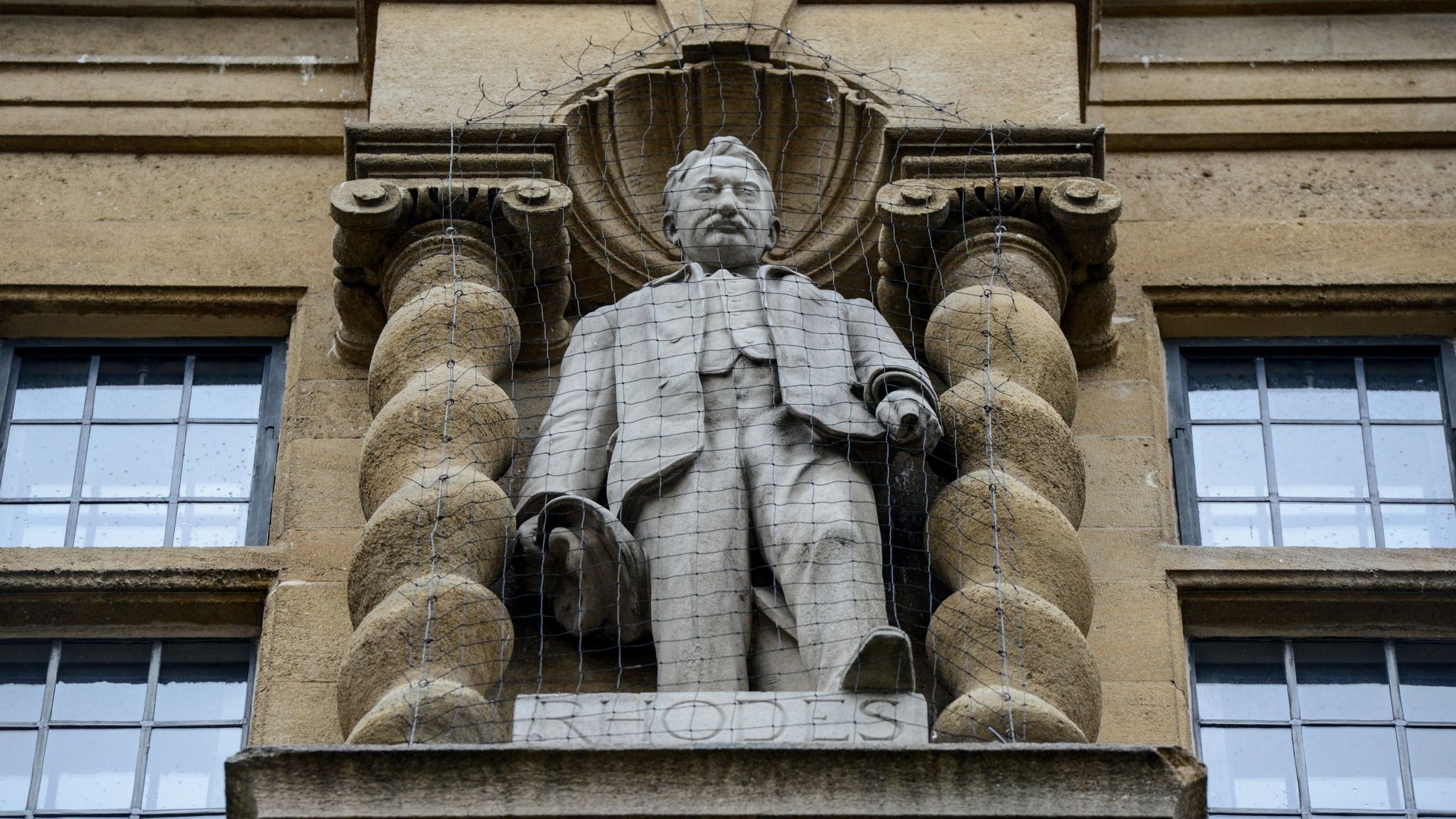 A statue of British Imperialist Cecil Rhodes will remain atop Oriel College Oxford, despite an independent commission recommending its removal.

After months of deliberation, the commission declared that a majority of its members supported the statue’s removal, but Oriel’s governing body rejected the judgment citing high costs and “complex” planning implications.

The commission was set up by the college last June to investigate the future of the contentious statue after hundreds of students and faculty gathered outside the college to protest the memorial during the Black Lives Matter protests.

The stone carving of Rhodes, which stands mounted several meters above a college door, is the target of a longstanding ‘Rhodes Must Fall’ campaign organised by students at the university and has survived a previous ousting attempt in 2016 after large donors threatened to withdraw their money if the sculpture was removed.

Lord Mendoza, provost of Oriel College, told the BBC: “We understand this nuanced conclusion will be disappointing to some, but we are now focused on the delivery of practical actions aimed at improving outreach and the day-to-day experience of BME students.”

The college did accept some of the committee’s other proposals, including a new tutor for “equality, diversity and inclusion” and additional training for academic and non-academic staff in “race awareness”. The governing body also agreed to a virtual exhibition to “provide an arena for contextualisation and explanation of the Rhodes legacy.”

Education Secretary Gavin Williamson expressed his support for the verdict on twitter, calling it “sensible and balanced.” He continued: “We should learn from our past, rather than censoring history, and continue to focus on reducing inequality.”

Susan Brown, Labour leader of Oxford City Council, was less pleased: “I am personally deeply disappointed that Oriel College have chosen today to backtrack on their previous decision to remove the Rhodes statue and ignore the views of the commission on this crucial part of their work.”

“For people in our city this was the most important action that Oriel College could have taken to show an acknowledgement of the discrimination of the past, and they have failed to act” she told the Guardian.

In a statement, the Rhodes Must Fall campaign said: “No matter how Oriel College might try to justify their decision, allowing the statue to remain is an act of institutional racism.”

Cecil Rhodes was a 19th-century diamond magnate and South African colonial administrator. He was instrumental in the founding of Rhodesia (now Zimbabwe), a British protectorate governed by a white minority. He had been a student at Oriel College and left £100,000 (£12.5m today) through his will in 1902, of which around £200,000 still remains.

His endowment also finances the Rhodes Scholarship Programme at the University which funds 102 students from across the world to study at Oxford each year. The eponymous scholarship counts former US President Bill Clinton, Author Naomi Wolf, and three former Australian Prime Ministers among its beneficiaries.

Renowned sculptor Sir Antony Gormley weighed in on the debate in an interview with the Financial Times, suggesting a novel compromise: “I would simply turn him to face the wall rather than facing outwards” to affect “an acknowledgement of collective shame.”