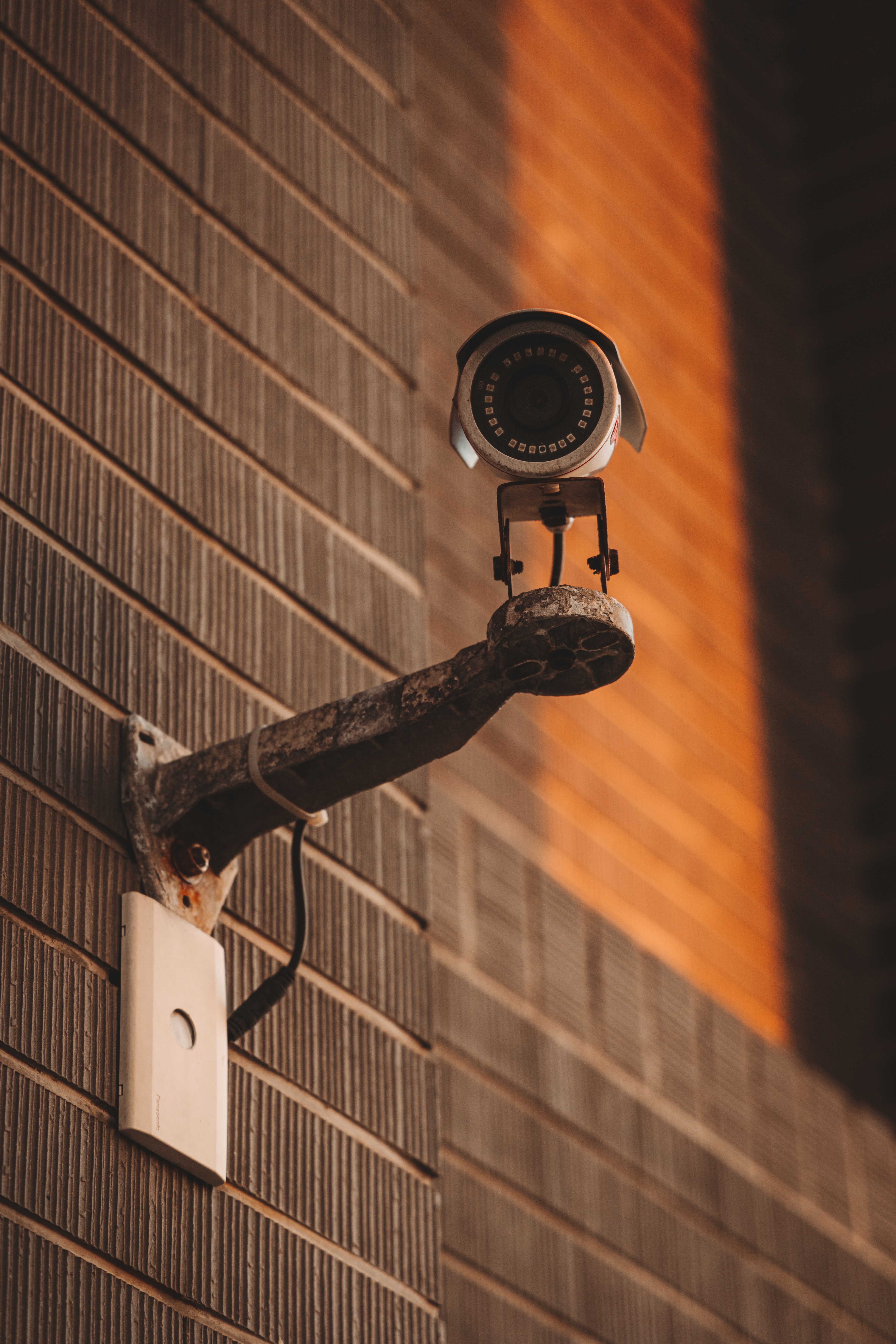 Can you imagine the pain of being stuck indefinitely in one position, staring at the same area and thinking the same thing – why me?

No, this is not a detailed description of a sexcapade with Boris Johnson that I may or may not have had in a wheat field in Tuscany (for legal reasons, this is speculative at best), but instead the inner dialogue of a security camera – the invisible omniscience hovering above us. What might one say, you ask?

The day before student arrivals. I can see it on their faces – the cleaning, administrations, security and teaching staff hold a collective fear of the stampede of young, hormonal teenagers eager to arrive.

A teacher subtly pours into a mug a transparent liquid stronger than that of the water it mixes with. The flavour is visibly more powerful than that granted by the PG Tips Triangle teabag – the shape’s effectiveness a topic that three of the more senior staff members who eat their lunch aside the Geography building had discussed deeply, and with an intensity, matching that of a structured debate, just a few hours prior.

A postgrad seminar leader quietly cries into a tuna and onion baguette, convincing himself it’s the strength of the onions opposed to the marking workload that the lecturer had ever-so-kindly passed on to him as a ‘teaching exercise’ six months earlier.

A student drops a plethora of brightly coloured thongs outside the laundry. Upon picking them up, the rest of her clothes fall to the concrete, rendering her extortionately priced wash useless.

They begin to arrive. A swarm of self-conscious, aftershave-drenched and overtly overdressed soon-to-be university students – each with visions of grandeur and aspirations far removed from the actuality of procrastination and alcohol consumption that will undoubtedly follow.

The first parental beef of the day. Following a heated exchange relating to parking spaces, and in the continuation of an argument relating to what was termed ‘trolly-thievery’ they are speedily separated. The students are embarrassed, and the parents’ egos stroked.

The first outright rejection of the year. A refreshing dampening on the spirits of the otherwise lively hoard of students who have the confidence for courtship. Though cruel to mock, his attempt to begin a conversation by mansplaining her degree of choice warrants little more than an awkward laugh and the resumption of her unpacking.

The day-drinking begins. An all-too-familiar display of pretending to be sober as to not embarrass oneself on the first day of meeting their peers. Seen most identifiably in the overly keen intrigue after asking a question – the intent pure, but the execution ultimately revealing that they’re mere moments from stumbling into a bush or sobbing into a toilet mirror.

All’s quiet – the quiet before the proverbial storm.

It begins. The onslaught of drunken debauchery, intertwined with the individual and relenting quest for acceptance. A group emerges from the canal’s bank, eyes red and glazed, an expression of bliss ridden across their faces as they laugh and collectively enjoy an intimate and momentary manifestation of happiness. For one though, this is brief – it’s hit a little too hard and begins to ‘prang out’ as he exclaims to the group desperately. The sight of a Red Stripe and a drag on a B&H Blue seemed an adequate remedy for his ailments, though.

An exclamation of excitement as a girl thinks she’s got a match on Tinder. To her disappointment, her right-swipe instead was followed by the option to ‘upgrade her like to a super like,’ as opposed to the sought-after match with a man she had momentarily planned her life with – a brief exultation turned sour.

Alas – the first of many women butting heads following self-proclaimed “muggy” behaviour. Though little more than empty threats were countered by a barrage of deeply hurtful comments from both sides – a swift end came as a result of a group of overly masculine Tottenham fans chanting of a long lost glory.

The toxicity in the air rises. Predominantly the result of boisterous and shirtless men, their voices echo through the campus – met by sighs of embarrassment or a clearly intoxicated view of attraction. They roam the darkness, their presence felt by those around them and the remnants of a high-school mentality, projecting their assumed popularity onto onlookers. Though their joviality is admirable, and the ability to consume a kebab in under three minutes a spectacle to behold, the universal irritancy of their audience, unbeknown to them, remains overwhelming.

The next few hours had to be redacted as a result of their explicit nature. What I can say, though, is that tears were shed, sexual desires met and yet amidst it all, a new year had begun. They had not realised it then, but nights like these, though familiar to myself, are rare and few and far between – moments to be cherished in the future, but drunkenly forgotten as they are made.