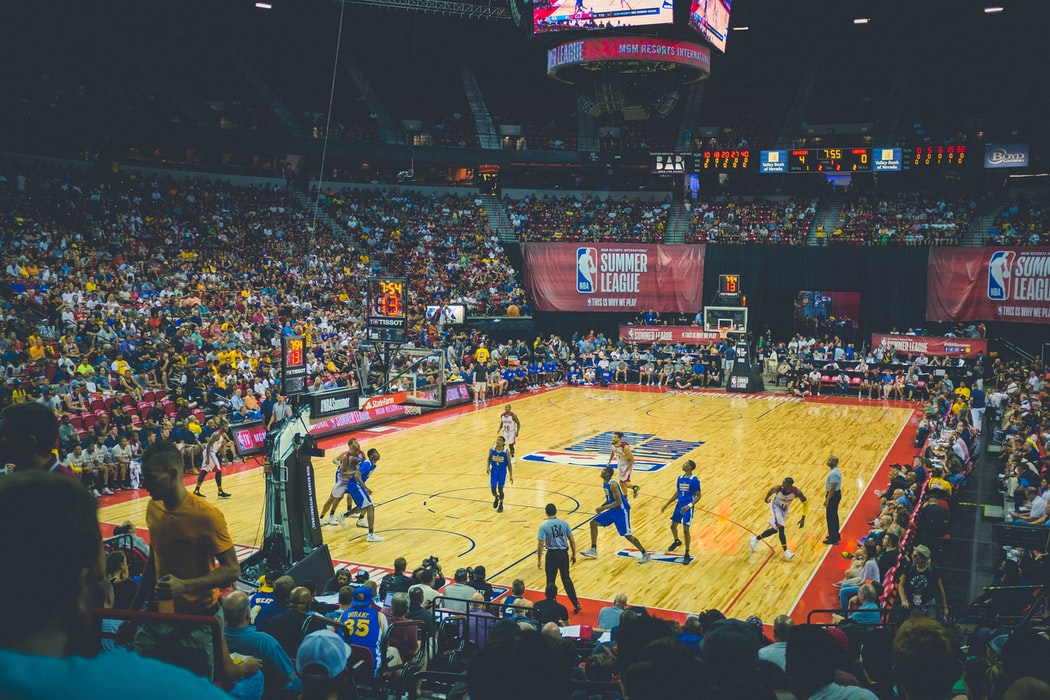 By Thomas Schlachter on 4th March 2021

The shortened NBA season of just 72 games has allowed there to be no breathing space from the discourse surrounding the end of season awards. From game one, the debate for who wins what has taken over social media with former players, pundits and fans weighing in on who should win each award. In a series of articles, I will give my say on the frontrunners for each coveted prize and why I think they deserve to be the recipient of each award. In this first article, I will be looking at the MVP award and analyse who is fighting for the award.

The award for Most Valuable Player is the most coveted individual prize in the NBA and for that reason this is the award with the most intrigue surrounding it. This season we have been blessed to see multiple players performing at the top of their game and therefore it is extremely close at the top between those battling for this award.

Going into his 18th season on the back of a unique and unprecedented NBA championship in the bubble, LeBron has looked as good as ever. Averaging 25.8 points per game, 8.1 assists per game and 8.2 rebounds per game, it is evident that the 36-year-old isn’t slowing down, reiterated by his 35 minutes per game, and King James is at the forefront of everything the Lakers do, especially with the absence of Anthony Davis in their ranks. The ability of LeBron has never been questioned and players and rival fans have been hoping that his body will soon get the better off him but they will have to keep waiting. LeBron continues to perform at an MVP level into his late 30s and will be hoping to be crowned MVP for the 5th time at the end of this season.

Dame Lillard continues to be one of the most exciting players in the NBA. The Portland Trailblazers icon has been putting up exceptional numbers game by game and with an average of 29.8 PPG and 7.9 APG, it is obvious why he is in contention for MVP. Logo Lillard is involved in every facet of the Trailblazers game and can dominate matchups without breaking a sweat. He is a major threat from 3-point range and can comfortably get to the cup. As well as this, Dame also has one of the most fascinating auras in the NBA. When the clock begins to tick down, Dame Time takes over and suddenly the man cannot be stopped. We have already seen Dame Time a number of times this year but against the Chicago Bulls it was at its peak. Dame led an incredible comeback win for the Blazers including a three-point buzzer-beater game winner over Lauri Markkanen to seal the Bulls’ fate. If Dame continues this incredible form, it’ll be no surprise if he wins this award.

An MVP list without the greatest shooter of all time wouldn’t be an MVP list. Steph Curry is looking like the player who won the unanimous MVP award back in 2016 and this is a worrying sign for the rest of the NBA. He is averaging an extremely healthy 29.9 PPG, the third highest in the NBA, as well as demonstrating his playmaking ability with 6.2 APG. Steph has also recorded a new career high this year in a showstopping performance against the Portland Trailblazers where he scored 62 points. This is arguably the performance of the season; it was certainly one that onlookers couldn’t take their eyes off. Every time Chef Curry got the ball, fans expected something to happen. Each play could’ve ended up on a highlight reel and some of the shots he drained were simply not from this world. Curry will always be a contender for MVP and when playing like this, the competition will have to be at their very best and then some to stop him from winning.

Nikola Jokic has been creating his own role for the Denver Nuggets this year and it is quite the sight for basketball fans. Jokic plays a point center for the Nuggets and the ball handling skills and playmaking ability that the Joker possesses simply shouldn’t be allowed for someone standing at 2.11m. Jokic shows what every NBA fan wants to see every night, he does everything to the highest standard and you cannot take your eyes off the ball when Jokic has it, or you might miss his no-look assists or his nutmeg passes. The stats also backup Jokic’s brilliant performances, he averages 26.6 PPG, 11.1 RPG and 8.5 APG. He is fifth in the assists per game tally and for a center this is unheard off. If Jokic can finish the season averaging a triple-double, it’ll go down as a historic season for the Serb and will be almost impossible to argue against him winning the MVP.

When taking the title of this award literally, there is no one player in the NBA who is more valuable to their team as Joel Embiid. The impact he has on the court for the 76ers is immense and the difference when he is not in the starting five is drastic. Embiid seems to have taken his game to a whole new level this season and this is evident when watching him play. From night to night the man from Cameroon is unguardable and his offensive game seems to be at its peak. He is averaging 30.3 PPG and 11.3 RPG, and the efficiency of his shooting is remarkable. The touch and poise he shows from all areas on the court is special and his averages back this up. He is shooting 53.6% from the field, 5% above his career average and he is shooting 40% from the 3-point range, a career high for Embiid. This combined with his NBA-high trips to the free throw line, with a FT% of 85.3%, make him unstoppable and due to the dominance he is showing every time he steps on the court he is currently my frontrunner for the 2021 MVP award. There is something very special about what Embiid is doing this year and whilst he is so far leading his side to first place in the Eastern Conference, Sixers fans will be hoping Joel Embiid can lead them to the NBA title. If Jojo can continue his domination of the NBA, then there’s nobody who can beat him to the MVP award and there will finally be a center winning the award once more.