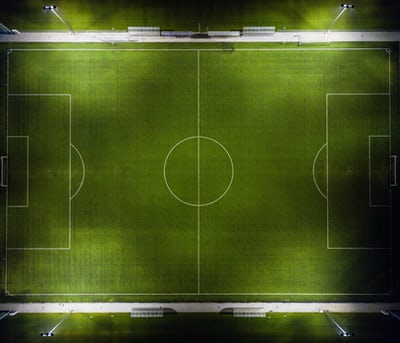 By Thomas Schlachter on 4th February 2021

“Left foot Zou,” Jorginho screams as Pierre-Emerick Aubameyang faces up Chelsea defender Kurt Zouma in the behind closed doors FA cup final. “Ah Zou,” Jorginho dejectedly exclaims as Aubameyang sits Zouma down before dinking a left-footed chip from close range over veteran keeper, Willy Caballero. This piece of magic from Arsenal’s Gabonese talisman turned out to be the decisive goal in a 2-1 victory for the Gunners over their London rivals. It was also seen as a decisive moment for Arsenal and the future of the club under the guidance of former captain and first-time manager, Mikel Arteta, following a tumultuous season for the Islington-based club. It was a season which saw their former head coach Unai Emery sacked, a round of 32 Europa League exit at the hands of Olympiakos and a disappointing 8th placed league finish. However, triumph in the oldest cup competition in England offered the players and fans, myself included, optimism and positivity ahead of an important year.

The theme of positivity continued to reverberate around the Arsenal fanbase based on the business Arsenal conducted in the Summer. Arteta’s job role formally changed from head coach to manager, Pierre-Emerick Aubameyang signed a new deal and marquee signings such as Gabriel Magalhaes from Lille. World-class centre midfielder Thomas Partey also joined Arteta’s men, along with other summer signings to help fill the holes in the Arsenal squad. However, what eventually transpired was something that no Arsenal fan could’ve predicted.

The start to the Premier League season saw Arsenal venture into new territory, a wasteland of poor results, which no Arsenal fan under the age of 45 had seen. Arsenal had lumbered to their worst start since the 1974/75 season under Bertie Mee’s guidance, and it appeared as if there was no light at the end of the tunnel for Mikel Arteta’s side. Arsenal’s usual elaborate brand of football was lacking the usual panache and flair they had been so well revered for under former manager Arsene Wenger. With a lack of invention from players tasked to create opportunities, their prolific goal scorer Aubameyang entered an unfamiliar goal drought, which brought question marks over his new blockbuster contract. Irresponsible decisions from individuals letting the side down also led to question whether Mikel Arteta was the right man to lead Arsenal forward. During this spell Arsenal lost to their closest rivals Tottenham Hotspur in a 2-0 defeat and went on an unprecedented four game loss streak at home in the Premier League; including disastrous defeats such as losing 3-0 to Aston Villa and a 1-0 defeat at the hands of Burnley thanks to an own goal from Aubameyang. This result in particular seemed to sum up the season so far for Arsenal, as their problems at both ends of the pitch were clear to see. Defensive fragility and Arsenal failing to log any clear-cut chances at the other end was an all too familiar sight for fans of the Gunners, and it was clear that things needed to change – and change quickly.

The festive period saw Arsenal face London rivals Chelsea, which opposition fans saw as a chance to place the final nail in Mikel Arteta’s coffin and condemn his side to yet another defeat. The Spaniard riskily put his faith in the youngsters for this vital game and gave starts to Gabriel Martinelli, not long back from a long-term injury and Emile Smith-Rowe, a young number ten getting his first start of the season. Arteta placed them both alongside the outstanding player of the season for Arsenal thus far, 19 year old Bukayo Saka. The game couldn’t have gone better from an Arsenal point of view, as they played out a fantastic 3-1 win over their London rivals – including a goal from Saka and an Emile Smith-Rowe assist. This result and style of play seemed to be the blueprint for Arsenal going forward, and they haven’t looked back since. The aforementioned brand of football Arsenal had become accustomed to playing was gently coming back, and the performances from the youngsters in the side has since reinvigorated the Arsenal squad which was looking beleaguered just weeks ago.

It is for this reason that I am of the belief that Mikel Arteta is the right man to move forward with Arsenal. When coaching the players that he wants in his side who adopt his style, his philosophies and well-known ‘non-negotiables’ will place the club in a better place. Nonetheless, it is an extremely important time in the early stages of his management career as he looks to build on these good results and performances – putting behind the unfortunate spell that Arsenal was under. For a young man with no managerial experience prior to the job, Arteta is beginning to look every bit the manager – through weathering the storm he was sailing in, steering Arsenal into a much happier place.