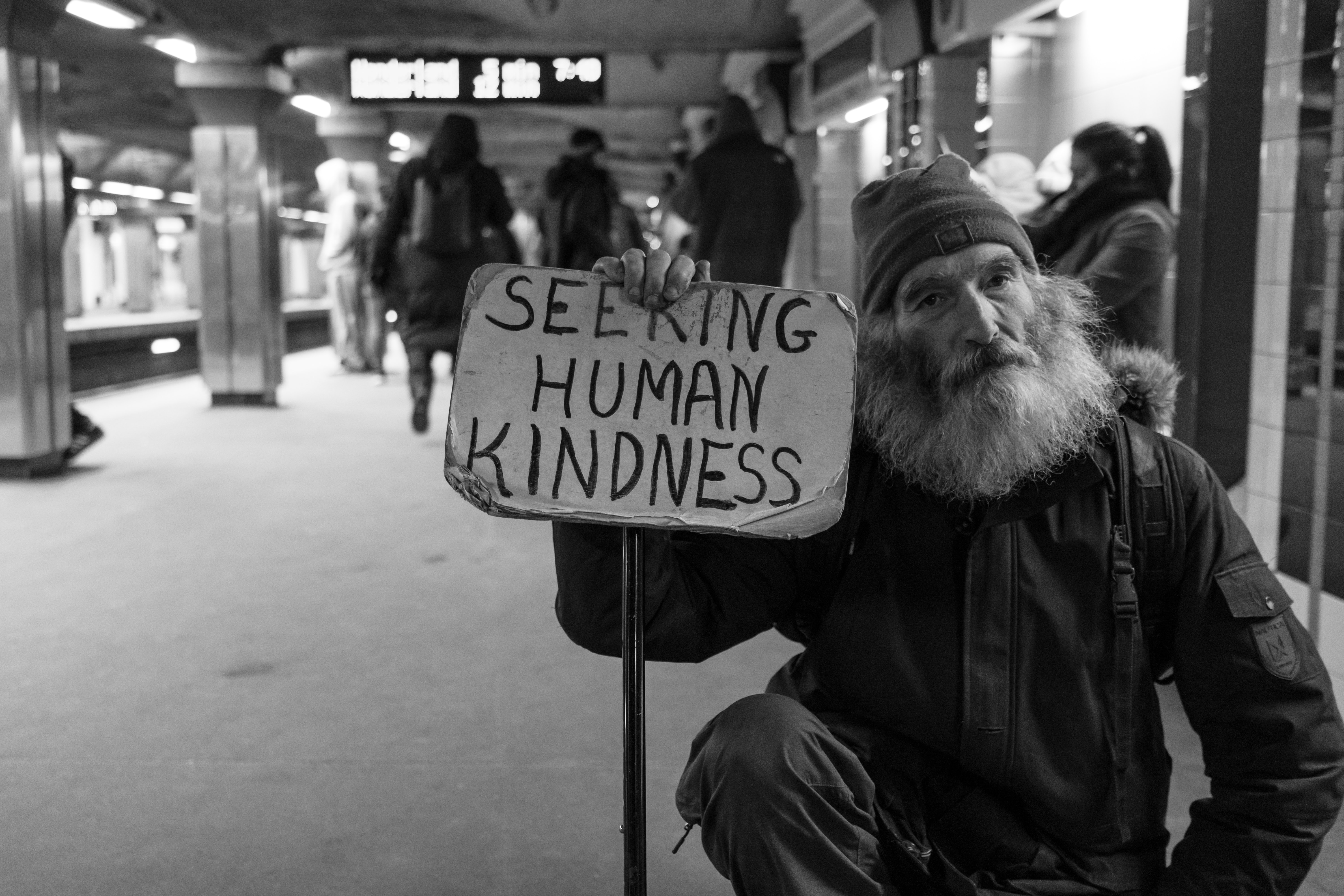 “Just saw 4 homeless men giving each other the COVID vaccine under the bridge what a caring community we live in” [@Chunkz via Twitter].

The government’s response to these questions came in the form of the ‘Everyone In’ scheme that helped to save hundreds of lives during the first lockdown. It is estimated that the scheme helped to avoid more than 20,000 infections and 266 deaths. The fully-funded initiative also helped to put 15,000 rough sleepers into housing. Only for a brief moment, it felt as if the UK had managed to end homelessness. Every person in the UK could sleep safely, not having to worry about where their next place to sleep will be. A woman who spoke to the BBC described her temporary accommodation as like “something out of a storybook”.

But unlike most storybooks, this one doesn’t come with a happy ending. In early June 2020, the funding was withdrawn and £91.5 million was instead split between 274 councils for them to tackle homelessness specifically in their areas. This strategy is yet to reflect the same success as was produced by the ‘Everyone In’ scheme. Whilst £91.5 million is a considerable sum, compare that to the money given to people on furlough, the £20 billion in tax cuts and we then have to ask if more could still be done. £282 million, for example, would be enough to permanently house the homeless for the next 12 months.

Not only would this ensure their protection from the virus itself, but also provides many with valuable time to plan ahead for the future – time that many are rarely given during a typical day as a rough sleeper. So, if there ever was a right time to spend this sum of money and to build on the successes of the ‘Everyone In’ scheme, it would be now.

As students of the Queen Mary University of London, it is likely that you’ve already seen what homelessness looks like in the borough of Tower Hamlets: from the markets of Whitechapel to the street corners of Mile End, the conditions are far from safe. In Tower Hamlets alone, it was estimated that 44 people had died of homelessness between 2013 and 2017.

Moving further east to the borough of Newham, the picture only gets worse. In Newham, it was estimated that 1 in 25 people are homeless. Reasons for this grave statistic are numerous, but given the redevelopment of Stratford following the London 2012 Olympic Games, in particular, the cost of living is extortionate. So you can imagine gazing upon the riches of Stratford Westfield, only to turn around and see the countless numbers of rough sleepers that go unnoticed. Tents line themselves underneath the car park ramp, camped inside car parks and even within the old Stratford shopping mall itself.

That is, at night, the Stratford Centre becomes an unofficial hostel for the homeless. Walk into the shopping centre at night, you could count more than 100 people sleeping on pieces of cardboard next to every wall. Whilst sleeping here isn’t at all safe, it is much safer than for them to be sleeping out on the streets. At Queen Mary, many students gave up their time to help volunteer at food banks here. For example, Queen Mary’s Sikh Society partnered with Soul Aid last year, offering food out to those around the centre.

Yet in spite of this, sleeping in here remains far from safe with reports of violence and a severe lack of hygiene. In a report from HuffPost UK, one individual who slept here detailed having received an infection from the floor itself, putting him in hospital for 5 days. This was because the chemical they used to wash the floor in Stratford Centre is dangerous to human skin. Knowing that these kinds of sleeping conditions take place not only on our doorstep next to university but also within the very shops we walk through every day becomes even more horrifying.

With 70,000 having been made homeless since the start of the pandemic and 207,542 households having also approached their local council for either help with homelessness or the threat of homelessness from April to November 2020, it is frightening to even conceive of how much worse this could become the end of this pandemic. Once this ends, it is down to the government to prove that homeless people have not just started to matter to them because they are merely potential carriers of the disease.

Whilst many have been rescued off the streets by councils in East London and put into temporary accommodation, there needs to be a rescue plan in place for this accommodation to eventually be made permanent if this government is going to reach its goal of ending rough sleeping by 2024.