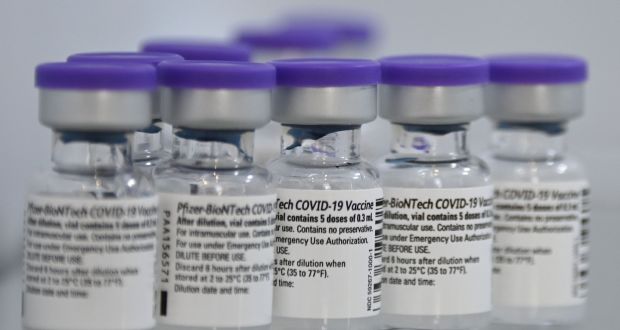 With the current release of the Pfizer, Moderna and Oxford AstraZeneca vaccine, the UK has vaccinated over 6 million people. With the priority of those being the elderly, care home residents, social workers and frontline health staff. Such vaccines were originally administered within NHS hospital hubs, before being administered locally at 1,350 vaccination services; such as GP practices, sports stadiums and Queen Mary University itself.

On the 24th of this month, over 2 million of these vaccines had been dispensed to people aged 80 years and above, such as Sir Ian McKellen, who was vaccinated at Queen Mary’s University Hospital.

However, many centres were left with excess vaccinations after administering to priority patients. GPs over England have been left to waste many of the inoculations, rather than being given as a second dose or to next cohorts. Many of these facilities have taken initiative to administer excess vaccinations at the end of the day, with chief medical officer backing ‘perfectly sensible’ GP efforts to ‘eke out’ every vaccine dose they can.

With a shelf life of three days, the Pfizer vaccine has become a commodity in administrating – with over 870 wasted vaccinations in Wales alone, and up to one-in-six Pfizer doses wasted in England due to expiry or miscalculation. It is with this knowledge that evidence has emerged of academics receiving spare jabs at the end of the day at Queen Mary’s site. A spokesperson at Tower Hamlets GP Care Group said they had a list of priority groups, both patients and staff, ‘to offer doses that would otherwise go to waste’.

With only one wasted dose at the university, and a surplus of vaccinations, NHS England have now issued guidance on excess doses to be administered to stand-by cohorts. Although this has been futile within many practices, with one GP reporting hundreds of unused vaccine doses after vaccinating all top four cohorts.

Reports have come in, however, that there seemed to be an unfair usage of vaccinations at Queen Mary’s site, with one staff member having received a dose of AstraZeneca, which can be stored for up to six months. This has garnered high criticism, as many low-income countries are unable to acquire many vaccines, with Guinea reportedly receiving only 25 vaccinations last week.

Yet, with the fear of wasted vaccinations and the inability of stand-by patients to reach sites in time, many agree on the use of expiring doses on any who are available to receive. With NHS England advising GPs to offer jabs outside the priority patients amid concerns over wastage.

Editor-in-Chief and English student at QMUL.

More from NewsMore posts in News »