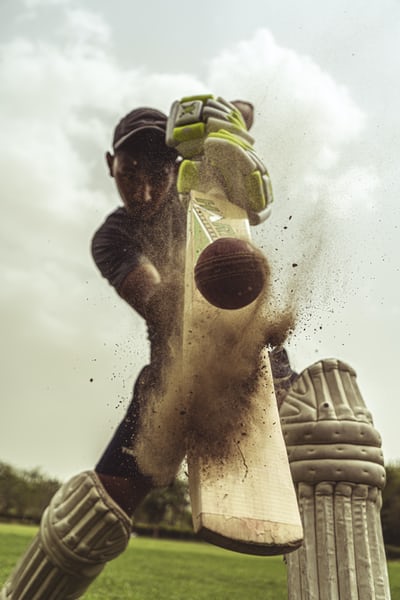 A T20 Masterclass from Morgan’s Men

By Thomas Schlachter on 17th December 2020

Throughout the history of sport, there are teams which will live on forever. Their legacy of success and appetite for winning will inspire generations to come – and they put down a blueprint for how future operations should be conducted. Some of the most iconic sport sides known to all fans, are most definitely the 1996-1998 Chicago Bulls roster led by Michael Jordan with Scottie Pippen and Dennis Rodman as his supporting cast. Arsene Wenger’s 2003-04 invincible side featuring Thierry Henry, Dennis Bergkamp and Patrick Vieira and the Spanish National team from 2008-2012 which won three major international tournaments are some to name a few. One team which is entering this territory alongside sports greats, (and could easily be argued that they already have), is England’s white ball cricket side, led by their influential captain, Eoin Morgan.

Following their success at the 2019 Cricket World Cup and iconic performances by many members of the squad, the attention of Eoin Morgan and his white ball side quickly turned to the upcoming T20 World Cup. Unfortunately, similarly to everything else that was set to bring happiness to people in 2020, Coronavirus quickly put an end to the prospect of a winter T20 World Cup in Australia – and now players and fans have to wait for 2021 where India will play host to the greatest T20 sides in the world. As a result, this has given teams an extra year to prepare for the tournament, and Eoin Morgan’s side ventured to Africa to take part in a three game T20 series against Quinton de Kock’s talented South Africa side.

The first game of the three-game series saw South Africa post a strong score of 179/6 thanks to a well worked 58 from 40 balls by South Africa’s veteran batsman Faf du Plessis. A good spell and personal best T20I bowling figures of 3/28 from England’s left arm bowling all-rounder Sam Curran helped to halt any progress South Africa made. England then came out to bat and instantly were put under pressure. Jason Roy’s failures to get a good start against spin continued and debutant George Linde struck on just the second ball of England’s chase to reduce England to 0/1. England’s disappointing start continued and were eventually set back to 34/3. The pressure of T20 cricket at the highest level combined with batting in an unfamiliar position and following a disappointing IPL left Jonny Bairstow under immense pressure. Bairstow reacted with the power hitting and touch that has seen him become one of the world’s most destructive batsman and he finished with 86 off just 48 balls, which included an impressive 85 run partnership alongside England’s Superman Ben Stokes. In the end Bairstow saw England home with 4 balls to spare. This match was just another example of England’s dominance with the bat and the strength in depth was evident for all to see yet again. This display had laid down a marker for the rest of the series and England had taken a well-deserved 1-0 lead.

The second game followed a familiar pattern. South Africa were sent into bat after England had won the toss, however this time they were far from pleased with their final total. De Kock top scored following a promising start with 30 from 18 balls but eventually falling to Chris Jordan, England’s now all time T20I highest wicket taker. Adil Rashid and Jofra Archer, England’s biggest threats with the ball, bowled great spells and helped to reduce South Africa to a measly 146/6 following their twenty overs with the bat. England’s opening pair of Roy and Buttler again failed to get going with the bat, as did England’s hero from the last game, Barstow. This time the responsibility to steer England into the dominant position was up to the number one ranked T20I batsman, Dawid Malan. Malan’s innings showed great temperament and a superb feel for playing the right shot at the right time. His calm nature at the crease led him to finish with 55 from 40 balls. It wasn’t a blistering innings fans of Malan’s were used to seeing but it was one of great importance and along with a quick cameo from Eoin Morgan, England went on to win the second game of the series on the penultimate ball of the event. This game was a much closer battle than the first game of the series and set up a fascinating battle in the last game of the series with South Africa looking to avoid a whitewash.

South Africa won the toss for the first time in the series in the last game and again, this time choosing to do so, were batting first. After falling to 64/3, du Plessis and Rassie van der Dussen put on a stand of 127 to take South Africa to 191/3, with the latter getting his high score in T20I with 74* from just 32 balls. The brilliant 4th wicket stand had allowed South Africa to seize the momentum as du Plessis and van der Dussen had frustrated England’s bowlers with their array of shots and power hitting. England came out to bat knowing they needed to be at their best to take the 3-0 series victory. Roy disappointed again with just 16 runs to cap off a poor series. Buttler and Malan were now at the crease and what followed was T20 cricket at its best. Buttler and Malan put on a partnership of 167 and demonstrated why they are seen as two of the world’s most destructive batsmen. Malan top scored with 99* from 47 balls, just one short of his century, and Buttler hit a well worked 67 from just 46 balls. The pair made South Africa’s very good score look easy and won the game for England with 2.2 overs to spare. The ease at which the pair took on the South Africa attack and hit them to all parts of the ground would’ve sent a warning to the rest of the cricketing world with just one year until the World Cup.

Ultimately, this series demonstrated England’s incredible strength in depth. Just like the aforementioned elite teams in sports, when some players underperformed others were there to pick up the pieces and make sure England were victorious in each of the three games. This series whitewash would’ve been important for Morgan’s men, as they kick-started their preparation for the World Cup. Those who performed well know that they are one step closer to booking their place in the squad to travel to India and help England to hold both the ODI and T20 world cup titles simultaneously.