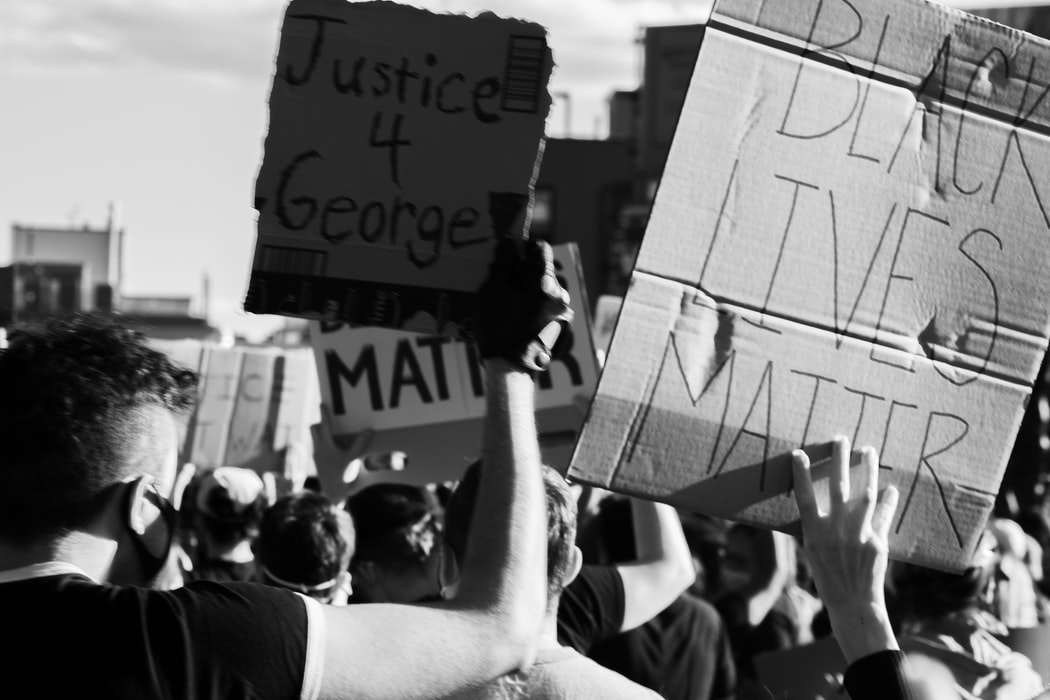 October; a month to celebrate the African diaspora; a month dedicated to acknowledging the experiences and achievements of African and Caribbean descents.

From global protests, to the rise of #BLACKLIVESMATTER on social media, we have begun to immerse ourselves and take notice of social injustices across the world. Our generation is the first to use social media as a weapon to create this widespread phenomenon. Black Lives Matter is a social revolution; it is not a trend but a movement that uncovers the unjust fractures in our society.

To facilitate this social revolution, we need to consider the struggles and black experiences that have paved the way so that social changes can take shape. It is undeniable that 2020 has been a crucial year for the African and Caribbean community, and we can use Black History Month to look back and reflect.

However, whilst many are aware of this mass resistance in the US, a lot of people have “forgotten” about the civil rights movement here in Britain, as the movement has been erased from the curriculum and by other public institutions.

Obi Egbuna founded the British Black Panthers (BBP) in 1968 which saw British counterparts campaigning against police brutality and racial discrimination. The BBP assisted in social change by educating their community about black history; they enabled a cultural shift by protesting for equal rights. Whilst the civil rights movement is predominantly associated with America, and black American experience, through the actions of both groups of Black Panthers, we can see a sense of international solidarity within both communities, a sense of Black identity being shared across the world.

The relationship between both groups of Black Panthers is mirrored in the #BlackLivesMatter movement today. The 2020 #BlackLivesMatter movement exemplifies the global outcry of institutionalised racism, discrimination and segregation that many African and Caribbean communities continue to suffer. Social media has allowed many to educate themselves and stand in solidarity with the Black community. Many are able to share their experiences through this platform. Social media, and social media activism, for many who are not a part of marginalised or BAME communities, has uncovered the truths of systematic and institutionalised racism. By having a sense of solidarity through social media activism, it enables us to share political ideas and opinions. This enables change and social reform.

Activism has now become typical for our generation. The rise of social media has created a chance for people around the world to come together and bring about social reform and structural change. However, in order for real change to take shape, we collectively need to embrace Black history. We need to keep learning and discovering their untold stories, and we need to celebrate Black achievements, like the actions of the BBP.

Black History Month and the rise of social media activism provides a chance for many individuals and organisations to educate themselves on racism in modern society. In doing so, we create a space to understand and acknowledge how racism is still prevalent, and subsequently, how many people are underprivileged due to institutionalised racism.

The youth of 2020 and those that participate in social media activism hope that these protests and the Black Lives Matter movement will become a catalyst for change. This change will alter how Black history is represented in the curriculum and in public spheres, such as in the media and it’s creation of a stereotypical Black identity.  This change aims to cease the erasure of Black-led movements – we are reminded of the erasure of the BBP in British history.

Black History Month is different in 2020, with the protests earlier this year suggesting that many strive for change. Learning about Black history is about supporting the Black community; it is about standing in solidarity against racism. It provides a chance for the Black community to reclaim their history and change the predominantly white narrative. Participating in Black History Month and engaging with content available during this period demonstrates that we stand in solidarity with the Black African-Caribbean community. Black History Month signifies the embracing of change and anticipation of the social revolution that is emerging.