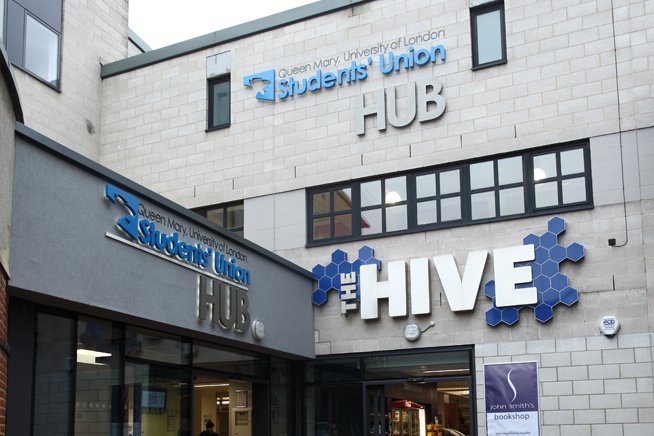 #QMFurloughNow: a summary of the aftermath

The official launch of QMSU’s QMUL: Furlough Our Student Staff Now campaign on Monday, fighting for student staff access to the Coronavirus Job Retention Scheme (CJRS), caught the attention of university Principal, Colin Bailey, but his response was questionable. Filled with denial and refutations, Bailey played what has now become the age old card of flat-out rejecting any challenges presented to him. In a statement emailed to students hours after the Students’ Union published their opposition to Bailey’s refusal to furlough student staff, the Principal immediately hit back by stating that ‘some of the claims made are incorrect.’

Such an assertion by Bailey is not new to students. Only 6 months ago did he declare that ‘there is no evidence at Queen Mary’ to support a campaign led by the QMUL branch of UCU to raise awareness of a pay gap impacting BAME and female members of staff. Yet, this notion was eloquently countered by QMUL UCU as they linked the very report they extracted their information from and clearly explained that attention should be paid to “the ways in which promotion practices work to the detriment of women and people of colour, and how the pay scales are capped within pay grade.”

A statement on behalf of UCU, provided to The Print, expresses that: “QMUCU supports QMSU campaign and is horrified to hear what students at QMUL are going through during these difficult times. As a union branch, sadly QMSU accounts of how management have acted towards you sound only too familiar. UCU support a full 100 per cent of QMSU employees’ salaries with a clause that no redundancies will be made as a result of any agreement reached with Queen Mary.”

While Bailey’s statement regarding the university’s reluctance to apply for CJRS was later updated with a set of FAQs, this visibly exhibits the claim that all student staff are paid by QMUL at least what they would have received through the CJRS. In using language such as “unethical” to describe QMSU’s campaign, it is evident that the Students’ Union had hit a nerve. To respond to this, Acting QMSU Principal, Megan Annetts, told us that “I am disappointed by the FAQs and disagree with their statements regarding our quest to seek entitled pay for our student staff as unethical. I would also argue that the CJRS is not only for organising facing financial insolvency, as demonstrated by the many, but more that robust institutions and companies that have chosen to do so.”

Annetts’ response is reflective of QMSU’s general response to Bailey’s claims. By picking apart Bailey’s accusations, they responded with points such as “the University is currently offering student staff £23,000 less than what would be provided by the CJRS – which results in many staff receiving no money at all. Under the CJRS formula, all of our student staff would receive pay.”

With the campaign continuing by showcasing the real stories of how student staff have been financially impacted by Bailey’s decisions, QMSU have clearly stuck to their guns on the matter. Yet, this going back and forth with the QMUL Principal is not a new phenomenon. From the above-mentioned case of QMUL UCU, to 2018, which saw the #OccupyTheOctagon campaign, seeking to reverse Bailey’s call to cut £317,000 out of its bursaries for students from low income households, perhaps it is now fair to call student campaigns against Bailey ‘the QM norm’.

As there has yet been no response from Bailey following the continuation of #QMFurloughNow, the income of external pressure may help him with his decision. Unions have shown their full support, with Community Union directly writing to the Principal on the matter, and calling him Mr in the process (which I’m certain he’ll be glad to see), and GMB calling on Bailey to act, on their website. Along with Bow East Ward Labour Party, who have tweeted solidarity with QMSU. They are joined by prominent political figures including Jon Cruddas, MP for Dagenham and Rainham, who has also formally written to Bailey, asking him reconsider, as well as Unmesh Desai AM and most importantly, Emma Hardy, Shadow Minister for Universities.

The fact that this campaign is gaining momentum only underlines its unjust nature. Bailey’s stubborn behaviour is nothing new, and yet continues to shock people each year. His inability to read the room and engage with student sentiment presents the inevitable image of ‘out of touch Principal’ and that to him, this must be just another inconvenience. It is quite frankly surprising that these movements haven’t called for a change in leadership, as students are becoming all too tired of this ‘typical Bailey’ behaviour.

The Queen Mary press office has been contacted and a comment on the issues raised are pending.