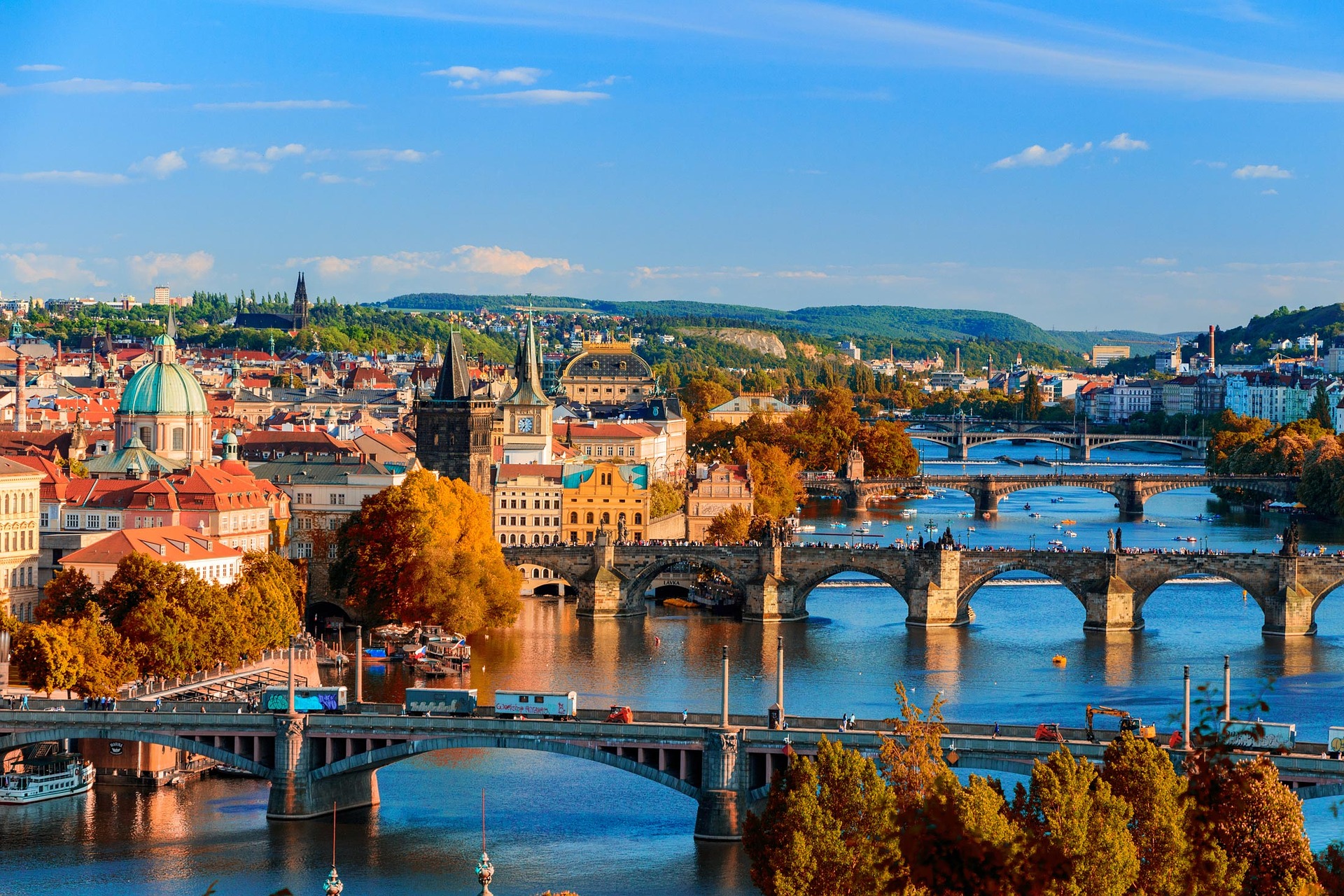 Top 5 Most Instagrammable Places in Prague

This January I had the pleasure of spending New Year’s day in the Czech Republic. 4 days spent in the capital city of Prague was the perfect amount of time to wander around, and is a must-see for anyone looking for a short Winter break!

Think of Old Town Square as the Trafalgar Square of Prague. The area is surrounded by stunning architecture, and sites such as the world-famous Astronomical Clock! This is one of the central tourist areas, meaning it’s best to visit early in the morning. Even though I chose to have a lie in and arrived later, visiting the square still felt like walking into a fairy tale. For anyone wondering about the treat I’m holding in the picture, it’s called a Chimney Cake. You can find places selling them on almost every street, and they taste just like churros!

Tip: Avoid the currency exchange stands in this area, get your currency before your trip to get the best rates! 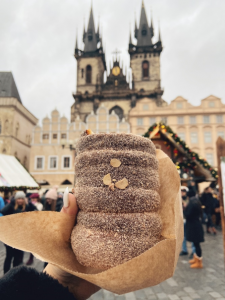 Located on the 4th floor of the Hotel U Prince, this restaurant is commonly known as the ‘The Best Instagram spot in Prague.” It definitely lived up to its name, earning a spot as my favourite place in the city. We arrived as soon as it opened at 11am, which meant we had the whole place to ourselves. However, if you’re not eating, you are required to pay an entrance fee of around 25 euros for two people. Once the fee is payed, you also receive a glass of champagne each, so I had no regrets to be honest! The restaurant had plenty of space to have a drink and enjoy the views, since the people taking Instagram photos confined themselves to a far corner of the venue. The view summarises why Prague is known as the ‘City of 100 Spires’: It was the perfect place to spend a frosty Winter morning, watching smoke rise up from chimneys all over the city.

Without a doubt the most popular place in Prague. Walking along the bridge is a must-visit to get a lovely view of the city and river. Once again, if you want the bridge all to yourself, it’s best to arrive early, but the crowds definitely don’t spoil the beauty on the bridge. Buskers serenade you as you stroll down, and for a small fee you can climb up the towers either side of the bridge for a view of the city.

Another of the more popular tourist destinations, Prague Castle is known as one of the largest in Europe. I enjoyed the walk up to the castle, although uphill, definitely was worth the effort! As you get higher, the views become increasingly beautiful, and about halfway between the castle and the main road, we stumbled across a tiny café hidden along the left side of the uphill path. This was definitely a quieter place to take photos, compared to at the top, and sit at one of the two tables to catch our breath during the climb! 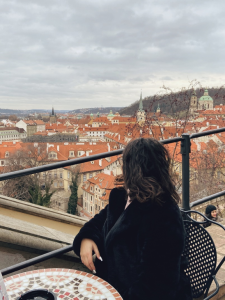 This is a gorgeous spot to watch the sunset and get a great panoramic view of the Vltava River. Although the walk uphill was somewhat rushed, since we were chasing the sunset with only moments to spare. Luckily, when we made it to the viewpoint we managed to see a glimpse of the sun just before it descended behind the distant Petrin Hill. Here, you get a view of the city most see on post cards, and the surrounding park looked beautiful covered in a crisp blanket of white frost.

Tip:  If Travelling in Winter, Pay a visit to the Christmas markets!

If you can’t travel to Prague for Christmas, fortunately the markets run during the first week of January. I found them to be a breath of fresh air after spending the past six Christmases wandering about the Christmas markets of Hyde Park’s Winter Wonderland. The markets can be found in most popular squares, including Old Town Square, and sell a range of quirky souvenirs. My favourite was a stall where you can engrave your name into a small mirror. Disclaimer, don’t be fooled into buying £15 worth of Czech fudge like I did. The cubes were so rich, just a buying a few cubes will fill you up instantly. I recommend the jammy dodger flavour. Another highlight of the Christmas markets is the miniature petting zoo we discovered, located just a few minutes off the Old town Square. 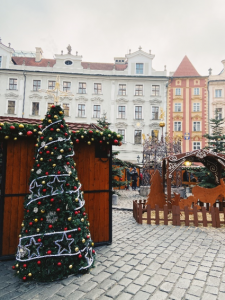 Just a 40-minute train ride away from Prague Main Station, Karlstejn Castle is one of the most popular day trips taken from Prague. Visiting in January meant the area was not flooded by tourists – it was almost eerie actually. Leaving the Karlstejn station and walking into the Czech countryside feels like you’ve entered a Stephen King novel. It was both chilling and surreal. As well as the castle itself, a highlight is the walk uphill to the castle. Taking around half an hour (if you walk slowly like me), you get to absorb the beauty of the cliffs and forests all around you. When you reach the castle, you also get the chance to look below at the path you walked up. I also recommend stopping at one of the many restaurants on your way back down to take a much-needed rest. I found Karlstejn had the tastiest Chimney Cake, and the U Janu Restaurant made a mean fried brie!