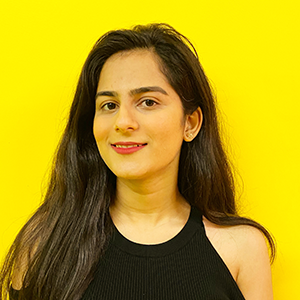 A: When I started University in 2017, it was my first time abroad on my own. I found the experience extremely overwhelming. As an international student, I had trouble making friends in the “Freshers” week and found myself extremely depressed and lonely by the end of it. Although the SU had a lot of platforms to engage the students throughout the first few weeks, I could not find the best one for myself. Throughout my first year, my grades and mental health suffered a lot as I never could adjust in a new country and a society. Since the time I joined Queen Mary, I doubt there has been any international student on the post of vice president. I felt like I, being an international student myself, can bring a newer perspective to the Union.

A: I feel like very few vice presidents have focused on the security of the students. By security, I mean making the students on and off campus feel secure in all dimensions, be it physical security, personal security or even the security of the environment around them. I myself have seen my personal security under threat on campus at night. Even something like a stranger following you all the way through your accommodation on campus can have a long-lasting effect on your mental health. Increasing the on-campus security is one of the things on the top of my agenda. Moving on, I also believe not many representatives have focused on the campus environment. I plan to make the campus more environmentally friendly.

A: QMSU defines itself as a democratic membership organisation that is the voice of all the Queen Mary students. It cannot be the student’s voice if students do not elect the candidate that they trust the most to represent their views. The representatives lobby, debate and campaign on behalf of the students. If students do not choose who represents them, it will eventually result in Trump being the president of the SU.

A: All my policies can be condensed to a single word; security. Physical, mental, health, academic and environmental security.

A: We have all had concern with the safety in the areas around Mile End. It is often that we hear a case of stabbing or theft. I would urge Tower Hamlets to increase the security around Stepney Green, Mile End and Whitechapel stations as many of the students that study in Queen Mary commute from there on a daily basis.

A: I think I would be a beaver; I love sleeping and warmth. I am creative yet practical in dealing with my problems.