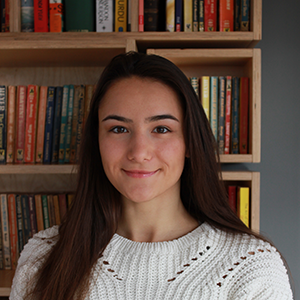 A: The answer to this question is simple. While making the decision was nerve racking, it was equally exciting. Over the years, I have become invested in the university and its many communities. In juxtaposition, the main thought running through my mind was: if not me, then who? It’s because I care so much that I prefer to have the responsibility. I strongly encourage all readers to be someone who takes the initiative. You will never know what you are capable of until you do.

A: It seems to me that the SU has had a predominantly inward focus, with some neglect of the outward issues. Previous efforts were channelled into improving various aspects of the SU. I think the focus should be shifted to strengthening the connection between the students and the SU. That way we can ensure the improvements are actually reaching the students. After all, they are the intended beneficiaries of those improvements. At that point we’ll also be able to work out what works and what doesn’t.

I’m tentative about the term ‘figurehead’. Figurehead is defined as a nominal leader – someone with status, but without real power. On the contrary, I would say that the president has a general and uncompartmentalized role. Student engagement is directly or indirectly linked to every aspect of the SU and the student experience. I think it is precisely the kind of thing that falls within the ambit of the president’s responsibilities. For these reasons it will be one of my top priorities. I think its importance is evidenced by the fact that the main difference between QMSU and the top-rated Student’s Unions is the level of student engagement. When we act as one, we are stronger and more capable of making those much-needed changes.

It is a relatively long document, so I have included a contents page to help readers navigate it.

A: I think the SU should take responsibility for the low interest in the elections. It is up to the SU to be something that students can and want to engage in. It should inspire, drive and unite the students. For me the question is: why is it important for the Student’s Union to make the elections as engaging as possible? The main worry is that low engagement renders the election undemocratic. If only a fraction of the student population vote, the outcome is not representative of the whole.

A: With strong leadership; together, we can do more.

A: I think the common theme in first year is expectations. You have a set idea about what “Freshers” is going to be like, how many friends you’ll make, and – if you’re not from here – what London is going to be like. It’s a fresh start and the pressure to make the most of it is palpable. It’s a bit abstract, but I wish I hadn’t let my expectations dictate my time at university to the extent they did. The truth is that letting go of those expectations makes you happier and allows you to find your way faster. Don’t force it and don’t resist it.

A: Robin Hood (the Disney version), because we share the same stubborn sense of humour. No matter what, he never stops laughing and inspires hope in others. His courage is endless, and he is incredibly good-natured. I am also a keen archer.