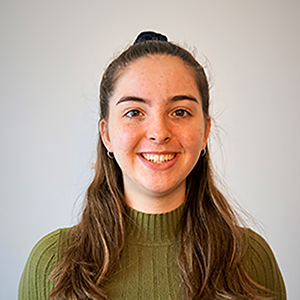 A: Thank you so much. Honestly, I am ready to give back to the community that has given me so much. The three years I have been at QM have been so great and I’ve watched the SU grow and achieve new heights and now I want to help with this growth. Like my running mate Cameron, I’ve volunteered with the SU, and I’ve also worked with the SU in a society capacity, and I want to do more. I want to help the students feel like the SU represents them and help the SU do more to represent its students. But also, I want to represent the student voice in conversations with the University. I’ve seen the university increasingly ignore the voice of students in its decision making and this doesn’t sit right with me, so I want to change it. Students deserve to be listened to by their university.

A: I think SU representatives have tried their best to address as many issues as they can, as best they can, but the work isn’t done. We’ve seen increased security issues this year on our campuses, we’ve seen the university make decisions without involving the SU or students, and we’ve seen an increasing disparity between university investment in all of our campuses. If I had to pick one issue I would want to work on, it would be investment. I will fight for funding for The Merger Cup to be returned, I will fight for Barts and The London, and other underfunded campuses to have their voice heard, and I will fight for all student resources – whether academic or welfare related – to work for the students of today. This doesn’t mean asking for more money, it’s about making existing funds and investment efficient, productive and work for our students. This will be my responsibility as President.

A: To put it bluntly, the SU is the biggest and best voice and tool for students to get what they want from the university. If students want something from the university or the SU, they need to use their representatives. If the Executive Officers have the invaluable and considerable support of the student body, then they can do more for their students, who they represent and work for. If students want to get what they want, vote in this year’s election.

A: Good question! Well, we are the RISE Project and Rise stands for: Representing your voice, Investing in your future, Sustaining your environment and Empowering you. This is what we stand for and what we want to achieve in a nutshell and all our policies fall under the RISE acronym.

A: I find that a tough question. Looking back, I think there are some things I didn’t try, sports being one of them. I never considered myself very good at sports, but I would definitely have signed up to a sport if I was to do first year again. Also, I go to enough Hail Mary’s that it would make sense to actually be a part of a sports society. Apart from that, I’ve gotten to know a lot of people, I’ve been to so many events, I don’t think there is anything else I would redo – except maybe study a bit more.

A: I love animated films! I think I would want to be a smaller random character, like the horse Maximus from Tangled, or Bartok the bat from Anastasia, or a minion from Despicable Me, because they all entertain me so much.