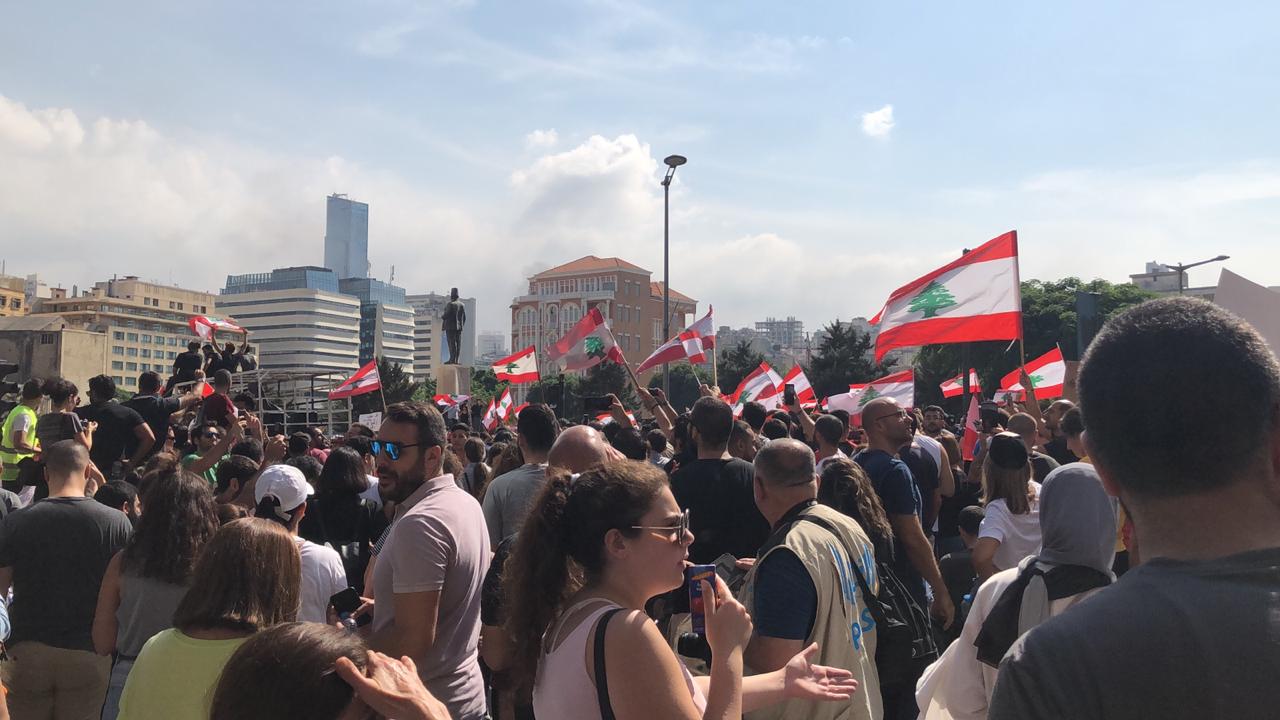 Protests have taken over throughout Lebanon for the past couple of weeks where people have  voiced the changes they want from the Lebanese government. The protests that took place in Lebanon spread to all major cities and towns, from north to south. 1.5 million people gathered in Beirut alone on Sunday 20th October, in addition to tens of thousands gathering in other cities such as Tripoli and Sidon. The protests didn’t stop there however, Lebanese expats in America, England, France and many more countries formed protests in solidarity with Lebanon and their people.

The series of events began when wildfires spread all over Lebanon  on 13th October, burning down huge areas of cedar trees and homes. These were difficult to control with the lack equipment and preparation. This was soon followed with the Minister of Telecommunications’ decision to raise taxes on the phone services, and to tax all WhatsApp calls which enraged the Lebanese people. And thus, for the first time in history, they finally united as one, to stand up against the issues that have been building up for almost 30 years.

This has been the LARGEST protest since 2015!

Reem Salman is the President of the QM Lebanese Society