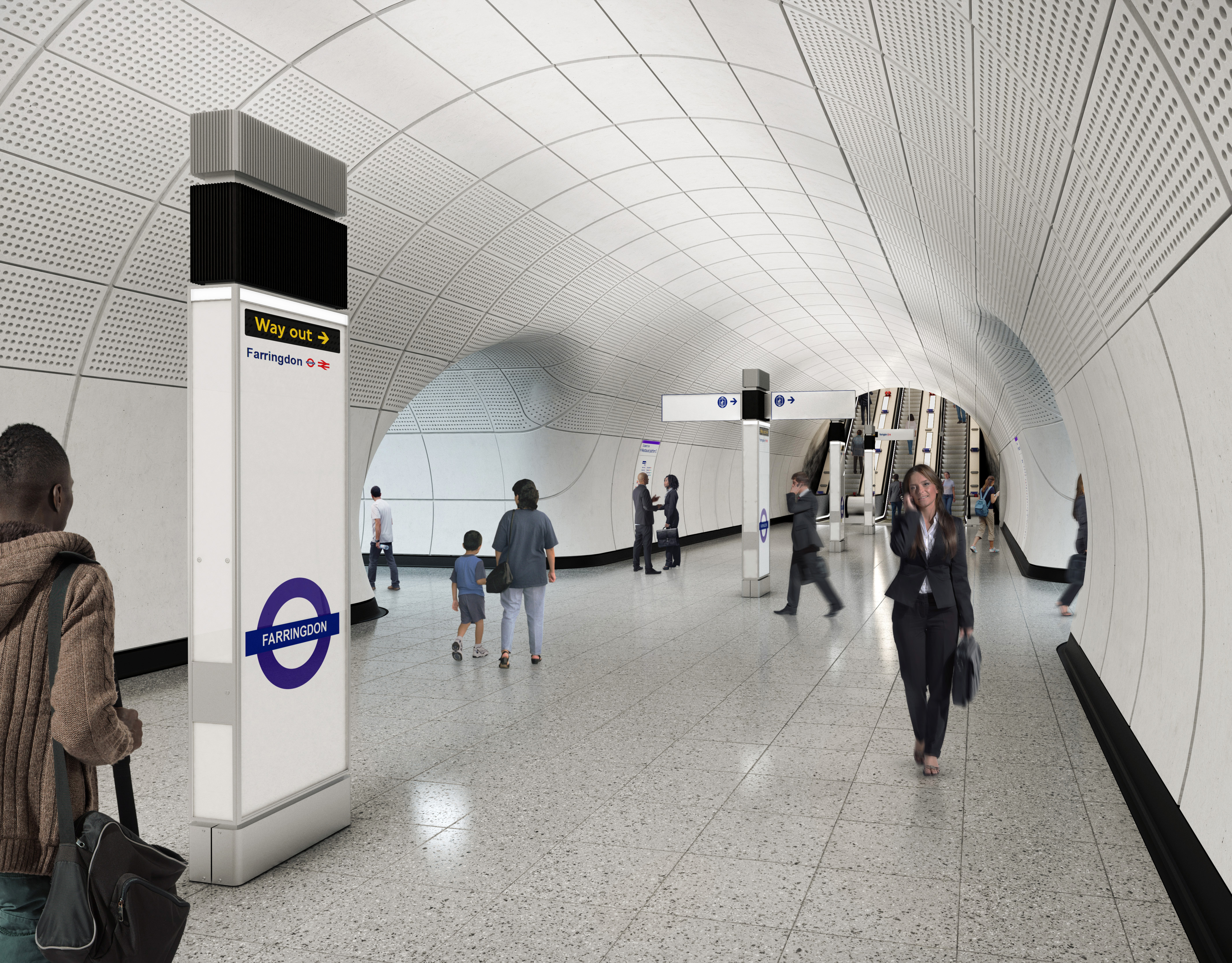 Since its commencement in August 2009, the Crossrail has been a topic of immense speculation, anticipation and, arguably, dismay. Thanks to London’s new high-speed railway, passengers will cut through several major London tube stops, 15 of which are complimented with access to the National Rail Service. TFL has announced that the journey from Liverpool Street to Canary Wharf will take approximately 6 minutes – every commuter’s dream! Alongside plans to double carriage capacity to 1,500 passengers per 200 metre train, the Crossrail is nothing short of ambitious.

However, many are disenfranchised over the aspiration of the Crossrail due to its constant revaluation of start date, despite the project’s inordinate £15.4bn budget. Others have also become antagonised by it’s chameleon identity which has obtained an abundance of nicknames. The latter may just help reduce this derelict train of thought.

In 2010, shortly after the Crossrail announcement, placemaking agency FutureCity was tasked with the challenge to develop a visionary art programme which would infuse art into 7 of the new Crossrail central and eastern tube stations. This project was known as The Crossrail Art Programme – the largest collaborative public art programme to occur in a generation. With funding for this endeavour falling outside of the parameters of the Crossrail’s core funding, The Crossrail Art Foundation seek funding externally. However, with each fund which is raised, the City of London Corporation seeks to match the donation. What they hope to improve is the commuter’s journey and the wellbeing of the general public through the creation and maintenance of these artistic displays.

Alongside each individual station, FutureCity ha identified 7 of London’s leading contemporary, internationally renowned art galleries with each one corresponding to a station undergoing artistic refurbishment. Featuring some of the world’s most renowned contemporary artists, each tube station will be decorated as follow.

Paddington + The Lisson Gallery: US artist Spencer Finch will decorate this iconic station with a hand draw cloudscape onto the 120m glass canopy which houses the train platforms.

Bond Street + White Cube: UK based artist Darren Almond has been sponsored by Selfridges to ordain the Western ticket hall of Bond Street with abstract art.

Tottenham Court Road + Gagosian: Richard Wright and Douglas Gordon, winners of the Turner Prize, are set to produce art which will be placed in the tickets halls at either end of the station.

Farringdon + Sadie Coles HQ : UK artist Simon Periton will take inspiration from local sources to curate a piece of art which will decorate both ticket halls at this major stop.

Canary Wharf + PACE: Israeli artist Michal Rovner will embark on a digital artistic display which will occupy the busiest station of the financial district.

Whitechapel + Whitechapel Gallery: English artist Chantal Joffe will source inspiration from the diversity of the local East London community, using large scale collages to adorn the platforms of the station.

Ultimately, this has been curated in order to reflect the ambition of London’s latest technological advancement and the diverse community which it serves. The display aims to transform the journey of the commuter, offering them new ways to navigate and observe the city of London.

Despite being surrounded by a constant crowd of people, the overwhelming sense of isolation which can often emerge when journeying on the tube is common – a feeling the Crossrail Art Programme aims to reduce. Granted, the health benefits which public, community-based art installations promote are immeasurable, however, this ceases to prohibit their existence. The alleviation of mental stress, the promotion of positive mood and the establishment of a communal identity are some of the ways in which these works of art will benefit the day to day London tube commuters and passengers.

Whilst Crossrail delays have aggravated commuters who are compelled to travel on rush hour Central line, others are simply confounded by the amount of money, time and recognition which the Crossrail receives. However, the Art Programme offers a human dimension to major technological advancement and the transport system.