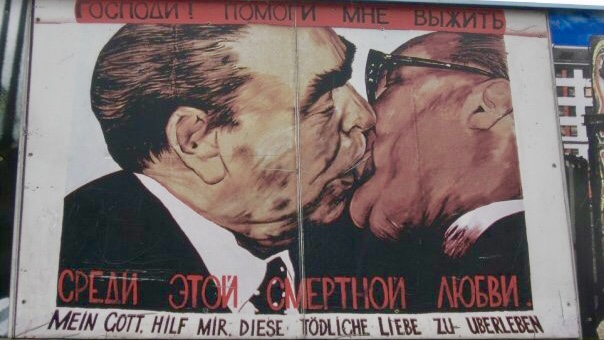 If you are anything like me and enjoy a bit of historic architecture, then Berlin is definitely the perfect spot. Who wouldn’t want to see the remnants of the Berlin Wall, one of the last edifices dedicated to the divide between East and West, as well as a recreated American military base, as a reminder to the divide which once existed across the country?

The Reichstag building is simply breathtaking. The glass dome roof spirals high, providing not only an amazing bird’s-eye view of the city but allows you to look straight down. Pictures don’t do it justice.

Immersed in rich history, the Checkpoint Charlie Museums allow visitors to relive World War Two and provide a real sense of what it was like living in those terrible conditions. In the museums, you can listen to some of the heart-breaking stories of the journey that East Berliners would try to make to the West – as well as the lengths they would go to to escape a life of destitution.

Be prepared to see some really cool art. Believe it or not the famous ‘Kiss of Death’ is based on an actual photograph taken in 1979 in honour of the 13th anniversary of the German Democratic Republic East, between Soviet leader Leonid Brezhnev and the East Germany President Erich Honecker.

The Potato Pancakes were my favourite. You can order this at brunch but be warned this carb-filled snack, although delicious, is very filling! Alternatively, pick one up as a snack from a market stall and just eat as you’re walking around enjoying the sites.

At the end of a long touristy day, when faced with the option of a Starbucks or an authentic German coffee shop, make sure to opt for the latter (even though it’s easy to divulge in the comforts of home). You might get a delicious surprise like I did; I ended up tasting a heart-shaped biscuit which looked like a biscuit but was actually a cake!

Not only is the German transport system easy to use, but it’s relatively cheap too. You can get a pass that covers 3 – 15 days of unlimited travel, meaning you’ll have the luxury of using a tram, underground or bus – so take your pick!

A really important difference to be aware of: jaywalking is illegal. I know we’re used to running across the busy roads in London, but not in Berlin and you can be fined for doing so.

Also, you don’t have to carry your passport with you at all times (although we did), but the authorities do have the right to escort you to where you’ve left it… so best to keep it on you.