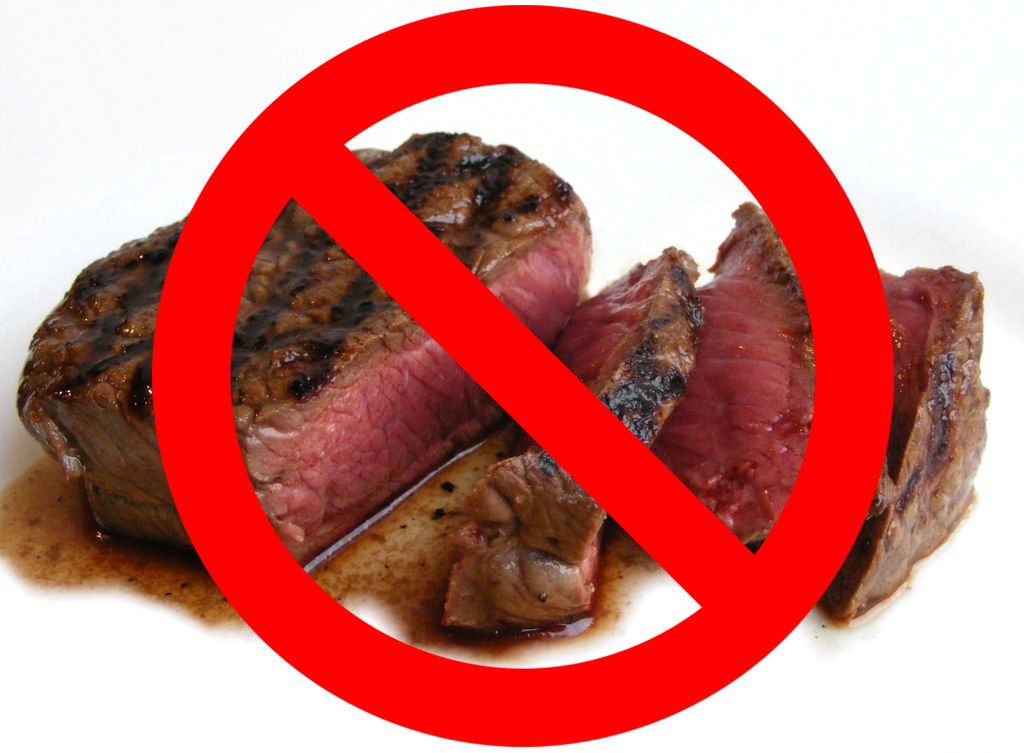 Steak, medium rare, with a side of shame. I’m going to talk about shame.

This isn’t as easy as teenage shame. It isn’t like that time I was in a band called ‘Don’t Run With Scissors’. I went on stage in front of my school in bright green skinny jeans and a brown cardigan, following just two bass guitar lessons. We played ‘Misery Business’, which is fitting, since it was miserable business. Less Paramore, more Pleasestop.

At least I can laugh at that! If only my current shame was that innocent…

Let me paint the picture: I’m a 22-year-old literature student, my friends write poems and like philosophy, and 99% of them are vegetarian or vegan. It’s East London personified.

‘Have you tried Linda McCartney burgers?’ a fellow veggie fresher asked me in the hope that food would unite us. We’d go from
one terrified first year, to a confident team of two. When I responded ‘Nah, what’s that?’, the fact that we didn’t eat cows was a
unifying factor. I’ve been here for a while now, and have a good group of people around me. Time flies like the birds my pals and I
weren’t eating.

Well, I broke after five years of vegetarianism. In a two-week period, I think I ate six steaks? Making up for lost time? And I’ve been a broken woman ever since. That was four months ago, and only a few carefully selected people have been informed of my cow munching antics. They have been sworn to silence as I mentally prepare myself to inform my Quorn munching friends of my new eating habits. As the number of vegans in the UK soars to 3.5 million, I used cheese and bacon in my linguine last night… One week I was very happy in plantworld, and the next I was bloodthirsty.

I’m not alone. About 84% of veggies and vegans go back to eating meat at some point their lives.

So, the next time we go out for dinner, and I’ll be ordering a nice juicy steak, medium rare.