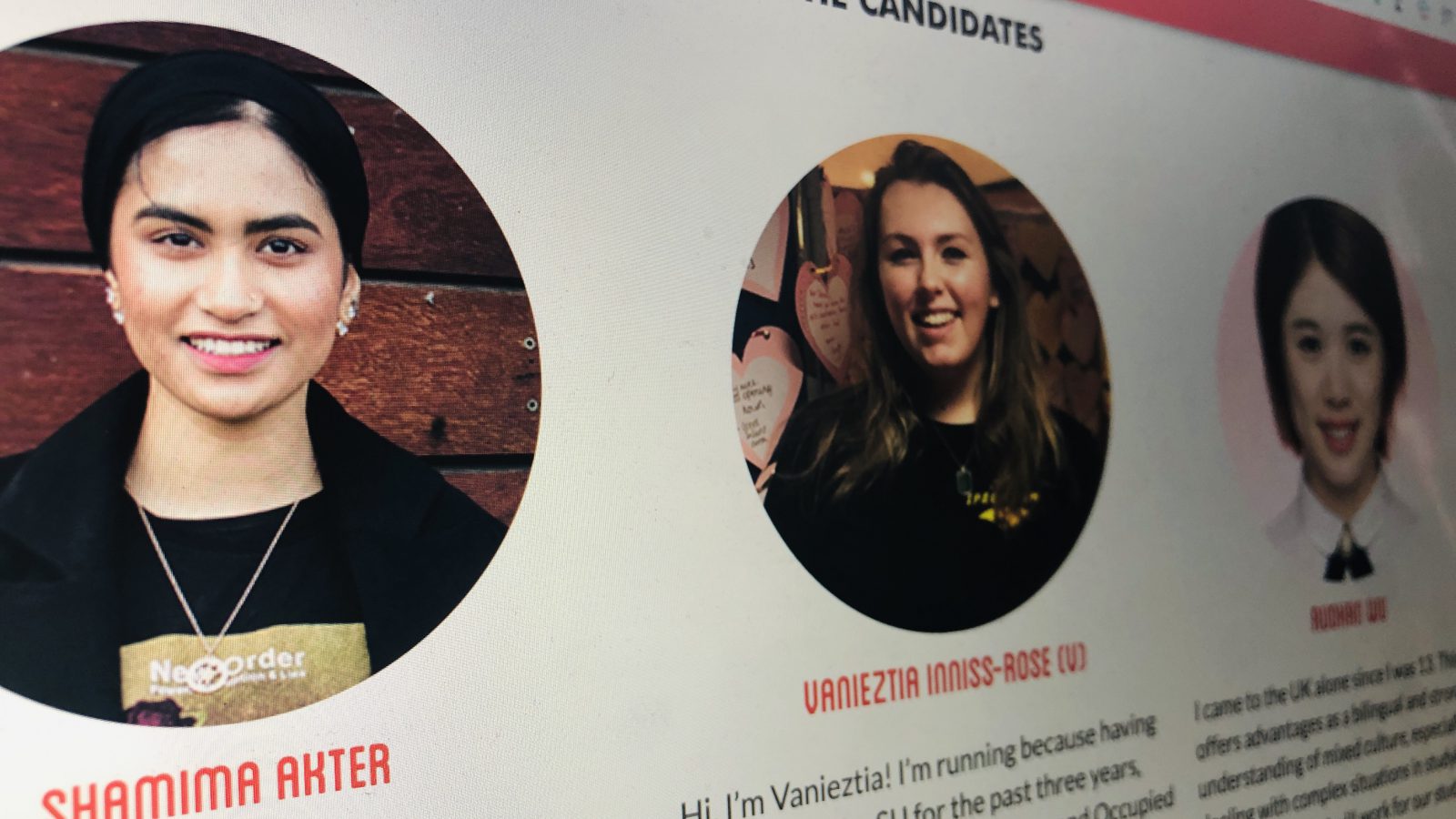 85% of the candidates running for full-time sabbatical officer positions in this year’s Students’ Unions elections are women, with the positions of VP Education and VP Barts and The London being contested by only women.

Last week, nominations closed for the 2019 Students’ Unions elections. It was revealed that fewer students than last year will be running for the full-time paid positions however the number of women running for these roles is higher than ever.

Last year, there there was an even split of male and female candidates running to be sabbatical officers, however there controversy over the uncontested VP Barts and The London position Tom Longbottom stood for.

In a hustings last year, Longbottom was asked “Why aren’t you a woman?” He replied pledging to put in a plan from the beginning of the year to encourage people to put themselves forward for the role this year – specifically more women.

For the last few weeks, Barts and The London Students’ Association has been recording videos of current BL representatives explaining why they think people should run.

In a recent interview with The Print, Longbottom said he told elected BLSA representatives at the beginning of the year to start thinking about who can replace them.

This year, Vice President Barts and The London will be a contested position (which is has not been for the past two years) however there are still a number of BL positions which nobody has been nominated for.

Looking at the candidates who are running for BLSA President this year, Longbottom said: “We’ve got three very qualified people running so whoever wins, they will be fantastic.”