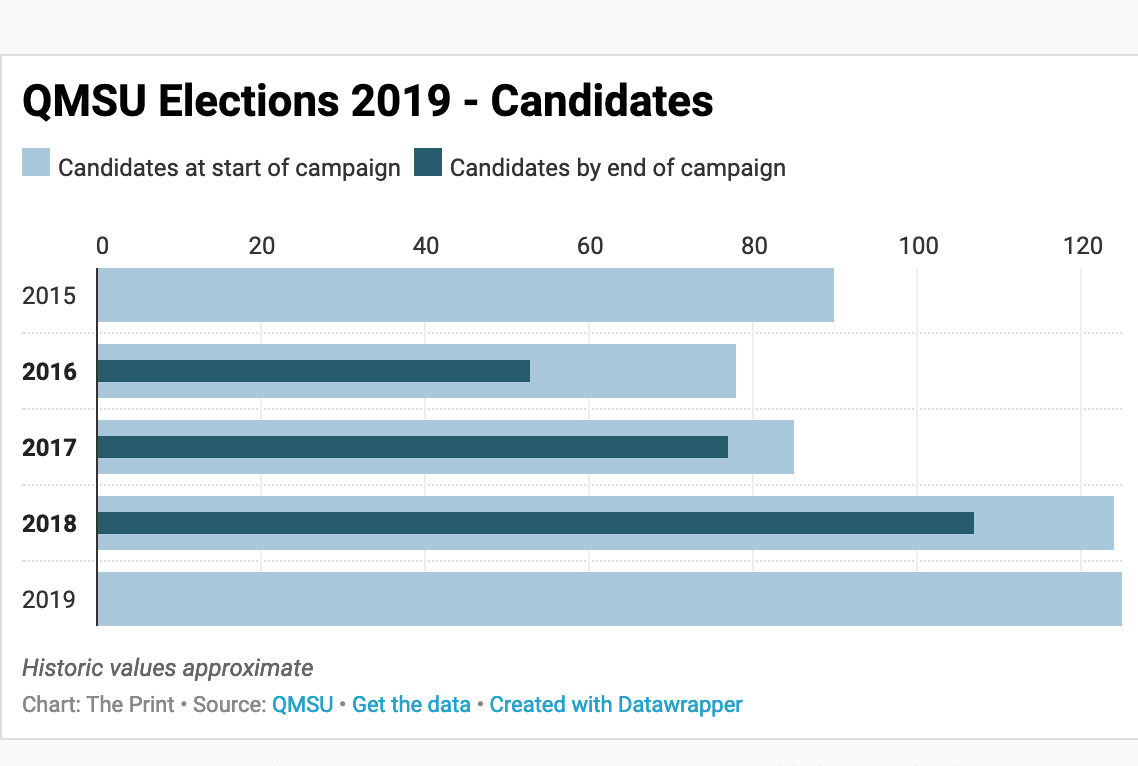 Over one hundred candidates running in 2019 SU elections

Voters will be spoilt for choice at the ballot box (or website) in the 2019 elections as more candidates are running than in any of the previous five QMSU elections.

One-hundred and twenty-five candidates will be polishing off their manifestos, taking the stand in Library Square, and getting grilled by fellow students over the next few weeks as they battle it out for only 43 positions.

In 2018, 16 candidates ran to be either President, VP Education, VP Welfare or VP Barts and The London. However this year there are only 13.

Also, this year, an overwhelming majority of the people running for executive officer positions are women: 85% – compared to 50% in 2018.

After The Print reported the surge in women candidates last week, current executive officers have been allegedly disputing which one of them should take credit. However, the more important question is surely around whether the responsible executive officer has been a positive inspiration or a negative motivation.