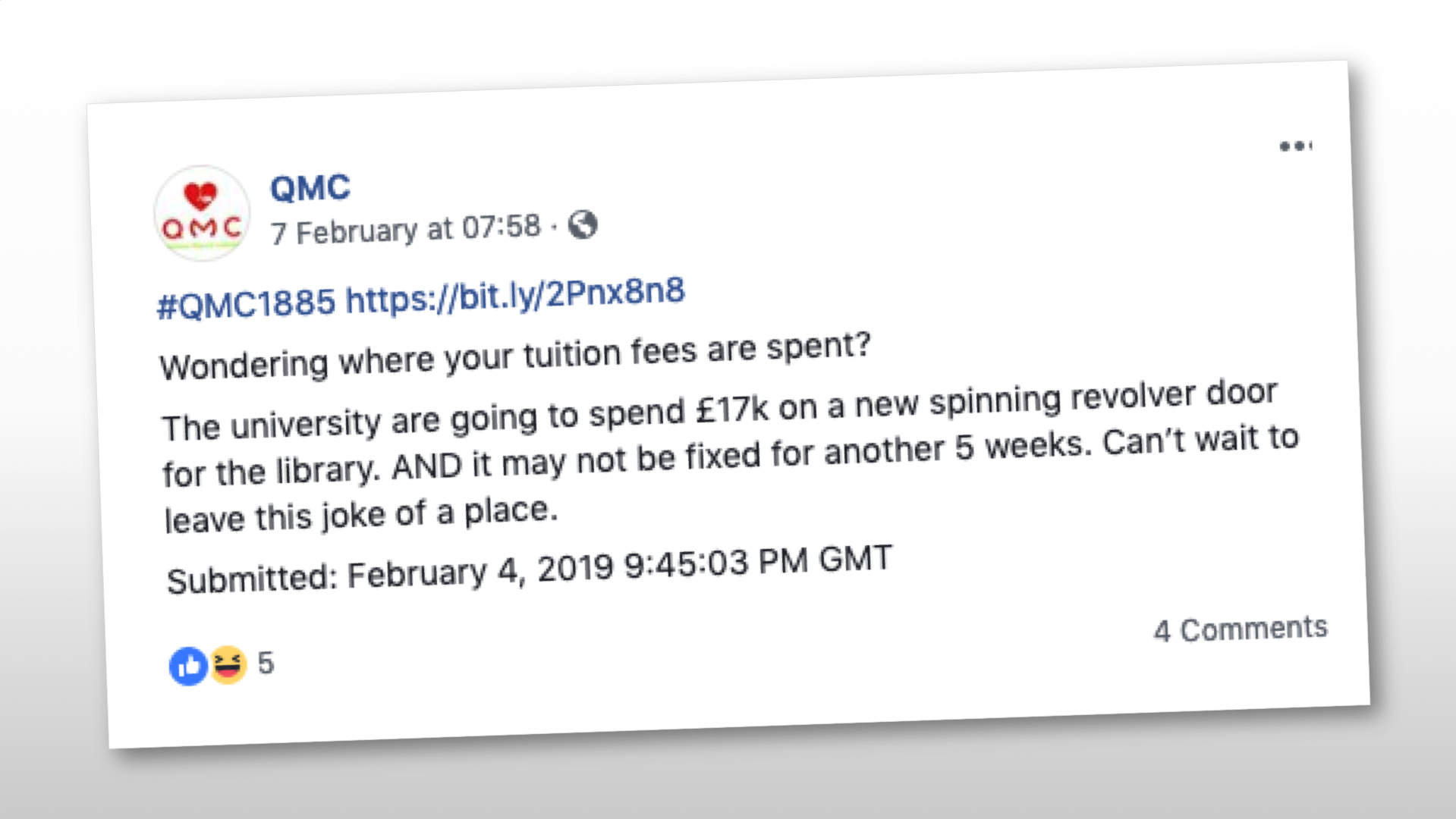 Will it cost £17k to fix the library doors?

A post on Queen Mary Confessions claimed that £17k was being spent on replacing the doors in the Mile End Library which have been broken since winter.

A student submitted a question to VP Education Redwan Shahid for The Print’s interview show, Queen Mary Questions, enquiring whether it was true that £17k was going to be spent on replacing the library doors and whether he thinks this money could be better spent elsewhere.

The question seems to have originated from a post on Queen Mary Confessions where the £17k figure is first cited. It begins, ‘Wonder where your tuition fees are being spent?’

However, Shahid says: “I haven’t been involved in any conversations where that figure was mentioned.”

“I haven’t been involved in any direct conversations about the ins and outs of how they go about fixing the library doors.”

Shahid explained that the issue with more ‘traditional’ sliding doors is that when they are being used frequently they will allow too much heat to escape the building, meaning money that was saved when installing these doors rather than revolving ones will still likely be spent on additional heating and maintenance for the building.

The revolving doors were not without fault either. Students have often complained about them posing a potential danger when moving at high speeds – especially during busy hours.

Almost 1000 people use the Mile End library at peak times (around 3pm), and even more than that during exam season, so Queen Mary needs to buck up their ideas and sort out a permanent library entrance soon.

If the QMC post does turn out to be true and tuition fees are being spent on replacing well-used library doors… then whatever next? Before we know it, Queen Mary will be using our tuition fees to keep lights on in seminar rooms and buy new books for the library….