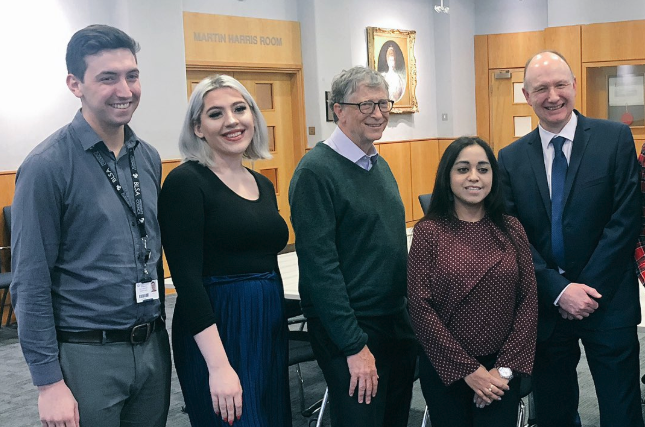 “I think I embarrassed myself” – Ella Harvey on meeting Bill Gates

What happened when the iconic humanitarian, rights advocate and author met Bill Gates…

In a soon-to-be-released episode of Queen Mary Questions, QMSU’s VP Welfare Ella Harvey speaks about what it was like meeting Bill Gates when he visited Queen Mary a few weeks ago.

As one of the elected sabbatical officers at the Students’ Union, Harvey was introduced to the founder of Microsoft before he took to the stage in the People’s Palace to answer students’ questions.

In the interview with Editor-in-Chief of The Print Millie Pritchard, Harvey jokes that there was some confusion when Gates asked the sabs if they were ‘seniors’.

The full video interview with Ella Harvey, where she is grilled about sexual violence, mental health and living up to her manifesto promises (as well as Bill Gates) can be viewed here: https://www.youtube.com/watch?v=k27BKmr9aBs