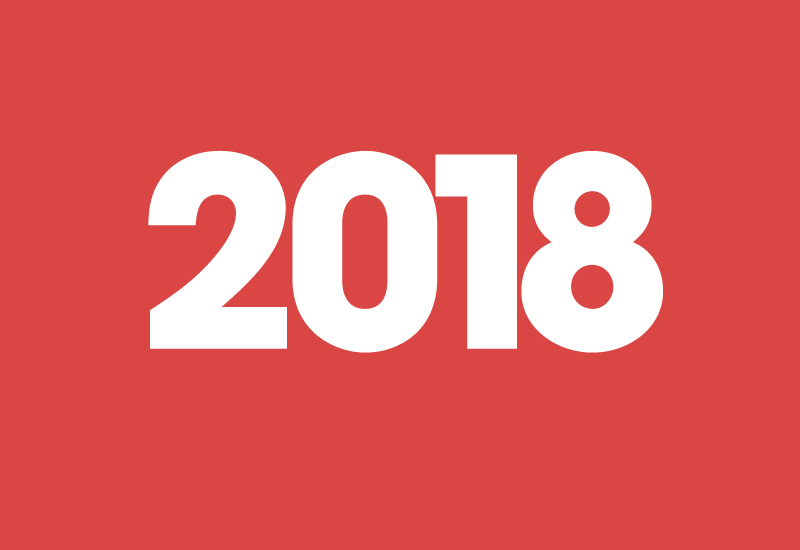 For all the dramatics, 2018 was really a year in which not a lot happened, but lots of fuss was made. We ‘discovered’ that the government was incompetent; that Corbyn was worse at PR than FDR was at a triathlon; that Trump was so evil even Ivanka made him sleep on the couch, and that Brexit was going to require more preparation than a microwave meal. We entered 2018 with a Prime Minister who lost a general election to a party that hates Jews and coherency as much as Gary Glitter hates pubic
hair, and who, when forced to replace Boris Johnson, someone as loyal to wives as Martin Lewis is to service providers, chose Jeremy Hunt, which is rather like swapping AIDS for Smallpox. From the off , it did not look good.

To paraphrase Oscar Wilde: to lose one Brexit secretary may be regarded as a misfortune; to lose two looks like carelessness. This can only be a reference to the Conservatives, who last year managed to make themselves so unpopular that only relieving themselves on the Cenotaph could take them lower. Their handling of Brexit, an issue that much to their disappointment took more than hope and patriotism, went as smoothly as an episode of Westworld. Somehow, human-lookalike Theresa May’s strategy of staunchly demanding legal impossibilities in a sordid imitation of a pantomime headmistress, did not prove a success. This was shown by David Davis (who, I sincerely believe, was named as a cruel joke) and Dominic Raab, who both resigned from managing Brexit in protest of how Brexit was being man- aged. It takes skill to perfect Machiavellian politics, but never have politicians back-stabbed themselves.

The situation in Parliament was not helped by Jacob Rees-Mogg (est. 1836) who, along with his unironically named ‘European Research Group’ (ERG), which is rather like The Sith calling themselves the ‘Jedi Investigative Committee’, held up the government’s negotiations. The ERG, which has all the diversity and progressive attitudes of The Bank in Mary Poppins, said that the PM’s now dead deal was unacceptable as it could keep Northern Ireland in the customs union. But we know that you either have no hard border with Ireland and a customs union, or you have neither. They come hand in hand, yet ol’ Blighty continues to demand the impossible. Despite all this, Theresa May clings on, which may not be a bad thing. If she was to be replaced, we would have either Jacob Rees-Mogg, on loan from the novels of Charles Dickens, or human/burger hybrid, Boris Johnson. May is not a good Prime Minister, but she is better than them two. Also, she has had some political triumphs. The dancing entrance at the 2018 conference, whilst making me feel a cringeworthy level of discomfort only matched by the staff at Lush, crucially made her the star of the show.

Shamefully, I love this. It is, in many ways, the height of irony that a nation which prides itself on a long history of unnecessary involvement in other countries’ affairs finds itself struggling to leave an institution it accuses of just that. British politicians, so out of touch with reality, living a life of almost aristocratic privilege, are now enforcing the political will of the sort of people who, on Jeremy Kyle, you wouldn’t be surprised if DNA results revealed the father to be a Staffordshire Terrier.

This incompetence was matched by the Labour ‘leader’ Jeremy Corbyn, who commands all the speaking ability and charisma of Stephen Hawking without his machine, and in 2018 gave us a Brexit strategy more cryptic than the Guardian’s crossword clues. In a year where Theresa May failed to meet any promises to voters, Corbyn has decided to tell us nothing about Labour’s position on Brexit, but instead focus on more important issues like Mavis from Yorkshire’s worries about patio regulations, and Giles from Pembrokeshire’s concerns about the recent decline in DVLA funding.

A part of me, born back in 2017 when I felt slight optimism for Labour, believes, hopes, even prays on occasion, that this is all a well devised ploy by Corbyn. That somewhere, in a secret allotment, him, Diane Abbot and John McDonnell have it solved. Alas, I know this to be untrue. Our only hope is not Labour, but cancer, liver disease, and dementia. They will, with any luck, wipe out those who voted to leave the EU because people on trains ‘talk foreign’. Disturbing sexual acts and infuriating entitlement provide a convenient transition into Donald Trump, America’s walking and talking prochoice argument. This year, to spice things up, Donald took the refreshingly fascist decision to separate parents and children at the US/Mexico border, something that then Home Secretary Amber Rudd described as ‘on the table’ for a post-Brexit immigration policy. In his signature post-apocalyptic-game-show-host style, Trump blamed the whole issue on the Democrats, saying that if they concede and fund The Wall, then he will stop the separations, something that then Brexit Secretary *insert name here* stated was ‘in consideration’ as a Brexit negotiating tactic. Melania Trump, a woman with so many implants that exactly half of her is legally underage, thus making Donald attracted to exactly half of her, openly opposed the child separation policy, presumably because those children were placed in cages, and not in the sewing factories where her clothing line is produced. Donald’s daughter/slam-piece, Ivanka, became more politically prominent this year, meeting the South Korean foreign minister after the firing of Rex Tillerson as Secretary of State in March. Obviously, this was not an act that violates the founding principles of America, because as can be read in the Constitution, nepotism doesn’t count if your father is the President.

At the risk of sounding needlessly pessimistic, in many ways Donald Trump is the President America deserves. Only a country that has produced racial segregation in living memory, 8 Fast and Furious fi ms, and a climate where the only thing harder to get than an abortion is food that meets the 5-a-day criteria, could a political figure as tragicomic as Trump arise. He is, in many ways, a genius. The Wall is a masterstroke; a pointless, tacky construction that exists to satiate bloodlust for minorities and to solve a problem which isn’t real, just to pander to an ill-informed population. Have you ever heard of something more quintessentially
American? But, was this a shock? Did we enter 2018 believing Trump’s USA to be rational, capable and sensitive? Or, did we know that America was the worst dregs of European society, with some racial minorities trapped inside to be used as cheap labour, token friends on Instagram, and political scapegoats? We all know the answer.

Thank you 2018 for confirming what I already knew; my future is as fruitful as Stevie Wonder’s hopes of completing a word-search unattended. I will forever rent a home I will never be able to buy, before retiring to become a racist like others in my demographic statistically become in old age. And, the fact that you cannot decide which of those is a joke and which were revealed last year is a rather telling sign that my pessimism regarding 2018 was not misfounded after all.