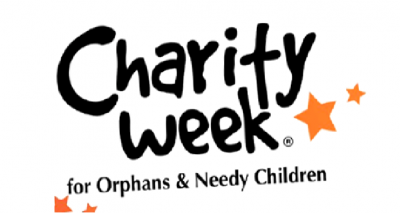 1.1 million reasons why unity is worth it

By Ibrahim Patel on 7th December 2018

1.1 MILLION POUNDS!”  This was the announcement that had the audience in the Crowne Plaza, Glasgow erupting last year in an array of celebration as the Charity Week 2017 grand total was trumpeted at the international annual dinner. Students across the globe gathered to celebrate the end of a week-long, annual, volunteer-led campaign in support of orphans and needy children.

Built on the vision of unity and collective action, Charity Week is a volunteer-led initiative, back for its 15th year. Student volunteers in the UK, USA, Canada, Australia, Germany, Qatar, and this year, South Africa, assemble in the last week of October to embody unity through a series of fundraising projects. From bake sales to sponsored challenges to auction dinners, Charity Week volunteers cover it all.

With an underlying theme of unity, this year’s campaign focused on uniting to take care of our planet. The campaign advertised the dying earth as a fault of our own, a problem that can only be fixed through collective effort. It encourages volunteers to work together in building a cleaner environment and sustainable future.

Queen Mary Students’ Union’s Islamic Society and Barts’ Islamic Society have the privilege of being proud participants of the growing movement. It is perhaps the one and only time in the year that the counterparts come together to stand as a united entity. Zak Rob, Charity Week UK National Director and 4th year QMBL medic, comments “Over the years, QM ISOC and BL ISOC have grown strength to strength. Last year, they achieved 2nd position internationally, raising £63,108.27.”

Personifying the power of unity, as well as working with the Barts’ Muslim Medics and Dentists, the Islamic Society has come together with the Syria Solidarity, Gaming and Somali Societies to organise a unique line-up of fundraising events. Rob adds, “This year, not only are they uniting together to support orphans and needy children, but the further collaborations they are undertaking to support campaigns such as Black History Month is a real embodiment of our vision of unity.”

Funds raised this year have gone towards some sustainable projects voted by volunteers themselves, which include the provision of safe water and maternity care units in Mali and schools and orphanages in Syria.

Queen Mary University students hold every reason to be proud of the projects that they have helped fund this year, as they patiently anticipate their fundraising total to be counted. After weeks of endless planning, volunteers have showed us that only  through uniting as one, can we be lifesavers.

As last year’s International Director of Charity Week, Ahmed Shaikh, echoed at the 2017 international annual dinner, committed volunteers across the whole world displayed “1.1 million examples why unity is worth it.”