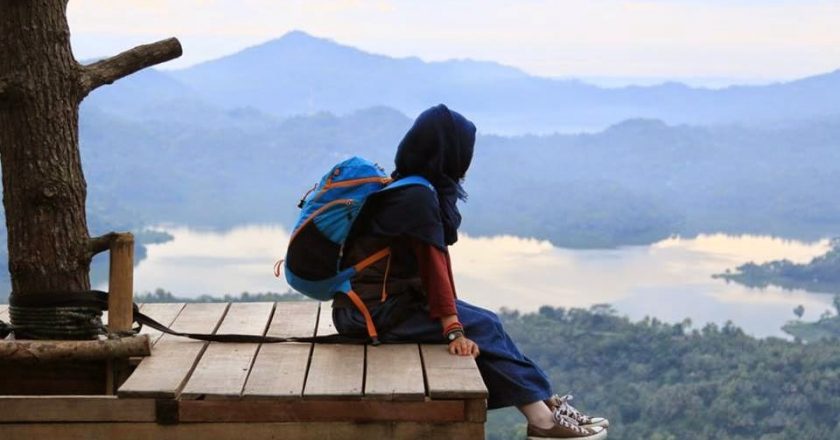 Let’s face it, being a Muslim woman and going travelling isn’t always an expected pairing. Some of us have not had the opportunity to travel as much as we’d have liked. Our parents prefer us to wait until were a bit older either to go with friends or a partner.

I know this because it’s happened to me. My mum was uncomfortable with the thought of me, 20 years of age, getting on a plane by myself to visit my friend on the other side of the Atlantic.

Now, I’m not saying this is a ‘Muslim’ thing, rather more of a ‘safety’ thing for my mum. She was petrified at the thought of me getting on a 12-hour flight by myself and I’m pretty sure that’s a somewhat normal parental instinct, right?

There is a general concern around Muslim women travelling – especially alone. I’m sure there are good intentions behind this, with concerns around safety given the current climate of race and crime. Yet travelling, regardless of whether it’s by yourself or with friends, will teach you so many valuable life lessons that it’s worth overcoming the potential drawbacks.

The point is of this article is not to deter Muslim women or paint an entire brush over one group or religion. The purpose of this article is to recognise there are more and more Muslim female solo travellers out there and that they should be celebrated.

Even if you may not know of them or see them, they’re out there blogging, vlogging, capturing their whole journeys and at the same time educating and advising their audiences on the potential dangers. Not only is it inspiring, but also empowering, and it can help your family become comfortable with the idea. Have a look on Facebook where there’s a group called ‘Muslimah’s Who Travel’ as well as the various blogs by Muslim women who have been travelling by themselves.

There is more general travel advice for solo women travellers, such as wearing a “wedding band” on the ring finger or to shout ‘fire’ instead of ‘help’ in English speaking countries. However useful, or not, these travel tips are there may be more to consider as a Muslim woman travelling abroad by themselves.

I don’t know about you but when I go travelling praying is not the first thing I think about (unfortunately). However, thanks to globalisation we now have the invention of portable prayer mats! Which come in little sized travel bags – honestly who would have thought, right?

Also, halal food! You’d be surprised at the number of countries that are accommodating, from Bosnia to Hong Kong, just do a quick search beforehand and you’ll find that you don’t always have to begrudgingly opt for the veggie option.

But aside from the logistical concerns of honouring your faith whilst travelling there are, quite sadly, more challenging scenarios to be aware of.

During first year, a group of friends and I decided to go to Paris. Upon passing the security checks, the French authorities held my friend back – she was the only wearing a hijab. It was unclear what the issue was, it could have been to do with her being an American studying in Britain, but there was the feeling that the problem arose from them struggling to understand her story.

Although it was France this time, it’s a situation that’s mirrored all over the world. A wave of videos on Twitter and articles about Muslims, both women and men, being harassed on planes or being refused entry purely because stereotypes associated with appearance.

I can’t even imagine how that must feel for a woman with her head visibly covered, a statement to the world outlining her faith, and why shouldn’t she?

So, before you jet off on your world travels, or post-university get-aways, do a little research. The Foreign and Commonwealth Office provide a complete rundown of everything you need to know on over 200 destinations around the world. Take a look before your next trip; it’s always wise to be aware of your surroundings as much as possible, especially if you’re flying solo.

In addition to country specific information they also have a whole section on travelling for solo females. Muslim or not, check out their advice, it really is worth being as prepared as you can as you set off on your next adventure.

Some of the best friends I’ve made have been as a result of my time abroad so if you take anything away from this article, let it be that it’s all about taking the plunge. Yes, it can be difficult and scary, but as is everything in life that is worth doing.