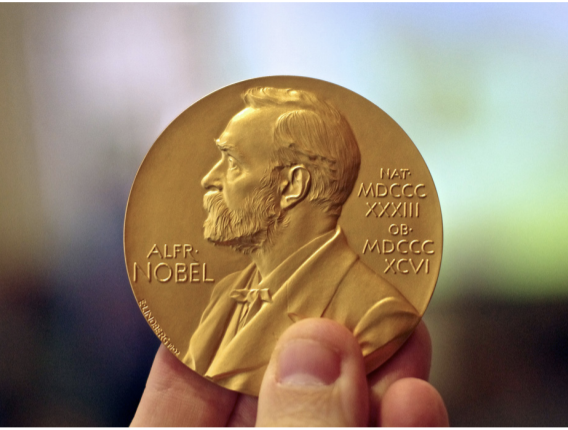 Contributor, Magdalena Ines Schacht, gives us the lowdown on the winners of the Nobel Prize this year

The Nobel Prize is one of the most prestigious awards in the world. There are six categories: peace, literature, physics, chemistry, physiology or medicine, and economic science. The Nobel Foundation and Prize were established by the Swedish chemist and engineer, Alfred B. Nobel (known for the invention of dynamite) towards the end of the 19th century.

He had decided to dedicate the majority of his wealth (31 Million SEK at that point in time which converts to 2.6 Million GBP today), to reward great discoveries that were beneficial for mankind. The first prizes were awarded in 1901, five years after Nobel’s death on 10th December 1896. Since then, they have been distributed annually on that day (besides a few years during World War I and II).

This year’s Nobel Prizes honour the work and discoveries in cancer therapy (medicine), laser physics (physics), enzyme evolution/phage display (chemistry), and sustainable economic growth (economic science), as well as war crimes (peace). During the time this article was being written, the announcement for the Nobel Prize in literature had been postponed.

James P. Allison and Tasuku Honjo (Laureates for the Medicine Nobel Prize) were awarded jointly for their discovery of cancer therapy by inhibition of negative immune regulation. Both researchers each identified a protein (CTLA-4 and PD-1) operating as a brake in immune cells. Their discoveries are based on the idea, established during the late 19th and early 20th centuries, that activation of the immune system might possibly attack tumour cells. However, it is important that the immune system is not over-accelerated, which may cause the attack of not only the foreign microorganisms, but also healthy cells. The identified proteins acting as brakes avoid autoimmune attacks. However, Allison and Honjo used the brakes to unleash immune cells to specifically
attack cancer cells and their discoveries are used in new cancer therapies (immune
checkpoint therapy).

In Physics, the Laureates Arthur Ashkin (for the optical tweezers and their application to biological systems), Gérard Mourou
and Donna Strickland (for their method of generating
high-intensity, ultra-short optical pulses) were all jointly awarded the Nobel Prize. Ashkin’s optical tweezers can move small
particles and place them in the centre of a laser beam, keeping them in that position and providing a new technique that grabs particles, atoms, viruses and other living cells with their laser beam fingers. Strickland and Mourou successfully created ultrashort high-intensity laser pulses which led to the invention of chirped pulse amplification that is used in corrective eye surgeries.

Frances H. Arnold, and George P. Smith and Sir Gregory P. Winter were jointly awarded the Nobel Prize in Chemistry for the directed evolution of enzymes (Arnold), and for the phage display of peptides and antibodies (Smith and Winter). Directed evolution of enzymes describes the process in which the molecular structure of proteins is altered in the laboratory so that the enzymatic activity, binding affinity or specificity matches a desired level. As a result, enzymes can be tailored so that they can find applications as biocatalysts, or in chemical and pharmaceutical industries. Phage display is essential for the physical coupling
between phenotype and genotype, which in turn facilitates directed evolution. These discoveries can be applied to human therapeutics and are used against inflammatory diseases and cancer.

The Nobel Prize in Economic Science was awarded jointly to William D. Nordhaus (for integrating climate change into long-run macroeconomic analysis), and to Paul M. Romer (for integrating technological innovations into long-run macroeconomic analysis). Both Laureates invented models that showed the interaction between economy, nature and knowledge. Romer’s research led to the establishment of the endogenous growth theory explaining how our knowledge (especially improvements in productivity), is somewhat essential for faster innovations and therefore growth. Nordhaus’ discoveries focused on climate change and created an integrated assessment model to explain the global interplay between economy and climate. These findings provide insight into both how and why technical innovations influence climate change.

For their efforts to end sexual violence as a weapon of war and armed conflict, Denis Mukwege and Nadia Murad were jointly
awarded the Nobel Peace Prize. Both Laureates have contributed significantly in the attainment of attention on war crimes, especially those involving sexual violence. Mukwege has worked largely in helping victims of sexual assault in the Democratic Republic of Congo. Murad, victim of war crimes herself, has shared her experiences. However, her voice is also the voice of other victims. She became the UN’s first Goodwill Ambassador for the Dignity of Survivors of Human Trafficking in 2016. Murad and Mukawage have fought courageously against war crimes and for victims by seeking justice.