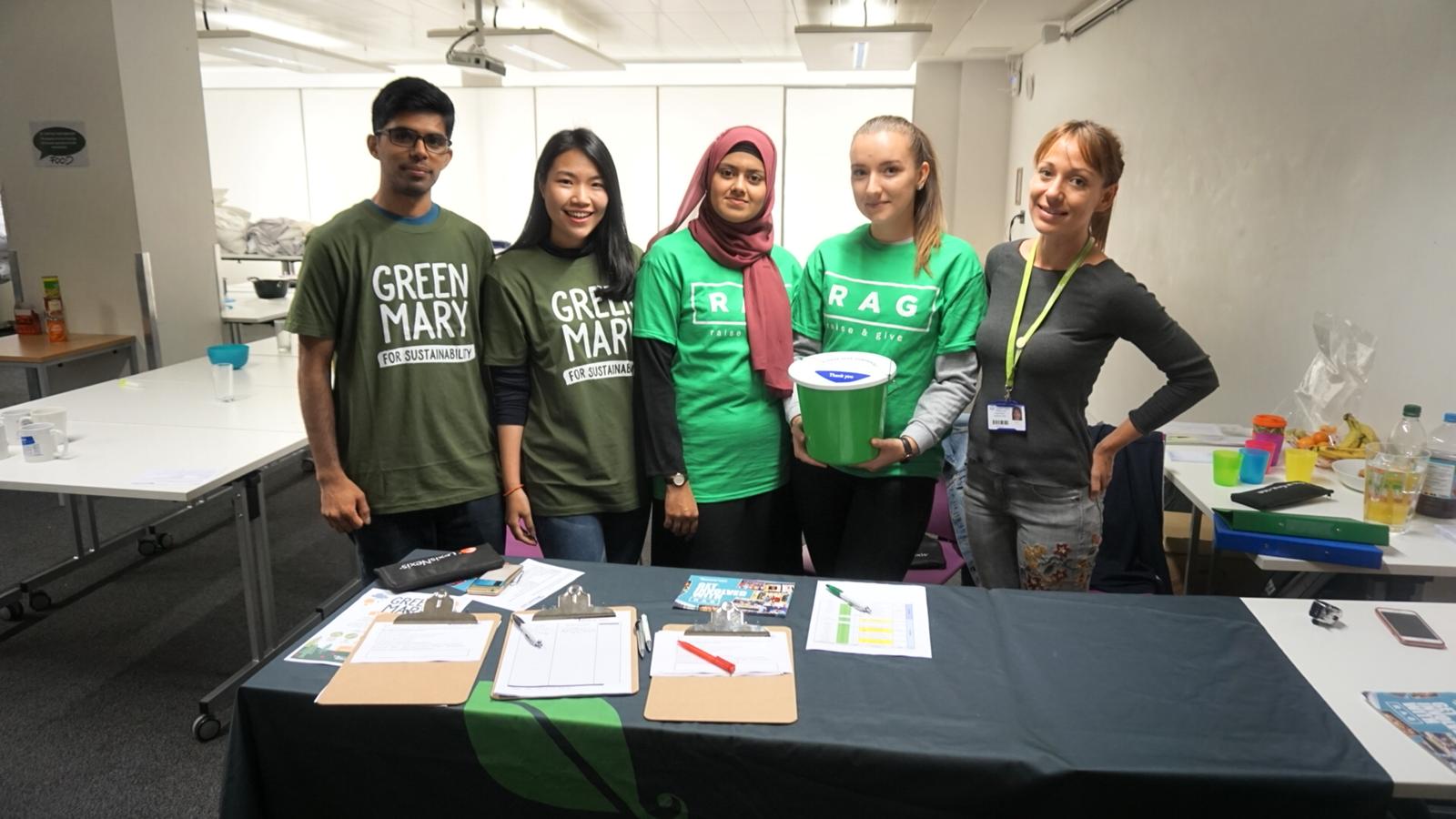 Reuse Fair proves to be a huge success

At the end of last semester, students moving out of campus accommodation were encouraged to donate unwanted items, such as duvets, crockery, and kitchen utensils so that they could be given to future freshers free of charge.

The scheme launched after students noticed that in previous years, the British Heart Foundation donation bin – as well as the regular campus dustbins – were overflowing with items that students no longer needed.

This year, items equivalent to the weight of a cow were saved from the tip and put out for new students to browse and collect from the ‘Reuse Fair’, which took place during move-in weekend.

Over 200 students came to the Reuse Fair, which was staffed by volunteers and Green Mary group members. By the end of the second day of the fair, only three duvets, two pillows, some linen and a few folders were left. But even these did not go to waste; the folders were given away during Freshers’ fair and the bedding was taken to a homeless shelter.

Montse Oliver, Sustainability Coordinator and organiser of the fair, said: “Uncommon items” such as a pool table game, electric blankets, hairdryers and furniture went first. Some people came in early in the morning, took some stuff and came back later for a second round’.

She added: ‘Bedding was more popular among international students because they come here for shorter periods of time and they have to buy everything.’

A feedback survey of over 100 students showed that 95% said Reuse had saved them money and 48% said it helped them ease their transition into university.

The Reuse fair also helped raise funds for the Women Environmental Network and Anthony Nolan (Blood Cancer) thanks to their partnership with the volunteers. The Students’ Union hopes to run the Reuse Fair again. However, Montse admits that storage space is one barrier that keeps holding the scheme back. ‘This year, Reuse was supposed to be launched earlier in May, but due to the difficulties of finding suitable space to store the donations over the summer, the scheme had to be put on hold.’