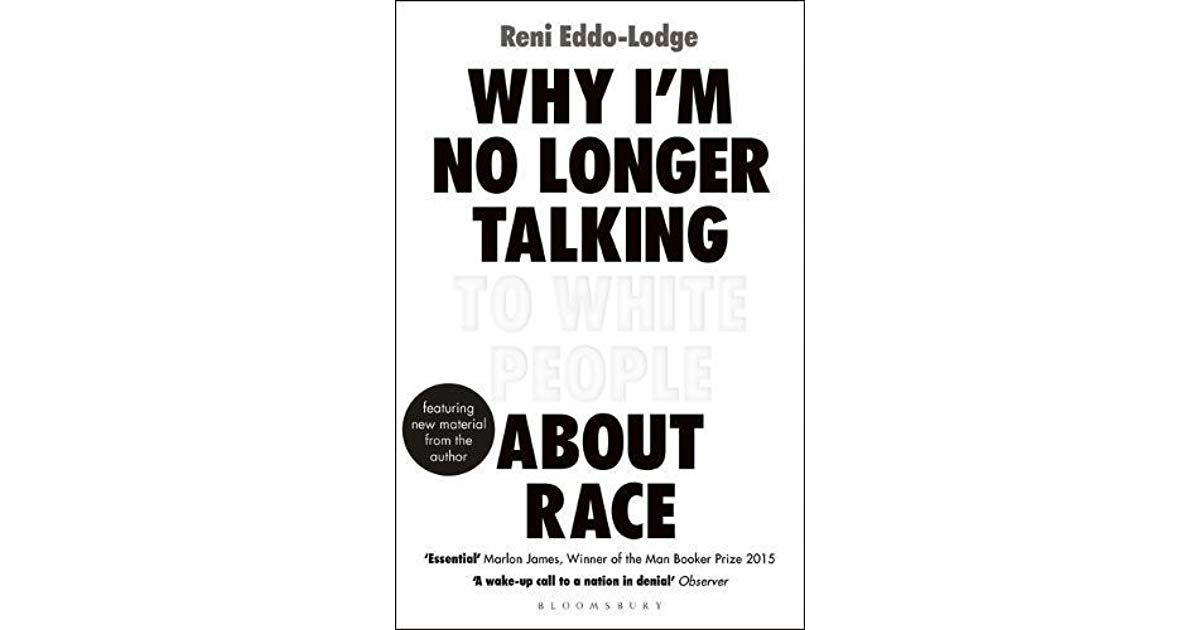 What the Book: Why I’m No Longer Talking to White People About Race

Back in 2014, award winning journalist Reni Eddo-Lodge published a post to her blog entitled ‘Why I’m No Longer Talking to White People About Race’. It blew up. Three years later, in response to the immense reaction the post provoked, Eddo-Lodge published a book of the same name. It was met in similar fashion; A Sunday Times Bestseller, Foyles Non Fiction Book of The Year and according to Vogue ‘The book that’s changing how we talk about race’, it’s no short of hype and for good reason too. Many of you are probably ahead of me on this one, having read it last year or following the original blog post itself; but, as I’m reflecting now, I am probably behind on a lot of things.

No prizes for guessing what Eddo-Lodge writes about. While her original blog post discusses the communication gap that exists in the discussion of race with white people, the book develops this idea by reframing the notion of racism- and in doing so highlights this communication gap clear as day. Beginning with a brief history of race relations in Britain, immediately I was into territory that I hadn’t covered in school (or at least, not in any great detail). So much of what I learnt about race in History lessons related to American race relations; whole modules of A Level courses were dedicated to the American Civil War, whilst I know embarrassingly little about the slavery that ended less than two hundred years ago in my own country. Especially today in Trump’s America, with horrific acts of racially motivated brutality being reported almost constantly, it is too easy to point a finger and claim ‘America has a race problem’. It is perhaps harder to own up to the fact that Britain still does too.

Part of the book’s immense success is no doubt Eddo-Lodge’s ability to move seamlessly between dense chunks of heavy historical context, interviews she’s conducted over the years and powerful reflections that range from political to philosophical to deeply personal. She is endlessly engaging and yet extremely disquieting at the same time- I struggle to decide whether it would be right to label the book ‘easy to read’ as it is often incredibly uncomfortable. As it turns out, being confronted with reality is uncomfortable, as is being confronted with one’s own ugly ignorance. But I reckon this is why everyone should read Why I’m No Longer Talking to White People About Race as soon as you can get your hands on a copy. It’s better to feel ashamed of your ignorance than to pretend it doesn’t exist.