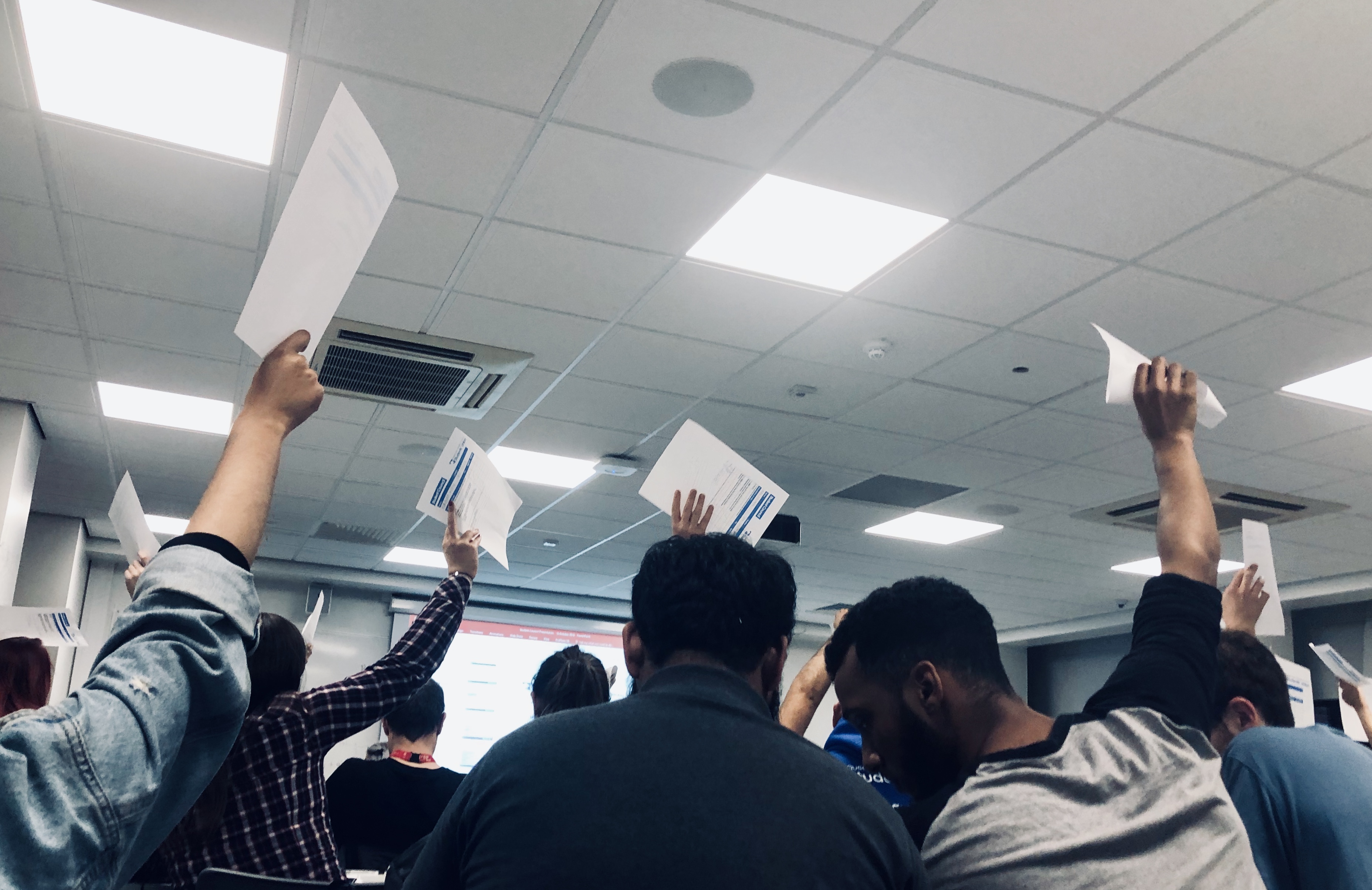 Only a week after Doctor Who returned to our screens, Student Council returned to our seminar rooms. This year the two have a lot in common; a strong female lead, a wide variety of accents, and far more people tuning in for the first episode than can be expected for the rest of the series.

On arrival at the meeting, you wouldn’t have been silly to think that you’d rocked up to the wrong room in the Bancroft building. All the seats in the room were taken and people had resorted to standing at the back. Surely these students were confused and didn’t realise what they were attending? But no, this was actually a packed out Student Council meeting. (N.B. Some actually didn’t intend to be there… but we’ll get to that later)

Early on in the meeting, the position of co-chair of student council was auctioned off. “Who wants to run?” asked Sara before counting the bids. “I see one hand… two.. three.”

It seemed some students had jumped the gun slightly as two of the three dropped out within seconds of putting themselves forwards, arguably running a campaign so short even Liam Fox would be ashamed.

Members then discussed the implementation of email addresses for Student Council and whether they should be for internal use only or not. The email address would be position@qmsu.org but the eagle-eared members of council noticed that many – including a sabbatical officer – kept referring to the email domain being QMSU dot com… a rather unfortunate mistake to make considering qmsu.com redirects users to what looks like a computer virus.

This discussion was interrupted by a puzzled student at the back of the room who said, “I feel like this meeting was misadvertised. I thought this was an opportunity to talk about what’s been going on the last few days.”

Chair Sara explained that a statement had been made and Student Council wasn’t going to be the place to discuss it any more today.

The meeting then paused for five minutes as over a dozen students left the meeting. However, it was unclear whether the mass exodus was due to the fact they had indeed been mislead about the purpose of the meeting or whether it was down to pure boredom – by this point it was 45 minutes after the meeting had been due to start and Council hadn’t even reached the third item on the agenda.

The rest of the “hella long” meeting comprised of policy lapses, disputes over dates of future meetings, and a hour long accountability session with the four sabbatical officers where it became clear that relations between the SU and societies has become somewhat fractious (don’t worry, we’re going to cover this story with a more serious tone).

Redwan shocked students with news about electrical systems in the library, Tom shed light on lighting issues on the Whitechapel campus and Ella… oh make your own puns.

A highlight of the meeting was the announcement that there is no longer a minimum card spend in Ground – making it easier to buy refreshing bottles of sparkling water!

Although the meeting was long (the equivalent of three and a half episodes of Doctor Who, if you want to keep up that analogy), council members proved great stamina. Many knew what they were getting into and prepared for the long haul, whacking off their shoes for comfort and nibbling on snacks.