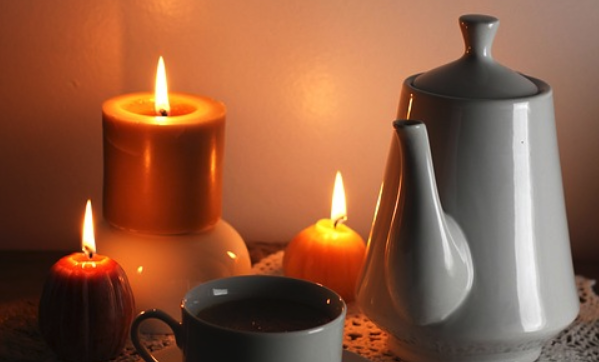 Hygge: worth the hype?

Is there happiness in Hygge?

Hygge is a term which has begun to permeate the British and American vocabulary in recent years. Google clearly translates the word to English as ‘fun’, however many Danes would argue this to be inaccurate. The true meaning of the term cannot be reduced so simply.

Hygge originates from a Norwegian word meaning ‘well being’ appearing within the Danish vocabulary around 1800. Despite the minor linguistic barrier, the sensation is one we can all relate to; The successful blog HyggeHouse defines it as ‘Hygge (pronounced hue-guh not hoo-gah) is a Danish word used when acknowledging a feeling or moment, whether alone or with friends, at home or out, ordinary or extraordinary as cosy, charming or special.’ The popularity of the blog is indicative of the global rise of Hygge in recent years, cosy coffee shops and pinterest worthy bedroom nooks are a recurring images subliminally pushed upon us in day to day media. From my personal dappled understanding of Hygge, coziness seems to be the central idea for understanding the unique atmosphere. In Meik Wiking’s top selling book ‘The Little Book of Hygge: The Danish way to live well’ he uses an anecdotal memory to encapsulate it;

‘We were all tired after hiking and were half asleep, sitting in a semi-circle around the fireplace in the cabin, wearing big jumpers and woolen socks. The only sounds you could hear were the stew boiling, the sparks from the fireplace and someone having a sip of their mulled wine. Then one of my friends broke the silence.
‘Could this be any more hygge?’ he asked rhetorically.
‘Yes,’ one of the girls said after a moment. ‘If there was a storm raging outside.’
We all nodded.’

Undeniably this sounds lovely, yet I cannot help but wonder if the authenticity was misplaced during Hygge’s cross country passage to our dreary isles. Lights, warmth and comfort food. Are these the elements which make the sum of Hygge? Objects such as candles and blankets can be easily bought at any homeware store and we can google recipes for Danish baked goods. Nevertheless I find it hard to subscribe to the idea that such simple material additions can equate to the sum of the hygge feeling, let alone be powerful enough to drastically change somebody’s life.

Yet the evidence suggests it’s worth trying; Danish people are believed to be some of the happiest people on the planet. In addition to the strong welfare state, emphasis on respect and equal rights within the community, Wiking believes that Hygge may also be the reason for the countries general happiness. It is suggested that hygge feeds into the positive attitude of the liberal society. The World Happiness Report of 2018 outlines that ‘All the top countries tend to have high values for all six of the key variables that have been found to support well-being: income, healthy life expectancy, social support, freedom, trust and generosity.’ Although ranking a respectable nineteenth on the survey, we trailed far behind many other northern european countries such as Finland, Norway, Iceland and the Netherlands who all placed within the top ten positions. This leaves us wondering why our neighbours have seemingly cracked the code.

Unsurprisingly, the outlined aspects of happiness correlate closely with the attitudes of Hygge. Wiking’s ‘Hygge Manifesto’ is grounded in the ten points: Atmosphere, Presence, Pleasure, Equality, Gratitude, Harmony, Comfort, Truce, Togetherness and Shelter. In reading a variety of sources, it is clear that focusing on these authentic experiences and avoiding commercialised gimmicks is the most effective way to capture the danish lifestyle. Returning once again to Hygge House, The blog’s author Alex pulls away the perpetuated facade that you can buy into the hygge experience, and I believe summerses the core of the illusive Hygge.

‘It’s not a thing and anyone telling you different either doesn’t understand it or is literally trying to sell you something that has nothing to do with the concept. You can’t buy a ‘hygge living room’ and there’s no ‘hygge foods’ to eat.

It literally only requires consciousness, a certain slowness, and the ability to not just be present – but recognize and enjoy the present. That’s why so many people distill ‘hygge’ down to being a ‘feeling’ – because if you don’t feel hygge, you probably aren’t using the word right.’