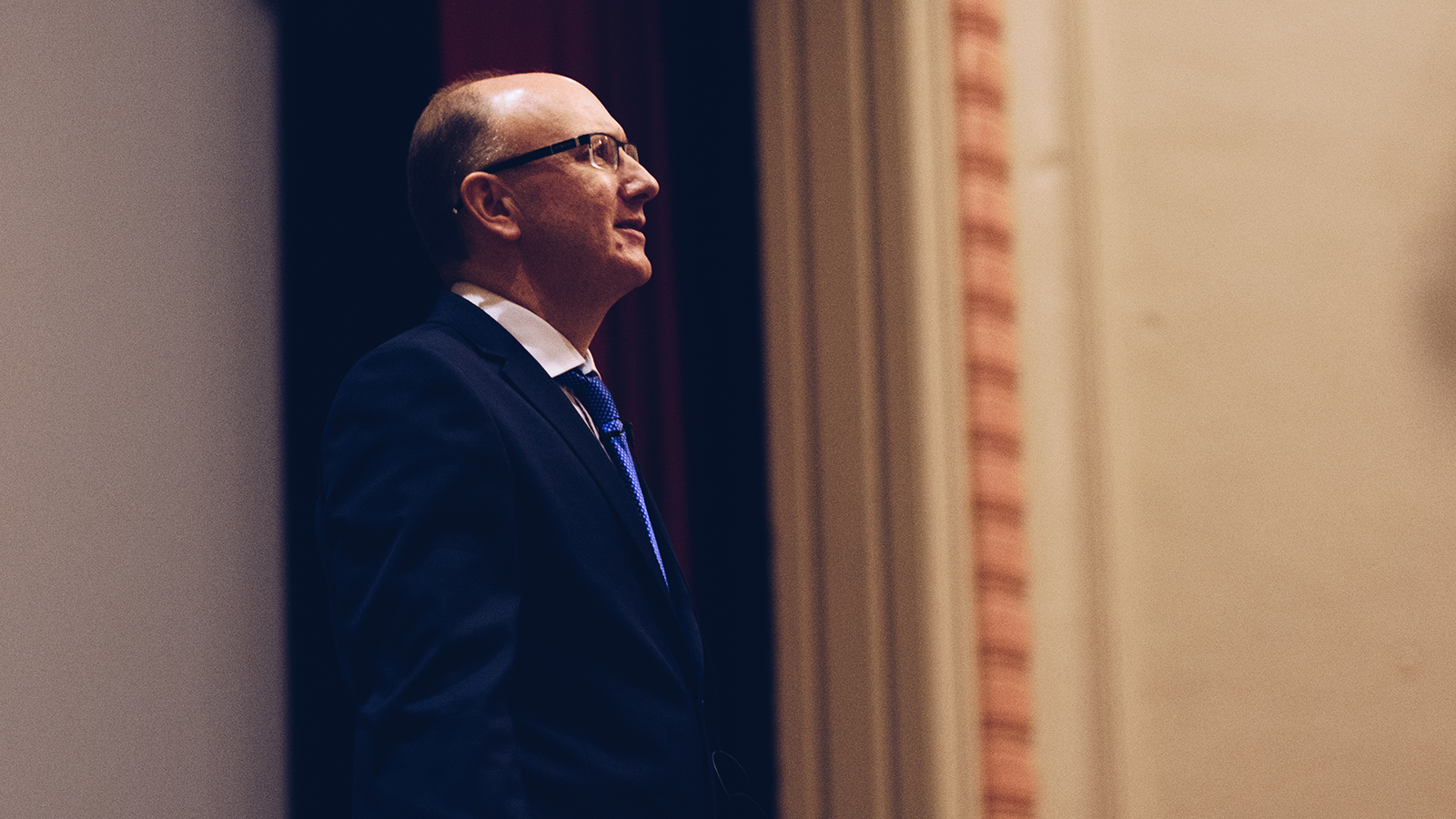 Earlier this year, Queen Mary’s new Principal and President Colin Bailey spoke to packed Skeel lecture theatre about how inefficient fire safety testing, oversight in design and issues with construction were all factors that led to the collapse of World Trade Centre 7, a 47-story tall office building next to the Twin Towers. However, many guests attended the lecture with the intention of disputing facts and distributing leaflets calling into question what exactly happened on the 11th of September 2001.

During the 75-minute lecture entitled ‘The Behaviour of Buildings during a Fire – Why the World Trade Centre 7 Collapsed’, Principal Bailey drew upon his career-long experience in the field of structural engineering and his time on the 9/11 expert witness panel to explain how World Trade Centre 7 became the first building to ever collapse primarily due to uncontrolled fire.

At the end of the lecture, he opened the floor to questions and clarified that he did not want statements. The first question was from a man who accused Professor Bailey of deliberately not mentioning a pool of molten steel found below the building. He went on to say steel does not melt at the temperature Professor Bailey stated the fire would be at.

Professor Bailey explained that his research only went up to when the building collapsed and burning could have continued under the ruble. Professor Bailey declared that he was however aware of the conspiracy theories. The gentleman rebutted, “I’m sorry but you haven’t answered my question.”

Unfazed, Professor Bailey moved on and took more questions from the audience regarding Grenfell, the Shard and specific lessons that were learned from WTC7. It was while answering the latter of these questions he was heckled from a lady sat near the front of the lecture theatre.

She said Professor Bailey had failed to mention a janitor who claims he saw people planting explosives, as well as 300 accounts from firefighters who gave witness statements regarding explosives. Other audience members jeered ‘SHAME!’

Professor Bailey said that he would finish answering his original question and then address her. The lady replied, “It seems like every question you took this evening was pre-planned.”

Bailey finished the answer he was giving before he was interrupted and then offered the lady an opportunity to speak into a microphone, rather than just heckling. She accused Professor Bailey of “just spouting the official narrative” and not properly using the academic peer review system. “I’d appreciate it if you didn’t call us conspiracy theorists” she added.

The Principal explained that his intention was not to offend anyone and he was just offering the most balanced view. He then attempted to address some of the points.

He described how when he taught in Manchester he did a class on the political side-effects of bad design and used this as the prime example. “I think it’s important for students – especially engineers – to understand the importance of what they’re designing and what they’re building and the consequences of failure.”

However, the heckler would not stop interrupting him. This continued for ten minutes until Professor Bailey declared he would end the lecture if she would not let him speak. After one more unsuccessful attempt to respond to some of the lady’s points, he was forced to end the event.

As visitors were leaving the room, a man stood on his chair and shouted that if people wanted to hear the truth about 9/11, they should attend a lecture at Conway Hall on 5 March. (This event was later cancelled by Conway Hall after the charity organisation HOPE not Hate allegedly contacted them warning of ‘bad publicity’ if the event went ahead.)

There was a drinks reception that followed Professor Bailey’s lecture. By this point though, the university president was accompanied by security which was just as well because a group of the so-called “truth-seekers” tried to stop Bailey from leaving the building afterwards.

In an interview with The Print after the inaugural lecture, Professor Bailey said, “I wasn’t expecting what happened but hopefully it was managed okay.”

“What I was disappointed with was they did not want to get into a dialogue about those questions or even allow the questions to be answered. I think freedom of speech is important so people can express their views but then it is also important to debate those views.”

Listen to The Print’s interview with Colin Bailey…