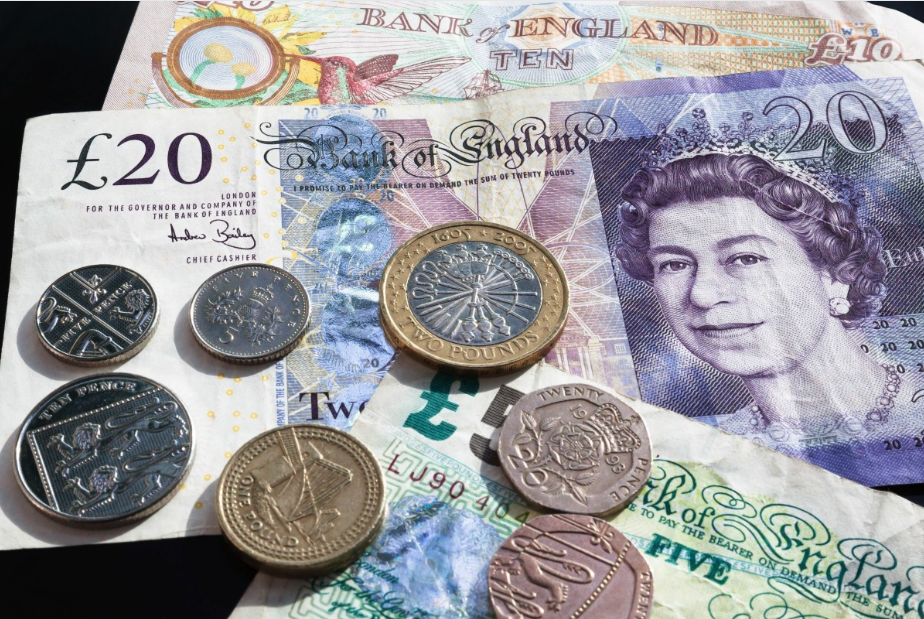 A Guide to Living: Getting paid enough to actually live

By Madeleine Goode on 27th September 2018

Oh, London. The cruellest mistress. Can’t live in her, don’t wanna live outside of her. The expensive seductress who lures you in, despite your protestations. Just picture it. You’re up early — it’s a Sunday morning. Take the 25 from Mile End to St Paul’s, thank the hard working driver for his service as you alight. It’s still quiet, and the world is just waking. You can actually hear your boots hitting the surface of the pavement as you walk.

The morning is clear and sunny, and just warm enough. Perhaps you’re carrying a caramel latte in your hands (or perhaps you’re not as basic as me. It’s my fantasy, just cut and paste your preferences ok), and you look up at the Cathedral in the morning sun, and wonder just who built it, and how, how in this difficult world can such a monument exist? The street is alive but not teeming, and you do the classically British let-me-just-scamper-across-a-busy-road-and-wave-apologetically-at-the-taxi-driver-who’s-flipping-me-off, continuing your quick pace down to the Millennium Bridge. The Thames speaks in love’s clearest language as you watch her; she reflects the sun that shines on her, parts for those who enter her, flows and bounds onto every surface unapologetically, spattering London with her touch. You take in the bridge, the trains that run parallel, the boats that plough the water below. You see the Tate Modern, home to the greatest artistic minds the world has ever seen (albeit home to the most expensive coffee the world has ever seen) and thank her for her inspiration. Breathe in, breathe out. London. Every part of you is beautiful. OK, not the Central Line. But everything else. It’s magnificent. It takes your breath away.

You idly take out your phone from your pocket and check your bank balance. You have £13.28. Six days ’til payday. Sigh. Fuck. Shouldn’t have bought the latte. That bus cost £1.50. Wasn’t even a necessary trip. Damn it. I’ll walk home. Need a better job. Can’t believe I’m still on minimum wage. In London? Are you fucking serious? I work forty five hours a week answering to nasty egotistical assholes and I can barely make rent? Rent in my home that I share with sixty seven families of mice and enough mould to grow a new species of mouse on? I take the tube every morning along with apparently EVERYONE ELSE IN THE WORLD, getting breathed on by a dude who smells like he smoked a joint eight hours ago and didn’t brush his teeth, and I make £7.38 per hour? Minus TAX? When it costs me £2.40 just to get to work? What kind of a world do we live in? I’m sick of Pret. Pret is nice but fucking hell it’s a smug place isn’t it. Falafel wrap for £3.75? Fuck you. You’re owned by McDonalds. Don’t tell me you’re a nice guy, Pret. I know who you really are. Also, why did that guy next to me eat salami on a rush hour bus the other day? Can’t you see that’s a dumb idea? And oh, seriously, you’re walking around Zara in Westfield with your screaming child who’s covered in chicken pox? Don’t you think shopping could wait? Seems like your kid is in pain and doesn’t wanna be shopping for an overpriced shift dress right now. I, and the rest of East London, would like to consume overpriced, unethically made products in peace, thank you, madam. I took the tube here and had to listen to some young white dude who clearly spent forty minutes ironing his shirt talk to his mate, louder than is necessary, about making sales of something to someone. I just want peace and quiet.

Do you see? It’s a heaven and a hell. A capitalist hole of filth and corporate crime, and a utopia of ideas, art, beauty, creativity. What forces people out, however, is not always the former – it’s the fact that the latter, the art, the creativity, is entirely unachievable without money. The above ordeals, typical in any big city, are totally tolerable if, like everyone should be able to, you can afford food and stuff like that (no big deal). This brings me to the London Living Wage, which in 2017 was raised to £10.20 per hour. Now. By law, it is optional for employers to pay this wage, as opposed to the minimum wage, which for over 21s is £7.38 per hour. I’m god awful at maths, and even I can work out that that can be the difference between staying or going. London or Somewhere Else. Surviving or living.  Creating or not creating.

If you’re reading this as an employer who pays under the London Living Wage for full time workers in London: do better. Just do better. It should be illegal to disrespect your employees this much. To ask them to scrape, and I mean scrape, the barrel every month while doing you an important service every day of their lives is a violation. Whenever I hear anyone speak about living in London as a young person, the sentence goes something like, “Yeah, I love it, it’s so fun and cool and full of opportunities, but honestly, it’s so expensive. I’m constantly watching myself. It’s impossible to save for my future.” You want reliable workers who enjoy their lives and therefore contribute better to your company? Pay them. Pay your workers the living wage. Don’t ask for a minimum of two years experience in a field and then offer them £7.38 per hour. “Sure, come and work for us. We’ll take your tiring, emotionally exhausting labour and in return, you can pretty much survive in this place you call home. You’ve paid £27,000 for a degree in something, let’s not even pay you that much in a year for all that knowledge you now have.” We’ll go somewhere else. That’s the bottom line – we don’t want to, but we will. Somewhere where you don’t have to nervously check your online banking before putting your card in the machine. Every. Time.

So let’s break this down, living on minimum wage in London. Is it really that hard to live on? The work consists largely of serving jobs; waiting tables, cleaning, barista-ing, bar-tending. Companies that pay minimum wage to London workers include Starbucks and Wetherspoons. This year, a ‘name and shame’ list was released of companies accused of paying below the minimum wage. These included Wagamama, Odeon cinemas and Marriott Hotels. If all these companies pay it, surely it’s possible to live on it. In a recent study, onlymarketingjobs.com claimed that to live comfortably and happily in London, including rent, bills, food, travel, social life, paying into a pension scheme, everything, you need about £1800 per month after tax. Call it £2000 before tax, shall we? On £7.38 an hour, one would need to work 271 hours in one month to earn such a wage. 271 hours in 30 days. Let’s, for the sake of argument, say that a month amounts to around four weeks. And let’s assume, for the sake of argument, one works five days a week — so approximately twenty days a month, yes? For 271 hours a month, on that principle, you’re working 13.5 hours per day. Give or take one or two hours for extra days in the month, that’s more than any person can manage while also maintaining a family life, friends, relationships, or basic sanity. On the London Living Wage, living comfortably comes down to 196 hours per month. Granted, 196 hours a month, approximately fifty hours per week — still ten hours per day, bloody hell — is a lot of work. However compared to the minimum wage, you’d be left with 75 fewer hours a month to work. Of course, this is an estimate. However it’s no surprise that for 271 hours a month, just to live normally and happily, most people would get the fuck out of here, and do it fast.