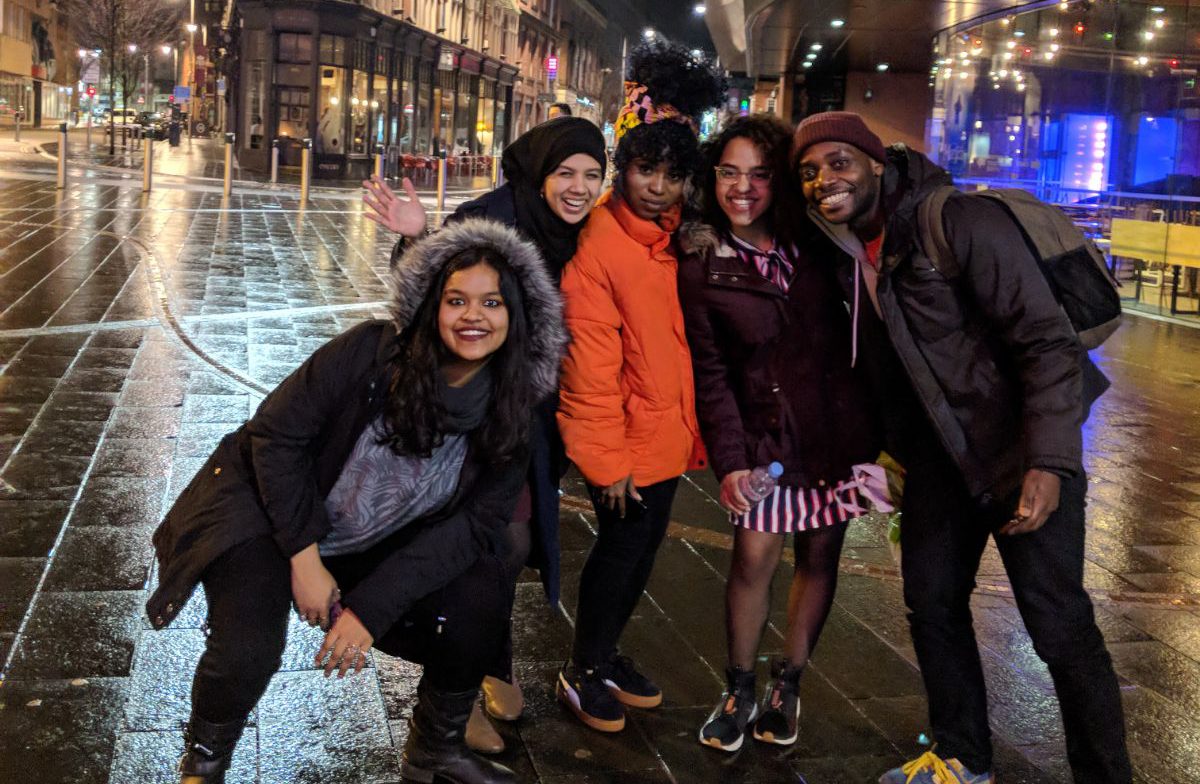 January saw the UK’s National Poetry Slam and Summit, UniSlam 2018. During this event, a team of 4 QM students came together to compete and perform against 22 other universities from UK and Ireland. They held the University’s name high as they passed the preliminary rounds with flying colours and were 1 of the 10 teams to qualify for the semis. Battling it out against the Universities of Birmingham, Manchester, Exeter and Strathclyde at the semis, their journey came to a halt as they came fourth place in the bout, which saw them finish 6th out of the 23 universities to participate.

UniSlam 2018 was the fifth national slam in the series. UniSlam is the UK National University Poetry Slam & Summit bringing together teams of poets from university communities across the UK and Ireland to take part in a comprehensive programme of development workshops and to compete in one of the most exciting slams in the British spoken word calendar. Spoken word poetry has sparked interest among novice writers as it encompasses elements from writing and theatre, and is cathartic for the writer as well as the reader. It tackles issues such as mental health, abuse, sexuality and racism through performance and demands to be heard.

UniSlam uplifts the voices and stories of young people, providing a platform for them to be heard on a national level. We champion the importance of creativity in learning and the rights of young people in the UK. UniSlam offers creative and professional development to the next generation of literary talent through our workshops, talks and masterclasses led by industry experts and professional artists.

UniSlam was founded in 2013 at the University of Birmingham. Since then, it has grown into a 2 day long event, providing artistic and professional development for participants. It is funded by Arts Council England and o2 Think Big and supported by Apples and Snakes, Writing East Midlands, Roundhouse, Curve and Beatfreeks. Toby Campion, the organiser first became involved as a competitor – he took part in the competition as coach for the Edinburgh team in 2013, which they ended up winning. The competition was then hosted at Edinburgh and following that he took over organising the event.

The 3 day event was held at De Montfort University, Leicester and culminated with the beautiful youth poetry showcase and finals at CURVE theatre, Leicester. The finals were hosted by Kat Francois and judges included celebrated names in the spoken word industry like Vanessa Kisuule, Rob Auton, Kayo Kumukanda, Alice Watson and Bridget Minamore.

The team from Queen Mary comprised of four undergraduate students from various disciples. Rhoda Manu, Mahima Tyagi, Fathima Zahra and Fatmah Alreqem hail from SLLF, SED, SBCS and SMD respectively. The team was put together after auditions held at the Mile End campus, followed by two weeks of preparation by coach and mentor, Keith Jarrett, a renowned poet from London.

When asked about their experience at UniSlam, they reiterated the collective chant ‘The point is not the point, the point is the poetry’.