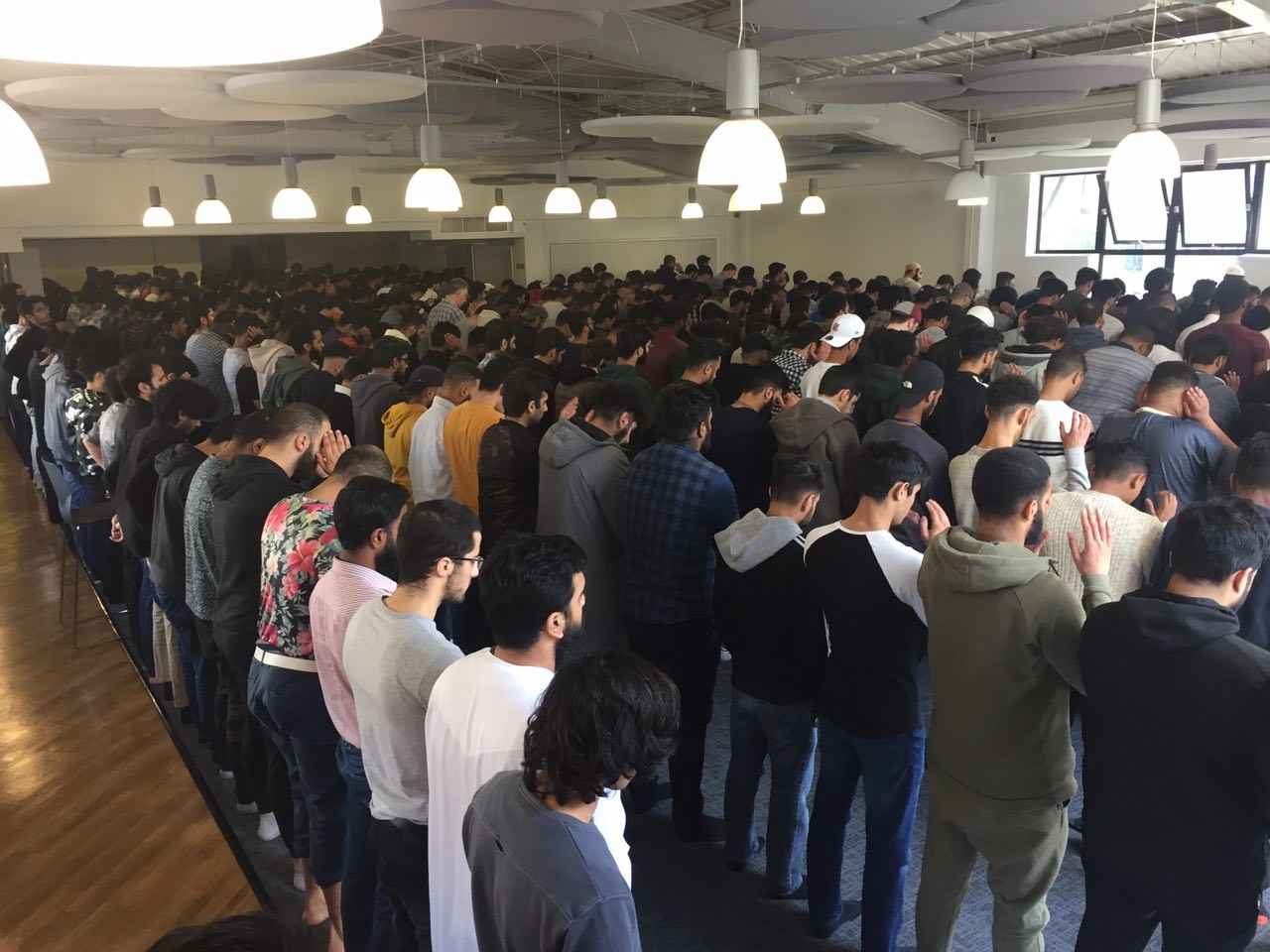 Last week, Friday prayers (Jumu’ah) took place in The Nest for the first time. This was made possible due to the recent refurbishment to The Hive which now includes moveable furniture and sliding walls.

Approximately 600 students flocked to The Hive for Friday prayers, using both the Multi Faith Centre and The Nest.

Prayer space at Queen Mary has been an ongoing issue for over five years now. In the past, students have been turned away from Friday prayers due to the lack of space and safety concerns.

However, in light of the changes implemented in the last week, the Islamic Society have commented: “The Nest will now be able to facilitate for the demand that we have safely and adequately. We would like to extend our gratitude to everyone who has made this possible and especially thank the Students’ Union for their continued support.”

President of QMSU, Yas Yeahia told The Print, “I am elated to announce that Queen Mary Students’ Union helped facilitate the first Jum’uah prayer in The Nest with the Islamic Society.”

“On average, attendance has exceeded 350 students and throughout the past five years the Students’ Union, the Islamic Society and the University worked extremely hard to find a suitable new space. We would like to extend our gratitude to everyone who has made this possible and especially thank the students for their continued support.”

I am so pleased to of witnessed the first ever jummuah in The Nest 🔥🔥🔥. May Allah accept this and put barakah in it #RightToPray @QMSU @QueenMaryISoc @QMUL pic.twitter.com/GNcMMQdUnn

However, Friday prayers expanding to The Nest appears to have met some resistance. In a statement on the Islamic Society’s websites, it was stated: “Regrettably, there have been a handful of Islamophobic comments that were made online that made a number of Muslim students uneasy.”

They went on to say, “Thankfully, the Students’ Union reached out to us to make sure our members are safe and feel comfortable on campus.”

Some students have expressed outrage that The Nest has been closed to the wider student population on Friday afternoons – especially during exam season. However, sources at the Students’ Union told The Print, there is a higher number of people who partake in Friday prayers than who use The Nest at other times, so any concerns about efficient use of the space should be quashed.

Friday prayers will continue every Friday during term time so the Nest will be closed to the wider student population from 3pm until 9.30pm on these days.