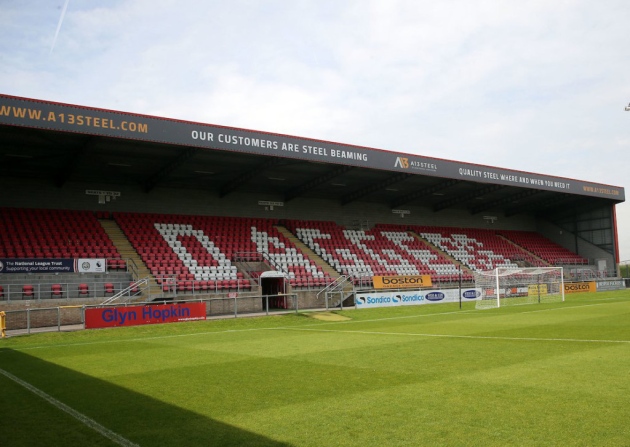 What to do on a Saturday: Dagenham and Redbridge FC

With this being the last issue of the uni paper this academic year, I thought I should take the time to raise awareness about an urgent issue. West Ham, Fulham, Barnet and Leyton Orient have all been written about but this time, i’ll be talking about Dagenham and Redbridge, a club who may not be around much longer.

At the start of the year, major investor and Director, Glyn Hopkin resigned from his role at the club which has seen cash in short supply for the East London side. West Ham are even playing a friendly against Dagenham in March to raise some much needed money. The issue is urgent for a club who have seen success in previous years. Only 8 years ago the Daggers were in League One under the experienced figure of John Still. Still returned to the club in 2015 and has steadied the proverbial ship which has continued to sink however.

Currently sitting in 11th after a fine start to the season, the financial troubles have shrouded the club of late, with just 2 wins in their last six games.

Gate revenue is crucial for a club’s survival; I urge those who have the time to make the short trip to Dagenham and hopefully partake in helping the club survive.

Dagenham only have one more match in this season’s Vanarama National league. On the 21st of April, the Daggers face fellow mid-table outfit Maidenhead United.

Although it won’t be the most exciting match in theory with the game a dead rubber as neither side have anything to play for, these games do sometimes throw up the best score lines. With nothing to play for, both will be fairly relaxed and it’s this atmosphere which might see some questionable defending on display! Unfortunately for the home side, the goals will most likely come from the visiting ‘Magpies’. Morgan Ferrier’s return to Borehamwood has left Dagenham light upfront, so expect United’s Harry Pritchard to be the player celebrating come matchday.

Dagenham have four stands you can position yourself in for a match; the ‘Terrace’ which is standing costs £10, the Family Stand which is seating costs £10 or you can go in the Carling Stand which is slightly more expensive at £15. The final stand is the A13 Steel Stand which also costs £15, however this also houses away fans. These prices are for concessions so please remember your student ID when buying on the day!

Travelling to the game

The London Borough of Barking and Dagenham Stadium will not take you too long to get to from the university campus. From Mile End station, take the District line via Upminster, and get off at Dagenham East, which should take around 25 minutes. When you have left the station, go left and walk straight for around 5 minutes along Rainham Road. After this, take a left into Victoria road which will see you arrive at the stadium.