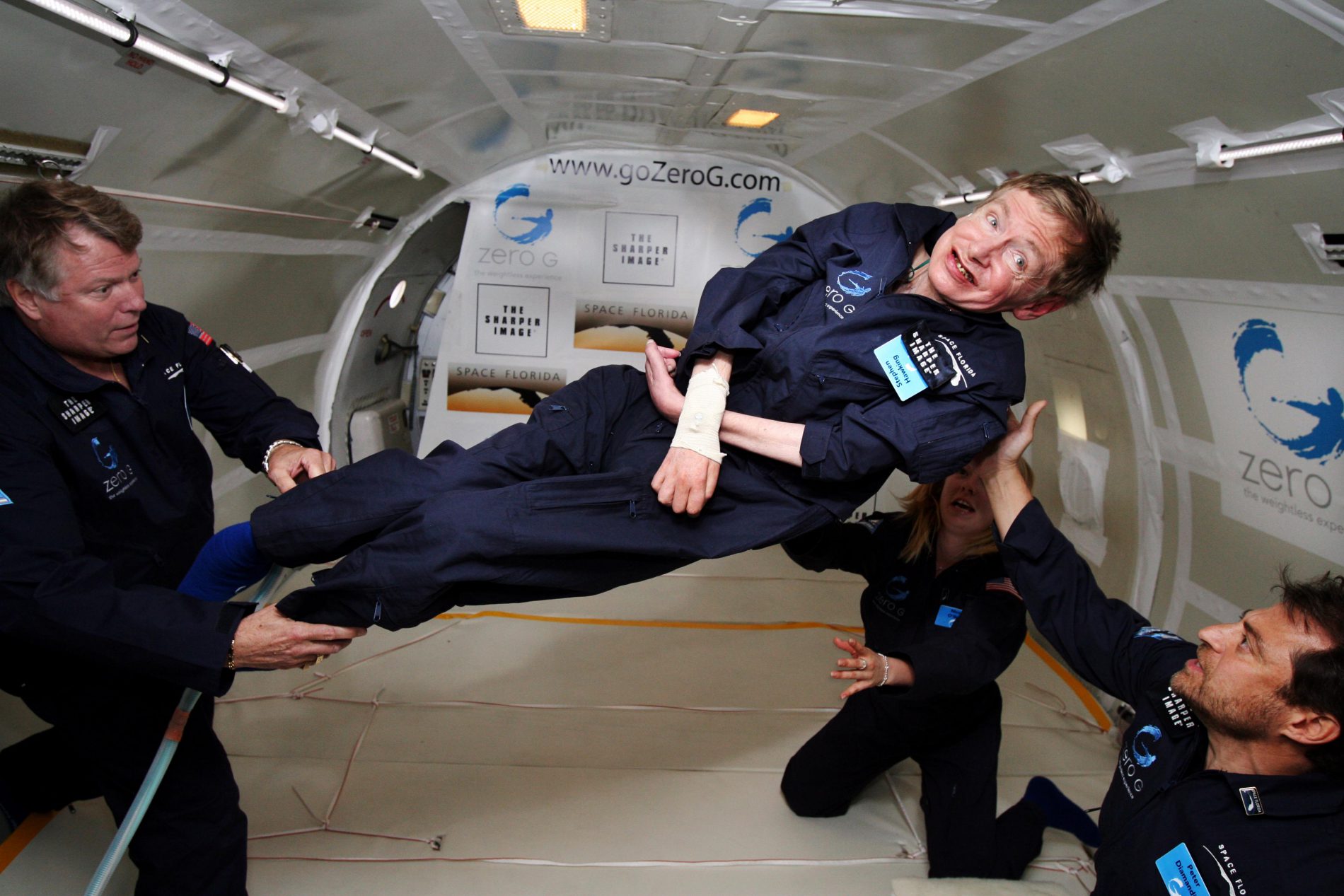 On March 14th 2018, Stephen Hawking passed away at the age of 76, having lived a life over three times longer than predicted after his diagnosis with amyotrophic lateral sclerosis (ALS) in 1963. Throughout his life Hawking made several significant contributions to Physics, wrote successful popular science books such as ’A Brief History of Time’ and made many appearances in modern culture including The Simpsons, The Big Bang Theory and Star Trek: The Next Generation.

Hawking’s scientific works at first focused on the field of Physical cosmology – the study of the origin, structure and evolution of the universe. His PhD thesis attempted to theorise when gravitational singularities, known as black holes today, would form; work which he continued with fellow cosmologist Roger Penrose, Hawking’s inspiration for his thesis, after his graduation.

To solve this problem, Hawking alongside Jacob Bekenstein theorised in 1974 that black holes emit Hawking-Bekenstein radiation, commonly called Hawking radiation. A consequence of this radiation is that the mass of a black hole will gradually reduce over time, resulting in them shrinking and vanishing, in contrast with the second law of black hole dynamics. This process is expected to occur more in smaller black holes, with large black holes as observed today being predicted to lose insignificant fractions of their energy through Hawking radiation. Hawking radiation has yet to be observed due to the effect being too small to observe directly.

In 1975, Hawking took a post as a reader in gravitational physics at Cambridge, where he supervised 39 successful PhD students and was elected the Lucasian Professor of Mathematics. This is considered to be one of the most prestigious academic posts in the world, with other holders including Isaac Newton, Charles Babbage and Paul Dirac.

The book ‘A Brief History of Time’, written in non-technical terms to appeal to a broader audience, was written by Hawking and published in 1985. The book gives an overview of the field of cosmology, from the origin and development of the universe to the search for a unifying theory of everything in physics. The book has sold over 20 million copies worldwide, staying on The Sunday Times bestseller list for a record 237 weeks, and has helped inspire millions about the universe.

Hawking was also very vocal with his personal views about politics, religion and the future of humanity. He was a long time Labour supporter who repeatedly praised and defended the NHS and other universal health care systems, to whom he maintained he owed his life. He also was very vocal about the dangers of creating a superintelligent artificial intelligence, stating that creating a superintelligence “[…] would be the biggest event in human history. It might also be the last, unless we learn how to avoid the risks.”

Hawking was still working on physics upon his death. His final paper ‘A Smooth Exit from Eternal Inflation?’ discussing the possibility of finding evidence of the existence of a multiverse was in the process of further review at the time of his death.