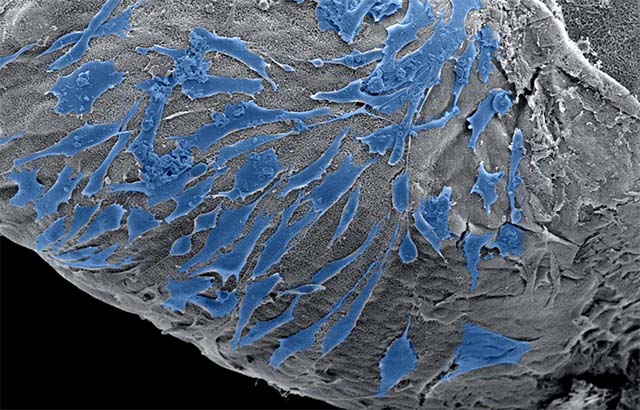 QM researchers lead by PhD student Clara Hedegaard have developed a technique allowing researchers to use cells and molecules from natural tissues to create biological structures.  The process involves placing structures into a bio-ink, a material that simulates the conditions inside an organism, allowing cells to grow as if they were in their normal environment. In the past bio-inks have had a very limited capacity to stimulate the growth of desired cells, however by using multiple molecules that are able to self-assemble into organic structures, this limitation can be overcome.

Clara Hedegaard explained in the press release that “This method enables the possibility to build 3D structures by printing multiple types of biomolecules capable of assembling into well-defined structures at multiple scales. Because of this, the self-assembling ink provides an opportunity to control the chemical and physical properties during and after printing, which can be tuned to stimulate cell behaviour”.

The level of control provided by this technique is on a molecular scale, allowing both microscopic and macroscopic control over the features of the structure. This gives researchers the ability to create structures very similar to tissues or organs through self-assembly, which could have potential uses in future drug testing and regenerative medicine.

The study was performed alongside researchers from the University of Oxford’s Fluid Dynamics Laboratory and the Nanyang Technological University in Singapore, and the paper was published in Advanced Functional Materials, a leading materials science journal, on 15th February 2018.