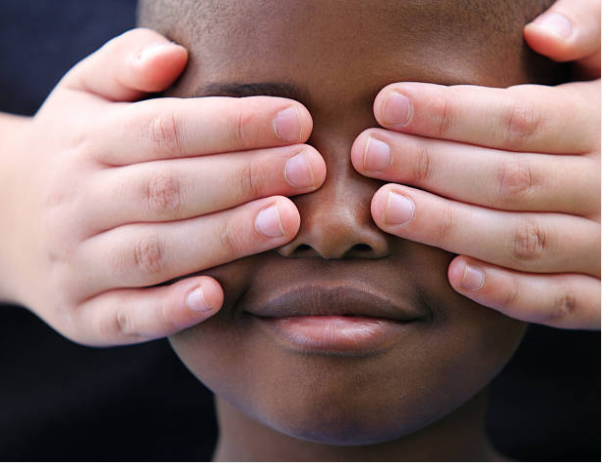 Recently, it’s come to my attention how more and more people are promoting a “colour-blind” approach to life. My Facebook newsfeed is full of mums posting how “my baby doesn’t see colour”, people declaring that they “just don’t register race” and, my personal favourite, how “we’re all the same race really. You know. The Human Race”.

And my god it’s pissing me off.

Immediately, I’m going to state my privilege. I’m a white young lady. I grew up in a very white town. For my entire life, I’ve been provided with a sense of security, be it economic, social or educational. Even if I’ve ignored it, it’s always been available. And I’ll admit, I was not always aware of the ways in which I was entitled and at a certain point, I would have argued that I was not. You see, when you’re young and light-skinned, trapped in a town full of people just like you, you grow up naïve. Doors inevitably open up for you and due to the ease with which I could move through certain spaces, I assumed the same opportunities afforded to me were the same ones afforded to everyone else.

Of course, I was wrong.

I’m interested in discussing race because everyone I know who is white and liberal is scared to do so. It dawned on me that the reason we don’t talk to each other about race is because it’s a minefield to which no one has the manual. We have an avoidance issue on our hands! We’re a nation avoiding the elephant in the room. We don’t like to bring up issues of race because, basically, no one wants to be labelled a racist. Yes, it’s uncomfortable. Yes, sometimes it’s hard to talk about. But not talking about it is a problem. More specifically, it’s a problem to do with white privilege.

You don’t register race? You don’t see it? Then you aren’t acknowledging the very real ways in which racism has existed and continues to exist, both in individuals and systemically. By professing not to see race, you’re just ignoring racism rather than solving it. It’s a way for white people to subtly brush issues of race under the rug in an attempt to unburden themselves. Colour-blindness allows white people to point to racial advancements, such as school integration and affirmative action (seen as heavily positive intervention in the West), as proof that racism itself is obsolete. Meanwhile, the role that institutional racism plays in determining access to good quality education and career outcomes is completely ignored. It permits white people to pretend that racism isn’t the urgent problem it once was.

And I’m calling it bullshit.

We don’t live in a “post-racial” society, not while racism is so thoroughly ingrained in our social structures and institutions. By claiming that you don’t acknowledge race, you are imposing your whiteness on everyone as a default standard of sameness. You are negating the experiences of anyone who is not white, thereby suppressing critically important narratives of oppression. Once you view everyone through a colour-blind (white) lens, you deny the realities faced by non-white people and fail to recognise any injustice.

So why do the white people I encounter not like to talk about race? Why do they claim to be colour-blind? Because promoting colour-blindness is easy. It eliminates the need to recognise and discuss extremely uncomfortable realities.

However, I think it’s time for the naïve white people in my life to realise that by claiming not to “see” colour, you are stripping people of a fundamental aspect of their identity. So, I want to encourage them to be brave. Have the tough conversations. Acknowledging race doesn’t make you racist. Pretending it doesn’t exist, however, is a different story.