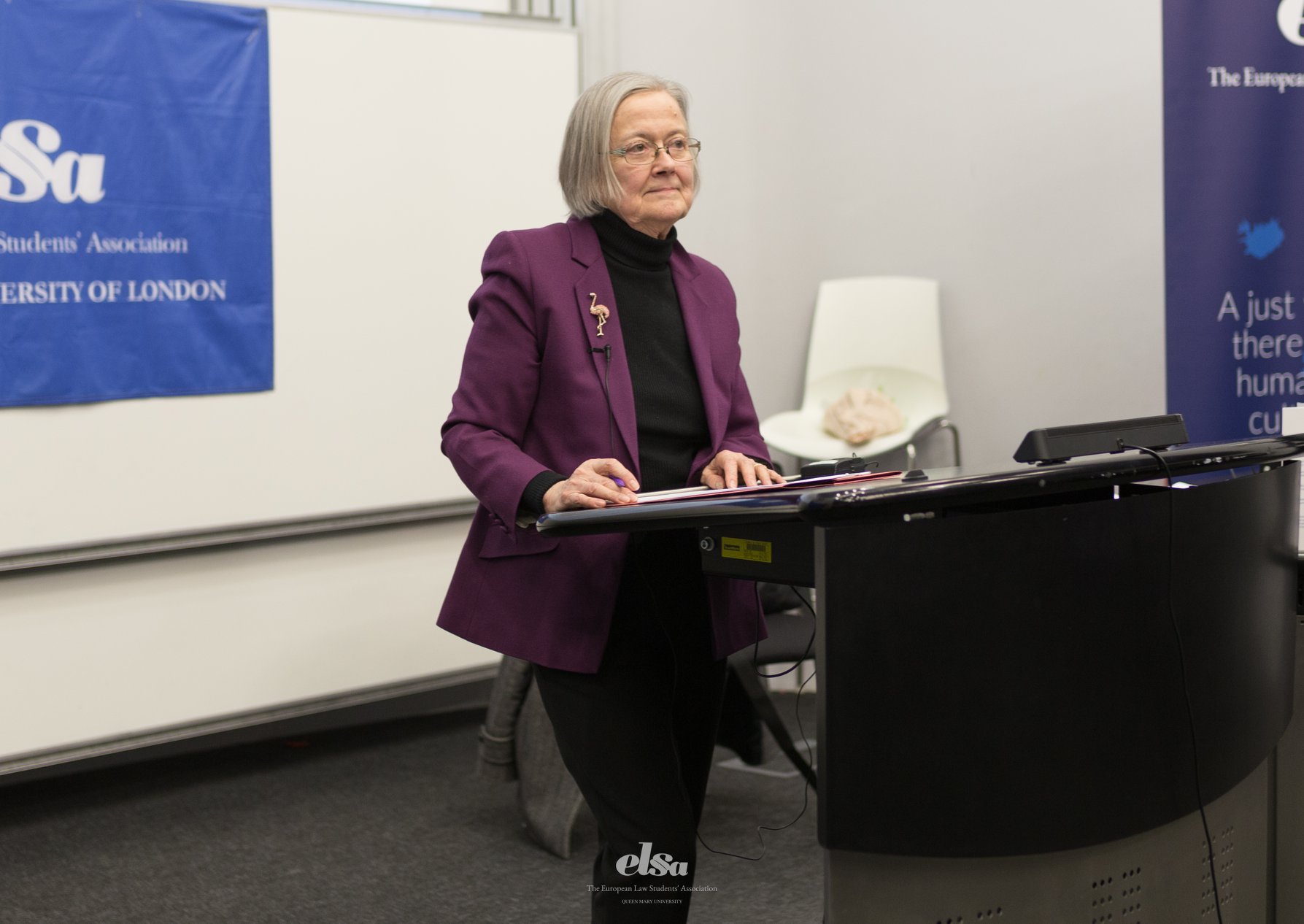 In conversation with Lady Hale of Richmond

One  of the greatest barrier breakers in the legal profession is Lady Hale of Richmond, President of the Supreme Court of the United Kingdom. She is the first woman to ever achieve that position. In fact, Lady Hale has quite a few firsts as she was the first woman appointed Lord of Appeal in Ordinary and she defied a series of odds from the time when she decided to study the law.

She was invited by QMUL’s ELSA on the 19th of March, to give a talk in which she decided to highlight three different issues: what she wished she knew when she was a law student, what the decisions of the Supreme Court mean, and the diversity in the legal workforce.

Lady Hale grew up in Yorkshire and she was the first student from her school to ever attend Cambridge University which at the time had 21 schools for men and 3 for women. When she decided to study the law she was not discouraged by her teachers. “At the time to study law you needed for your father to have been a lawyer, otherwise it seemed pointless, but I am grateful to my teachers for encouraging me to do it.” She went on to outline a series of barriers to the law she had not been aware of as a law student. She was of course referring to the unequal and unfair treatment of women, which still persists today. Lady Hale is still facing those unfair quotas today as a Supreme Court judge. Explaining that inequality is still a long way from being alleviated. “From last year we have doubled the percentages of women in the Supreme Court. From one woman, we now have two. Funny how percentages can be deceiving,” she added with a smile.

Lady Hale went on to talk about the importance of the decisions of the Supreme Court by expounding that the ones picked for adjudication are cases that refer to a constitutional issue that affects a large percentage of the people, with one case in particular which proved to be a landmark in the Brexit climate; the Miller case. The advantage of the Supreme Court is that 5 minds coming together to make a decision are better than 3, as found in the Appellate Court, which is why they need to be as diverse as possible. “The lack of diversity matters. Big decisions ought to be decided by a group of people reflective of society,” Lady Hale elaborated and then added “and if you cannot persuade the rest of the judges, you can always dissent” causing the students to erupt in laughter.

Finally, she received several insightful questions. When asked if she found it easy to balance her work and personal life she took a moment before replying. “I would like for your generation to think that work/life balance should be an issue for both men and women”. When asked about any advice she might have for current law students she again took a moment before saying “work hard and efficiently.” Her presence was calming but also vigorous, at the age of 73 she has two more years before her retirement from the bench, there is no doubt however that she plans to keep driving social progress forward.