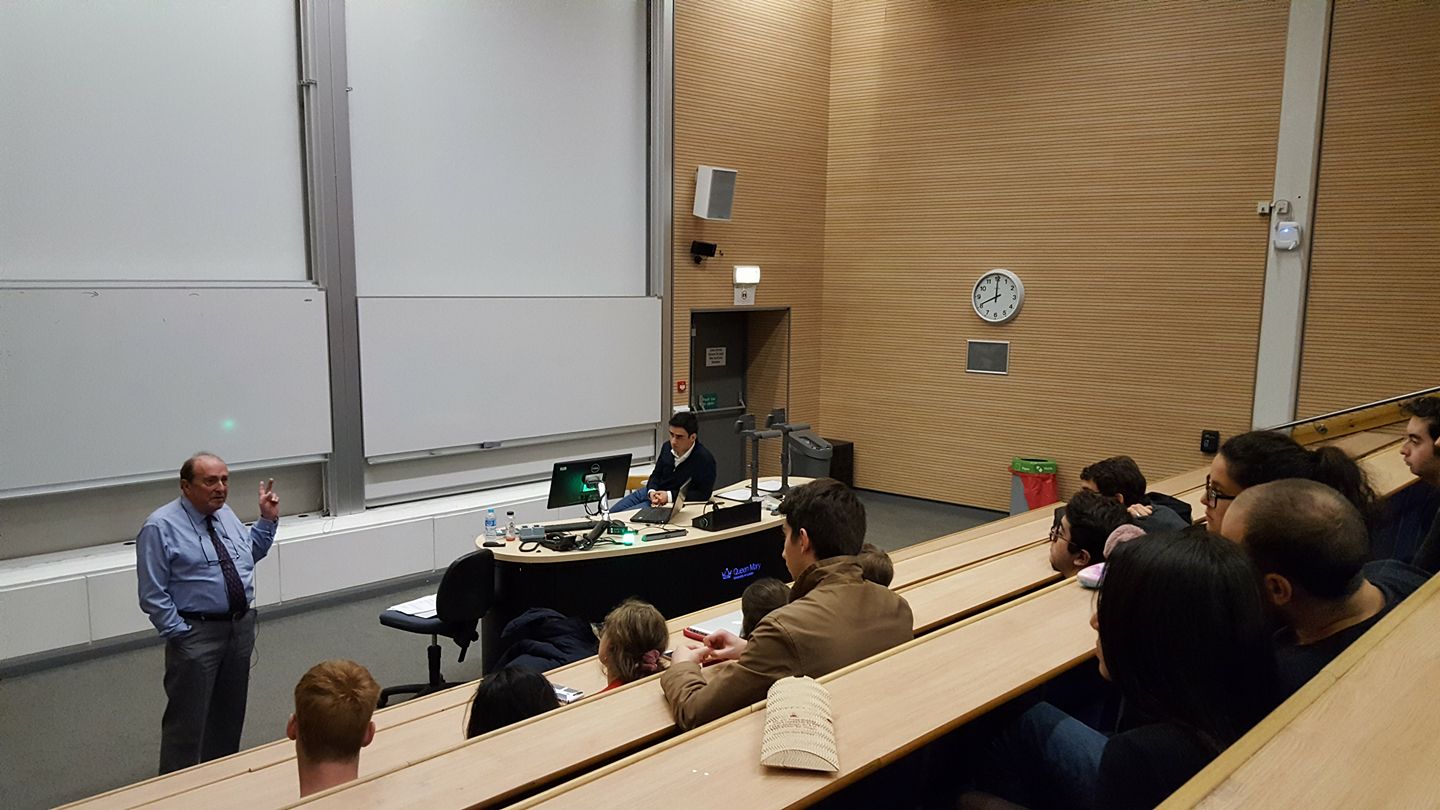 Holocaust Memorial Day: why it is important to remember

“I survived the holocaust but my parents didn’t… I tell my story because the next generation needs to know.” – Henry Schachter

Henry’s parents moved from Poland to Germany years before the war. He was born in Berlin in 1939. That same year, his family was forced to return to Poland after Hitler expelled the Poles from Germany. After Kristallnacht, Henry’s father decided they needed to leave Nazi-occupied territory. They went to Krakow, where they managed to get forged documents. Their German nationality helped them, and from Krakow they fled via Germany to Belgium. This year, the QM Jewish and Israel Society was proud to host Henry as our Holocaust Remembrance Day guest speaker on Thursday January 25th.

Henry’s story, like so many others, is built upon luck and other circumstantial factors. There were myriad moments where everything could have gone wrong. This can be illustrated by a tiny anecdote out of Henry’s life. During the family’s journey to Belgium, Henry was barely a few months old. They were supposed to cross the Ardennes in a van with 18 other people when baby Henry started crying. The smuggler told them that Henry’s noise was too big of a risk for the other refugees, so he left Henry and his mother alone, and promised to return to come get them. He left, and the two waited there for hours. Luckily, the smuggler eventually came back and took them across the border. He could have just stayed away and have left them there to die, but he didn’t.

They then moved to Brussels, where they experienced about a year of calm before the German invasion of May 1940. At this point, Henry’s parents tried to flee to Britain through the Pas-de-Calais, but ended up getting stuck in Calais. Sounds familiar? That is because this is still happening, and yes, that is an explicit reference to the 2014 refugee crisis. Regardless, Henry and his family went back to Brussels and went into hiding for six months.

His parents then decided to place him with a Christian Belgian couple. Henry remained under their couple’s care until the end of the war. Whilst he was in hiding, his parents were captured by the Gestapo and deported to Auschwitz. They would both perish in the Holocaust. His mother died, much like Anne Frank, in Bergen-Belsen just a few days before liberation. His dad was shot in an escape attempt, following the news of near-liberation.

‘A single death is a tragedy; a million deaths is a statistic’ – Joseph Stalin.

Henry’s tale is just one of many, but it is an ever important one. The Holocaust is a collection of stories – when the stories become irrelevant, so do the facts. Each year, fewer and fewer survivors are able to share their experiences, and that is precisely why it becomes more important to highlight and record them.  As the European Jewish Congress president Moshe Kantor said, without the direct memory of Holocaust survivors being passed down through the generations, there is an imminent danger society will forget, and forgetting leads to the repeating of history.