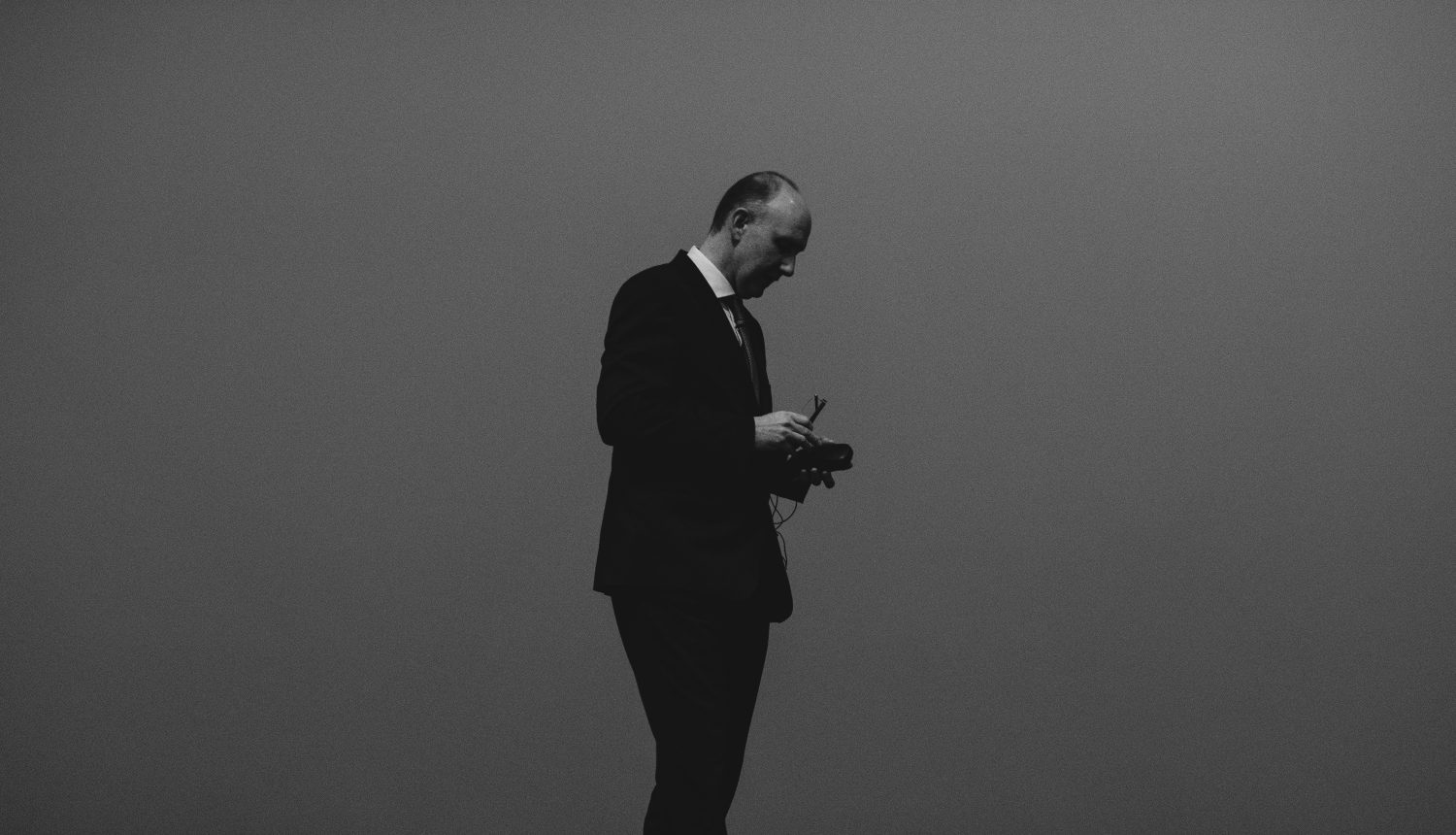 “Higher education as we know it would disintegrate.”

After several failed negotiations with UUK, the University and College Union (UCU) released a 14-day strike timeline, backed by 88% of its members in a 58% ballot turnout, that will cease all seminars, office hours, and lectures. The strike began on Thursday February 22nd (however, this fell on Queen Mary’s reading week, which is why QMUL staff began striking on Monday February 26th).

Although pension cuts were discussed back in November, the news of a strike suddenly decorated several of the School of Politics and International Relations’ doors and cork boards. Yellow UCU posters emblazoned with hashtags demanding fair pay provided some sunshine to offset February’s gloom.

Publicity for the strike went viral: the Student Enquiry Centre created a webpage dedicated to FAQs about strike action, leaflets covered the floors, and module tutors and convenors even contacted students about how they could express their support.

One email even reminded students that “teachers are not [actually] happy to be striking” because they acknowledge that it equally affects the student’s learning as it does their pay.

The implications of these cuts are not only restricted to university staff or academia hopefuls, but the entire student body. Students are seeing their tuition fees going up and the rising debt weighing down on their future, so if the quality of education begins to deteriorate, then the decline in students going into university will not be far behind.

Perhaps the most significant student grievance is the timing of the strikes, which clashes with the last weeks of the semester. Without the guidance of lectures and the help of tutors during office hours, students in their penultimate or final year must rely on each other for upcoming exams and essays.

If negotiations between the UCU and UUK in the upcoming weeks fail to materialise any solution or compromise, then the subsequent collateral damage will impact all members of university institutions equally. Nonetheless, the focus should continue to be on QMUL staff.

Collective action is most effective when participants are committed and informed, so before starting a frenzy about refunding your fees, understand why USS pensions are under attack. For this task, SPIR’s Dr. James Eastwood offers some clarification on all the economic jargon that UUK’s website did not.

“Under the law, a valuation [of the USS] must happen every three years. Apparently, the scheme is in a [£7.5bn] deficit—I would dispute that—so the only resolution is for employee benefits to either go down or for employer contribution to go up.”

According to Dr. Eastwood, the flaw is in the “inappropriate” methodology of the valuation, which “treats universities like a private company” that could go bankrupt tomorrow.

Eastwood went on to further criticize the valuation for its projection of longer life expectancies (contrary to the fact that UK’s mortality rates have slowed in recent years) and a 4% earnings increase that he has not seen since 2006.

While UUK’s Policy and Analysis webpage claims that these assumptions are imperative for a complicated calculation of future costs and risks, Eastwood argues that the “best estimate is that the scheme is healthy.” If anything, the scheme is in surplus: the UCU’s First Actuarial commission reported that the USS, as it is, would be able to continue paying pensioners for 40 years without touching its assets.

The UUK promises that these changes will undisputedly create a more sustainable pension scheme and provide a wider array of options for where one could invest their money.

But Eastwood’s not having it.

“There is a real danger that the cuts will result in the scheme’s collapse as people choose to put their money elsewhere.”

The shift from a Defined Benefit scheme to Defined Contribution places the security of going into academia in the shaky hands of the stock market, therefore there can be no guaranteed level of a fixed annual income during retirement. This shift was UUK’s resolution to the deficit, because an increase in employer contribution is supposedly “unaffordable”. Once again, employers are exonerated from any future risks because their employees take the fall.

Recent discourse in the media puts this “unaffordable” claim in the spotlight because of the controversy surrounding vice-chancellor pay and just how much is fair enough. Tensions will inevitably arise when tutors and professors hear about their pensions being at risk while vice-chancellors are getting Guardian articles written about why capping their income at £150,000 does not do their efforts and expertise justice.

These tensions foreshadow the damage of this pension gamble on two pillars necessary to uphold academic institutions: reputation and staff morale.

If the strikes fail to reverse the casting vote of the chairman for USS’ negotiating committee, then this would be the third budget cut for universities since 2009.

For a country that encourages its citizens to pursue higher education because of its supposed guarantee of economic stability and upward mobility, it is becoming increasingly clear that the national economic policies it implements and the democratic principles it expounds have yet to sync up.

Rather than investing in the very sector that provides this pathway to student success, the staff’s worth is being hung out to dry regardless of the party in parliament. This degradation of academic staff coupled with a post-Brexit uncertainty in the economy and migration policies, academics may find themselves asking: is England really for me?.

Dr. Eastwood sees silence on the part of the administration as counterproductive to their futures objectives for Queen Mary.

“Elite universities, like this one aspires to be, try to attract the best staff through salary and pension packages, but we’re now seeing better packages at former polytechnic universities. There are universities around the world with better packages! So, if we start to feel like they don’t think we’re worth the investment, the UK will lose its competitive edge in the global marketplace for  education as staff will no longer be as talented or divers.”

If academic institutions become demotivated and unhealthy workplaces, what is its implications for the future of higher education in the UK?

On February 15th, professors held a student meeting in the Geography building to find out. Upon entering the room, Dr. Eastwood passed a piece of chocolate cake to all attendees—it seemed to be their way of showing their gratitude—while Dr. Lee Jones was preparing to present the facts, all the assumptions, and all the consequences of the cut.

“I became an academic because I was transformed by influential teachers. But our working conditions are your learning conditions. Staff under constant economic assault can’t provide a world-class education.”

What stood out the most from Jones’ presentation was the 91% of UCU members at QMUL who agreed to strike. This almost-unanimous turnout would typically be sufficient enough to pressure any university into re-negotiations, but QMUL’s President and Principal Colin Bailey has yet to speak out against the UUK’s decision.

Malia Bouattia, the former president of the National Union of Students, followed Dr. Jones by using his facts as a map for action. Her strategy transcended beyond resistance against UUK and focused more on challenging the nationwide “normalization of privatization,” which saw the “boom in university investment and management cutting costs.”

She also took the same stance as Eastwood did regarding the growing demand to refund student fees. Rather than interpreting it as student disengagement with the strike, Bouattia saw it as an opportunity to not only threaten academic institutions but  also policymakers as well.

If this strategy is employed, “collectively as a form of resistance and solidarity with staff,” then Bouattia believes that the strike would serve as a backlash to the commodification of education. When management and government continue to demand and accept higher fees for students without keeping up their half of the bargain, the system collapses entirely, and they are left explaining where “sustainability” went wrong.

Before moving forward on how students can showcase their solidarity, it should be noted that the repercussions of the cuts do not stop at personal financial losses.

Dr. Sadhvi Dar, Queen Mary’s UCU secretary, offered a unique perspective on just how pervasive the consequences of UUK’s vote are for the vulnerable and the disadvantaged.

“Go on to Queen Mary’s Human Resources page, and you’ll see that 55% of staff employed at the lowest pay-grade in this institution are workers of colour. As the pay-grade increases, the number of people of colour employed in those higher grades slides down sharply.”

According to Dar, these data sets illustrate that while Queen Mary is doing relatively well in employing an ethnically and racially diverse staff, the progression of WOC is “just as stunted as other universities.” Poor progression rates negatively impacts one’s pensions because factors like salary and length of employment determine your retired annual income. This fact alone scratches off academia for anybody coming from a marginalised community looking to create a better future for themselves.

In addition to this, WOC are not as present in managerial or administrative positions. There is currently nobody at the table with Bailey that is reminding him just how detrimental these cuts will be for BAME members of staff.

Secondly, the cuts add more fuel to the fire by also targeting young academics just beginning in their careers. If staff is predicted to lose an average of £10,000 per year, that means young professors are losing an average of £200,000 throughout the entirety of their career. This estimate, however, only targets those with permanent contracts.

66% of teaching at Queen Mary is delivered by staff on an hourly-paid or fixed term contract, which makes them the most exploited among all staff at QMUL. The average student is approximately £50,000 in debt: who would willingly choose a career in education if there is no longer a guarantee for return in investment or the prospect of long-term financial security?

Evidently, this strike is much bigger than pension cuts. This strike is, as Queen Mary’s UCU representative said at the student meeting, about the “marketisation of the education sector and about fair and equitable working conditions.”

Students have a responsibility to themselves and future generations to stand on the moral side of history. Just as the UCU stood with the NUS during all the demonstrations and protests against tuition fees, the NUS is now standing with the UCU because both unions are “committed to promoting the interests of our members and to defending education.”

So, frame your profile picture on Facebook with UCU’s call for solidarity. Email the principal and convince him into convening renegotiations with UUK. Print out the petition on Change.org and tape it all over campus. Show up to the picket line with awfully crafted posters and protest alongside your professors. Exercise your democratic power.

Everybody needs to throw their weight behind this because, in the chilling words of Eastwood, “if we lose this, they can get away with anything“.