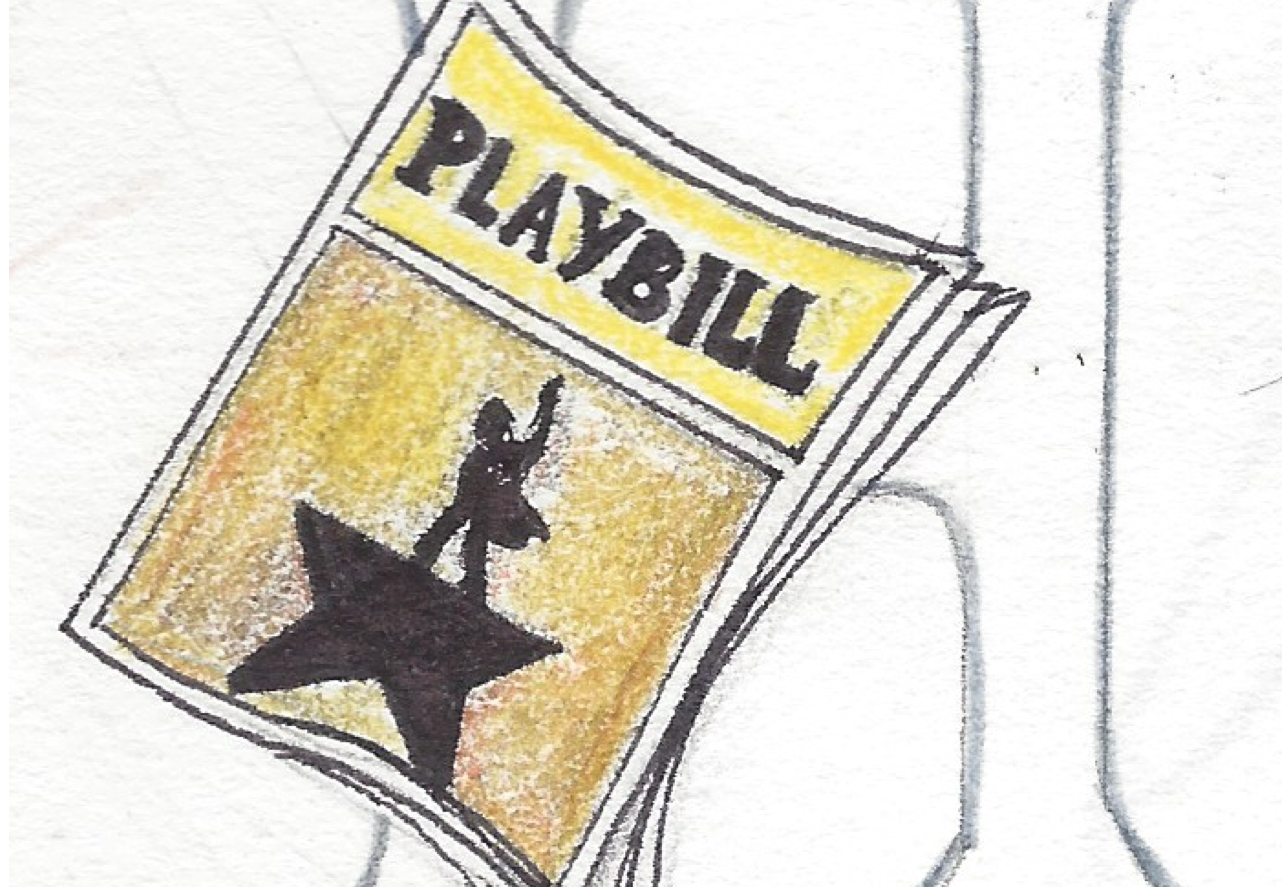 Hamilton: The Choc-Ice of Musicals

By Katherine Butterfield on 12th April 2018

The famous musical ‘Hamilton’ has been applauded for its BME representation – but is it really ethnically inclusive or just a huge sham?

Picture this: you’re in the audience to see ‘Hamilton: an American musical’ live. You sit down, and start reading your Hamilton programme (seriously, you paid £130 for these tickets and they want you to fork out another £5 for a book?). With joy you see that the cast is comprised mostly of individuals from BME backgrounds: you’re glad because there is a distinct lack of minority roles in theatre productions. You’ve hyped yourself up, because you’re keen to see this new, updated take on the American Revolution. It’s been sold to you as a retelling of the tale in a race-conscious, inclusive way.

And yet, you look around. The people sat either side of you are white. You crane your neck around to see the rest of the audience, and they also are predominantly white. Even you, yourself, are white. “What the hell?” You ask yourself, “how is it that a musical so clearly aimed towards bringing the minority voice into dominant narrative, through traditionally black styles of music and the multi-racial casting, has only attracted a crowd of middle class, middle-aged white people?”.

Let me shed light on this phenomenon:

Hamilton frames itself as new, refreshing and revolutionary regarding the way it portrays race – yet it actually pushes the voice, worldview and values of the status quo, or dominant class. When it comes to Hamilton, I’m arguing that all it does is simply repackage the same traditional white narrative of the American Revolution into a consequence-free multicultural package which middle-class whites can enjoy without feeling guilty about the whole, y’know, slavery part.

Take an example: Washington and Jefferson were both slave owners, however one is presented as a villain, and the other is presented as a hero. For Jefferson, the fact he owned slaves justifies his villainous portrayal, whereas Washington’s complicity with the institution is nicely brushed aside in favour of unblemished hero worship. If this were played by both white characters, the underlying narrative would not change. Washington would still be a hero, as is the dominant narrative, and Jefferson the villain. Except, the main problem, is that if this were played by white characters, it would not be hailed as progressive, but quite the opposite. The recasting is used as a gimmick to hide the hypocrisies of the traditional account of the American revolution that Lin Manuel-Miranda has beautifully regurgitated into lyrical format.

Whilst of course this was done in good intentions, what Miranda has done is repackage, or remarket, the traditional narrative (which consists of the exclusively white-only struggle for ‘freedom’ from British rule), by making the more problematic aspects of the narrative “okay” because they’re played and presented by POC actors, making it a tool for the rich bougie audience who pay extortionate amounts of money to watch and feel better about the fact that the historical figures it deifies were racist, hypocritical slave-owners!

The multi-racial casting is provided as a substitute for actually granting a platform to the black voice of the time. This is key to the traditional narrative of the American Revolution; to sustain the narrative of the glory of its actors and the personal battles they fought with each other as the driving force. They only mention slavery through the mouths of historic white actors as either a method to liken them to the audience (as with Hamilton and his so-called abolitionist tendencies) or to vilify a character (as with Jefferson, and “whatever you do in Monticello”). This excludes black voices and genuine black experience, and erases the very relevant aspect of slavery and the pivotal role it played in the revolution.

In counter to the above argument I have had people tell me, and this is a direct quote, that adding original POC characters “would add literally nothing to the story? Hamilton IS a white guy and the influential people in his life are all white – of course it’s going to be a white narrative! there’s nothing wrong with that?”.

Okay, so slavery and the threat of its abolition as a trigger has been identified as a driving factor in the revolution- a fact sorely missed in this musical. Not only this, but the successes of almost all the main characters in the story were built directly or indirectly upon the financial benefits gained from slave-holding. Furthermore, 5% of soldiers fighting in the revolutionary war were black. Surrounding each cabinet battle, there would have been a slave in attendance. The American Revolution is not just a white story, it’s not that simple. To justify the fact that there are no historical black characters in the musical itself, with the claim that it’s a “white narrative”, is actively erasing the experience of the 400,000 or so black slaves that were being held in America in that period in history.

Genuinely, just digest this: not one historical black figure had a line. Not one. In pretty much every scene in this play, there would have been slaves or black members of society in attendance. Yet none of them speak so much as a word. Slavery is mentioned as something that is just happening in the background, but realistically it was a crucial factor driving the very events in the play. The only named black historical character mentioned (in passing and as a gag) was Sally Hemings. Did Miranda think she had nothing of worth to say?

Just because it’s performed by minorities, it doesn’t necessarily change the underlying erasure of black voices from the American Revolution. In fact, by falsely presenting it in this racially groundbreaking way, it is diverting attention from the very real need to contextualise and retell that particular tale in a more inclusive and critical way. As James McCaster writes, “How many one-percenters walk away from Hamilton thinking that they are on the right side of history simply because they exchanged hundreds of dollars for the opportunity to sit through a racialized song and dance?”. Is Hamilton giving an easy pass to a highly problematic history? My guess is – yes.

But of course, that doesn’t mean one can’t enjoy the musical itself, nor should it negate it’s incredibly important, positive message about immigrants, especially given recent political developments in America. Yet, when listening to the piece, one shouldn’t exchange enjoyment for questioning its problematic nature. Only by identifying the issue can it be tackled at all. Maybe then, when they inevitably make a psycho trap album about Andrew Jackson, it might actually include the historic minority voice.