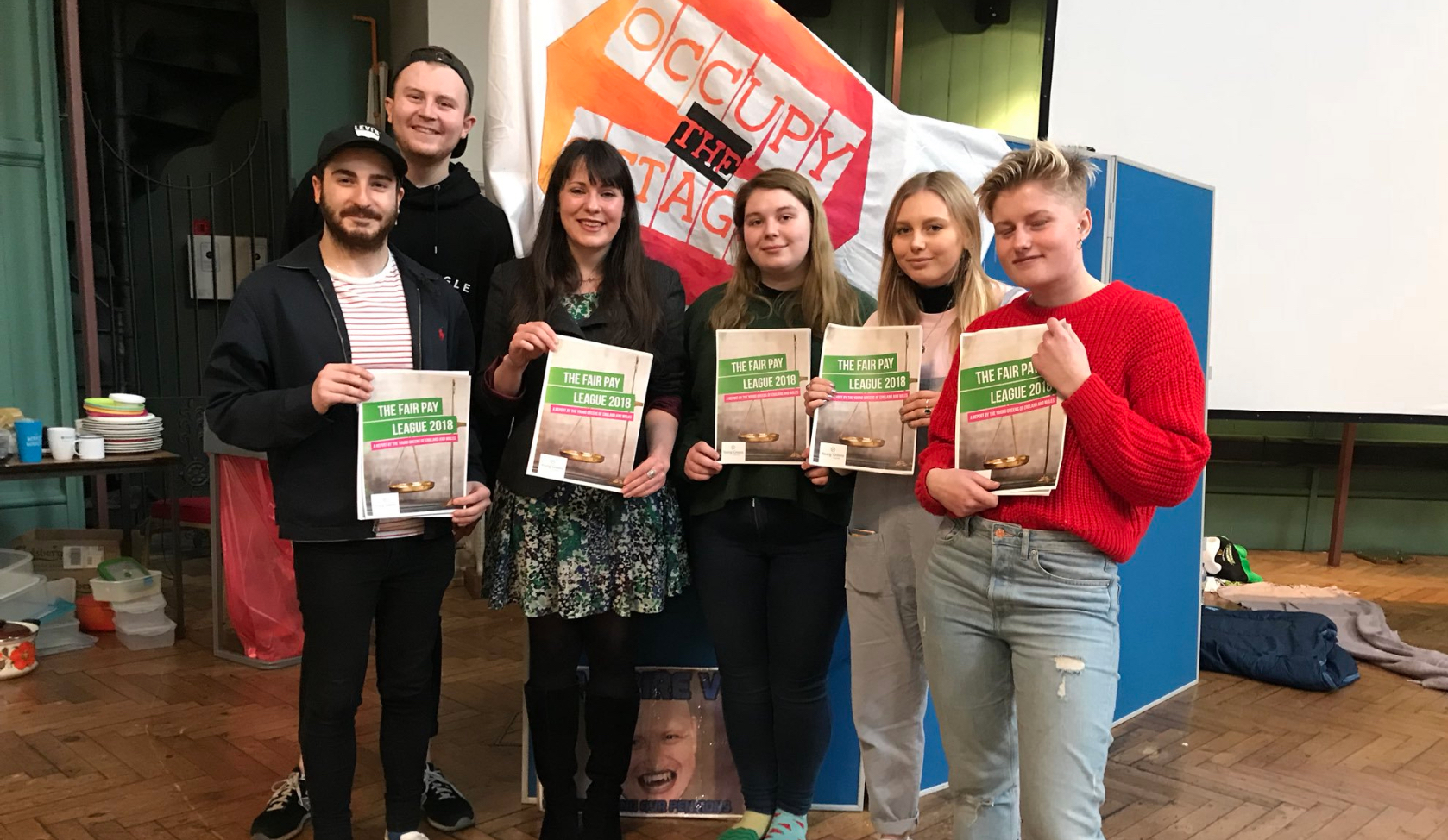 The Octagon occupation saw many students and staff coordinate events in its space. One such event was a visit from deputy leader of the Green Party, Amelia Womack, and Georgia Whitaker, the Young Greens Officer.

The speakers were planning on sharing information from their latest report, titled ‘The Fair Pay League 2018.’ Womack and Whitaker were half an hour into their presentation and Q&A session with the students at the occupation, when seven policemen and a member of Queen Mary Management entered, stating that someone was spotted with a knife entering the Octagon.

After they had assessed the situation, it became apparent that no danger was present, and the seven policemen left the campus in their two police vans.

Some students believed this was a deliberate attempt by University Management to discourage Amelia Womack from speaking; she was not submitted through the university’s speaker vetting system before the visit. However, a spokesperson for Queen Mary told The Print, “the police were not called by university management”.

Queen Mary are denying @Amelia_Womack access to #occupytheoctagon where we planned to launch our 2nd Fair Pay Campus Report today. RT if you agree it is OUTRAGEOUS they’re using our event as leverage to force the students to end their courageous occupation. #freespeechoncampus pic.twitter.com/00o55uLkk5

The statement from Queen Mary went on to say: “The booking process, which covers health and safety, insurance and licensing issues, applies to all Queen Mary events. In this case, it was not followed, and that is a concern which was raised at the time.”

The report presented by Womack and Whitaker presents shocking statistics about the state of university pay disparity across the country. They discussed the Young Greens’ goal of instating a 10:1 ratio between the highest and lowest paid staff at the university. In terms of fair pay, they ranked Queen Mary 13th worst out of 117 institutions, with the highest paid employee earning £285,829, and a total of 37 staff being paid £140,000 – five of those being women.

Womack and Whitaker have high hopes from pursuing this report, and are inspired by student activists all over the country: “You have to make sure everyone’s armed with the statistics, putting this on the national agenda, organising campaign packs, and mobilising student activists on every campus. There is a correlation between student activism and fair pay. I hope that gives you some sort of inspiration.” In advising students to pursue activism, the two said: “Keep probing. You’ll often find something completely flawed. Keep asking about that.”