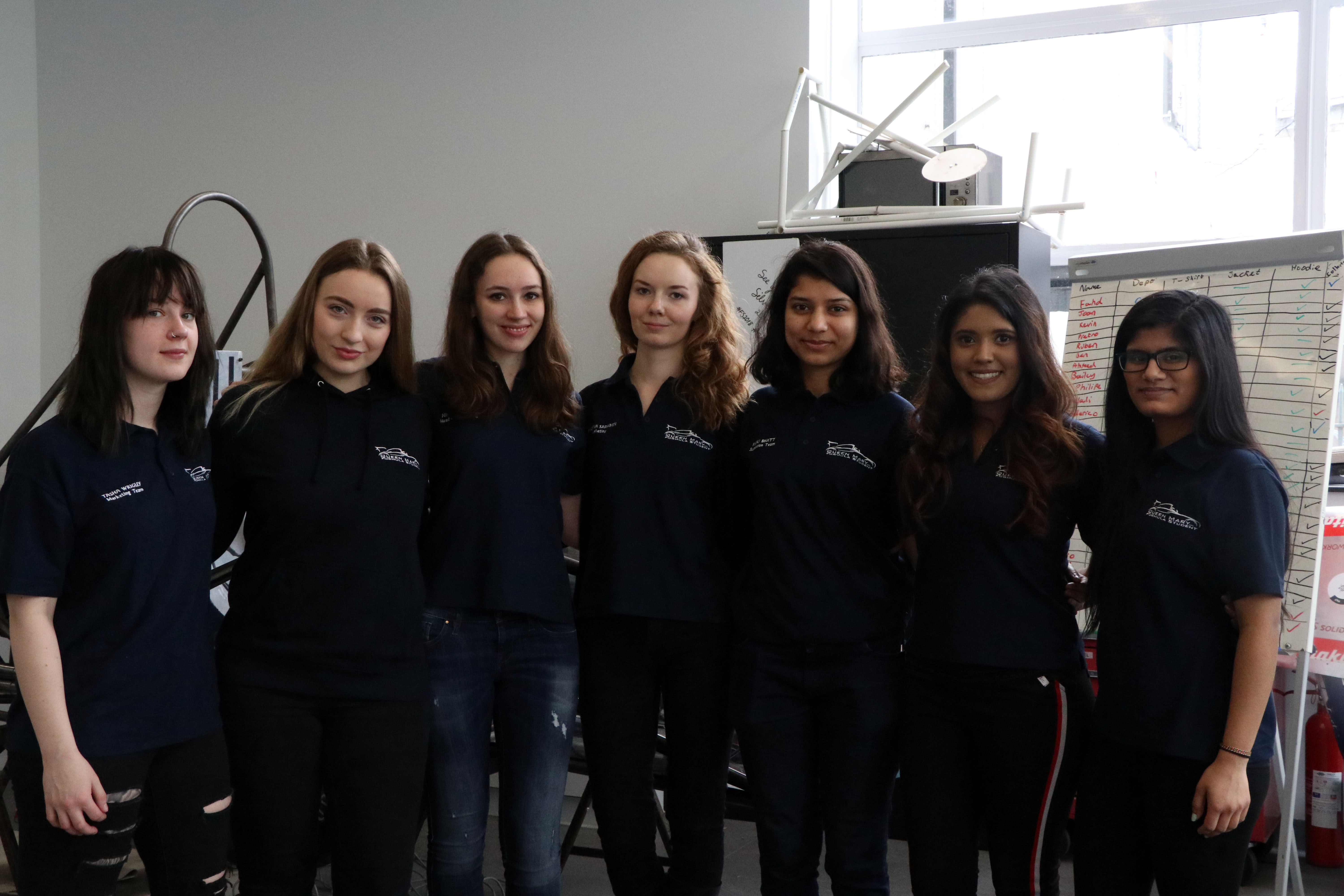 Formula 1 is not just for the boys: the women of Queen Mary Formula Student

Though it has been over 40 years since a female driver entered a Formula One race, there is a growing number of women involved in the engineering and operations areas of motorsport. Who knows, maybe the future of F1 will no longer be male-dominated? The history of women in Formula One (F1) is not a long one. In total, there have been five female Formula One drivers, but only two of them have actually qualified and entered a race at a Grand Prix. Maria Teresa de Filippis was the first woman ever to compete during the 1958 and 1959 seasons. Fifteen years later, Lella Lombardi entered the total of seventeen races during the 1974, 1975 and 1976 seasons and is the only woman to have scored points in the World Championship.

Many of you have probably wondered why female drivers are still so rare. Could gender-based stereotyping be to blame? That would be a natural first guess as in the past F1 was often considered a man’s sport. In fact, Maria Teresa de Filippis got banned from the 1958 French Grand Prix after the race director said that: “the only helmet that a woman should use is the hairdresser”. The truth is, motorsport is one of the only sports in which women can compete on the same level as men, and any presumptions or beliefs that girls are not physically or mentally able to drive competitively are just simply not true.

However, the times are changing as currently women occupy important roles in the world of Formula One. In 2012, Monisha Kaltenborn became a team principal for the Sauber F1 team, which made her the first woman in the history of the sport to fill that position. The list goes on: Claire Williams is the deputy team principal of the Williams team, Gill Jones is Red Bull Racing’s head of trackside electronics, the senior strategy engineer roles for the Sauber and Sahara Force India teams are occupied by Ruth Buscombe and Bernadette Collins respectively. Also, more women get behind the wheel as development and test drivers.

Showing that motorsport is a viable career option for young women became a mission of such organisations as ‘FIA Women in Motorsport’ or ‘Dare To Be Different’ founded by a former British racing driver Susie Wolff. Apart from providing training, mentoring and organising networking events, they promote the involvement of women at all levels of motorsport and as a result create role models for the next generations of female drivers and engineers.

The Formula Student competition is an example of how university students around the world are encouraged to pursue a career in F1. Organised by the Institution of Mechanical Engineers (IMechE) and backed by industry and high-profile engineers such as Patron, Ross Brawn OBE, the competition aims to develop enterprising and innovative young engineers whilst encouraging more young people to take up a career in engineering. In this competition, teams have to design and build a single-seat racing car to be tested in a variety of static and dynamic events. In addition, each team delivers a business presentation to a panel of judges, who act as representatives of a manufacturing firm, to convince them to invest in the team’s race car business.

We are very proud to say that our own Queen Mary Formula Student team is the Best Newcomer of 2017 in the UK. Currently, we are working on our second car ever and looking forward to this year’s competition at the F1 circuit in Silverstone.

We would like to introduce you to the women of Queen Mary Formula Student. Even though we are the minority of the team, we all share the same passion and work towards a common goal, which is building an awesome racing car.

Tasha Wrigley is a first year Aerospace Engineering student who joined the Marketing team in September 2017. “I’ve always watched F1 and used to help run a car club, I’ve messed around with cars with my dad from being 9”. Tasha is also on the Go-Karting team of the University and would like to pursue a career in motorsport after leaving University.

Kasia Adamska is a second year Electronics with Music and Audio Systems student and joined the Marketing team in January 2018. “From a very young age I’ve been struck by the aesthetic values of sport car design. I think it is fascinating how technological development affects the functionality and gadgetry of cars.” Being a part of Formula Student encouraged her to consider a career in motorsport.

Nina Mangold is a final year Film Studies and Drama student and joined Queen Mary Formula Student in September 2016 as Head of Marketing. As a head of department, she is responsible for managing the Marketing team and making sure that everything we do is consistent with our brand image. Her interest in racing started with playing the Need For Speed series and a Colin McRae Rally PC game. She also did a summer internship at an Aston Martin branch in Switzerland in 2016 and joined Formula Student to get some insight into race car engineering.

Kristiina Saarinen is a third year Film Studies student who joined the team in September 2016 as Deputy Head of Marketing. She said that: “there’s no particular moment when I became interested in motorsport, since motorsport, especially Formula 1, have always been part of my life as I grew up in a family that watches every F1 race and follows it with great interest.” Kristiina is not considering a career in motorsport at the moment but (cliché alert) with life you never really know.

Anjali Bhatt is a MSc Aerospace Engineering student who joined the Suspension team in February 2018. She is responsible for designing upright and performing load calculations of the suspension system. Anjali became interested in F1 during the second year of her undergraduate degree when she was part of a Formula Student team at her former university. Later on, she would like to work in the aerodynamics departments of formula car companies.

Ranmini Paranawithanage is a first year Aerospace Engineering student who joined the Drivetrain team in September 2017. She has assisted her father in mechanical repairs and learnt a lot from his professional skills. During her work experience at the British Airways Engineering Base and Terminals she familiarised herself with aspects within a car such as hydraulic braking systems. Taking part in Formula Student provides Ranmini with an insight into the parallels of aerospace structure and automobile systems, which can later be applied when pursuing a career in motorsports.

Uvena Yogarajah is a first year Aerospace Engineering student and joined Queen Mary Formula Student in September 2017 as a Chassis team member. “I became interested in Motorsport due to the engineering and design behind the incredible speed and ability of the cars. Also, by seeing how the technologies used refine the expectations of future cars.”

We are proud of our diverse team consisting of 17 different nationalities and 21 spoken languages. As our members study a range of degree subjects across the university, each member provides the team with their own personal skills, creating a distinct work environment. Queen Mary Formula Student has more women on the team than ever before and we are hoping to increase this number even further in the coming years.

To all the girls reading (and boys too): why not join us in September 2018?